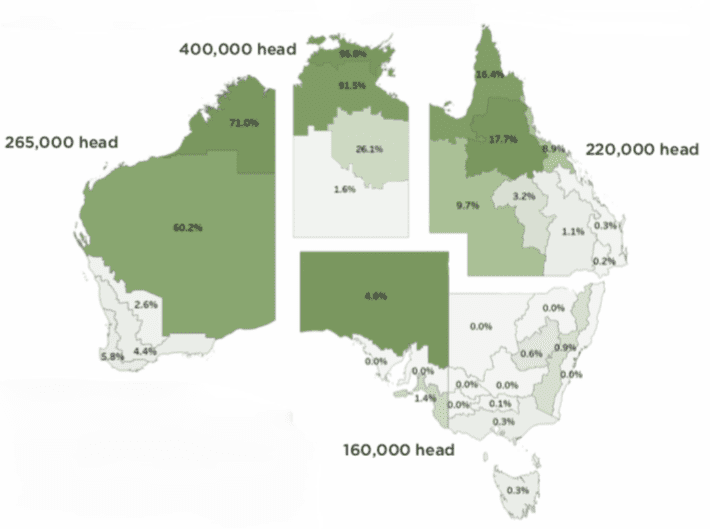 The average percentage of cattle sold to live export as a proportion of total cattle sales within each zone over the 2012-2017 period. Source:Value analysis of the Australian live cattle trade – key highlights November 2018, Mecardo.

AN ANALYSIS of the value of live exports to the Australian cattle industry shows that over $620 million of the industry’s average annual revenue is returned to the farmgate. 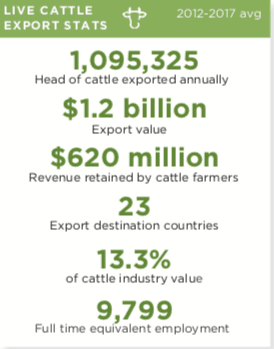 The research was commissioned by LiveCorp and Meat & Livestock Australia and conducted by Ruralco-owned market intelligence company Mecardo.

The study involved survey and regression modelling by Mecardo using data from sources such as ABARES and ABS, and two surveys of 161 industry participants. Mecardo also produced a series of webinars for the project. 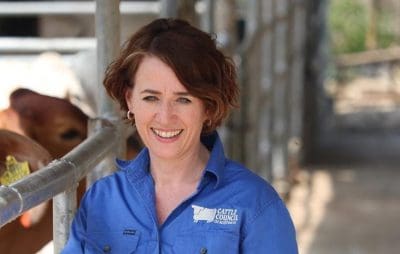 Cattle Council of Australia said the research confirmed the economic and social imperatives of the industry and its positive impact at the farmgate.

“This research is important because it gives us a clear understanding of the returns to the production sector, showing that that over $620 million of the industry’s average annual revenue is returned to the farmgate,” CCA chief executive officer Margo Andrae said.

Ms Andrae said the analysis was timely in light of the current drought pressuring the cattle industry.

“As we are seeing again this year, producers are forced to de-stock when the season fails, and live export demand helps absorb the drought-driven supply of cattle not suitable for slaughter,” Ms Andrae said.

“Competition and diverse market options are always critical for producers, but during drought the way the live trade can put a floor in prices for lighter cattle and act as a relief valve in the market absolutely crucial.”

Ms Andrae said that whatever the seasonal situation, the ongoing national importance of the livestock export industry was clear.

“The trade provides employment for 10,000 Australians, including more than 2000 on-farm jobs,” she said.

“On cattle properties in the Northern Territory and north-west Western Australia where properties are heavily reliant on live export, indigenous employment accounts for 10-15pc of the workforce. This is significant because other employment options are limited.”

Sources: Value analysis of the Australian live cattle trade, Cattle Council of Australia. To view the key highlights of the analysis and to download the full report click here.