BeefEx: Are there risks ahead for Australia’s grainfed beef access to the EU?

WHILE Australia has benefitted greatly through access to the EU high quality grainfed quota since it was implemented in 2010, there are a number of potential risks ahead, driven by changing world trade access agreements and other politically-driven factors. 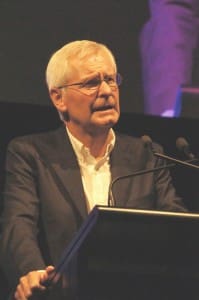 The tariff-free grainfed quota to which Australia has access is currently 48,200t in size, with about 7300 tonnes unused this year, as of October 7. The quota was originally designed specifically for US supply, as an appeasement over the EU’s opposition to the use of HGPs in beef, but Australia soon realised it could qualify under the terms of the non-country-specific access.

When the EU-US agreement was negotiated in 2009, legal advisors in both governments took the position that if the quota was open only to US beef, other suppliers could take action at the World Trade Organisation.

So over time, Australia, New Zealand and Uruguay were given access to the duty-free quota, after putting in place production systems that the EU recognised as compliant with the quota’s feeding and grading conditions. It was recently announced that Argentina will also have access to the quota.

But what happens to Australia’s access to the EU grainfed quota if a Free Trade Agreement is struck between the EU and the United States, for example? What happens if the existing quota gets filled this year, as is looking increasingly likely?

Speaking during the opening stages of the BeefEx feedlot industry conference on the Gold Coast recently, European importer Paul Van den Meutter raised a number of ‘what if’ scenarios that could potentially impact on Australia’s high-value trade in grainfed beef into the EU region. Mr Van den Meutter, pictured,  is regarded as a pioneer of grainfed beef trade out of Australia into the EU, through his company PVdM in Belgium.

He said any FTA established between the EU and the US would see the abandonment of the current multi-country supplier quota. The most likely scenario in that event would be a need for a new round of negotiations directly between the EU and eligible suppliers, like Australia, on a country-by-country basis, starting from scratch. While access based on past performance might be in Australia’s interest, it was unlikely there would be any guarantees that Australia would gain equivalent access to that which it currently enjoys.

Another scenario raised by Mr Van den Meutter was what might happen if the current 48,200t EU grainfed beef quota gets filled.

As he was delivering his presentation at BeefEx a fortnight ago, it ‘looked like’ the quota was running the risk of filling, in which case future exports in the quota year would attract the full 20pc import tariff.

Given that the quota was originally designed for the US, it was possible that the US might feel compromised by this, and register a protest.

“As we’ve seen, the US is not really using the HQ Beef (grassfed) quota, and is predominantly focusing on this grainfed quota,” he said. “They’ve used 16,000 tonnes so far, but they can grow that substantially because of the pricing and value, and availability of cattle.”

“But still they will see that the quota which was originally installed to help solve a problem between the EU and the US would now be filled, predominantly by others.”

It could quite easily result in the US pulling the plug on the current GFB quota, and the quota access disappearing, he suggested. This was unlikely to happen overnight, however, because they would have to provide for their exporters adapting to any new arrangements.

A lot of these decisions were likely to be political, or follow political decisions taken by others.

One of the key messages Mr Van den Meutter delivered to BeefEx delegates was the need for Australia to clearly identify and describe the type of product being consigned to the EU market.

This need was heightened because of the Australian grainfed industry’s ability to feed to a number of grainfed market end-points.

“Are you supplying a shortfed product, a longer-fed product, and what breeds are involved?” he asked. “There is not really an overarching Australian grainfed ‘quality’ which customers can identify with, but rather a range of qualities within the grainfed beef space.”

“The danger in this is that if an EU customer is perhaps convinced to move across from a US-supplied product to an Australian one, if they happen to have a not-so-good experience with it, because they are comparing a longer-fed US product with a shortfed Australian one, its not going to encourage them to grow that business,” he said.

“Clear identification will signal to the end-users the different qualities of grainfed Australian product that are available in the market, minimising the risk of disappointment.”

“It’s also important to focus on the education of the end-user, whether that be a food service operator or a customer at retail, about the different qualities of Australian beef. That might cover food safety, health, animal welfare, and the product quality itself. Create demand with end-users, rather than counting on the goodwill of importers or distributors in general.”

Mr Van den Meutter also warned about trying to get too many cuts from the carcase into the EU market under the quota, simply because the cattle were EU-eligible.

“Getting the product mix right is important. Let’s say you start a program with a retailer, who wants to focus promotion in steak cuts, for example. You’d have to do a hell of a lot of containers in order to keep up with his demand specifically for striploins, cube rolls and tenderloins,” he said.

“In most of the mixes in grainfed product going to the EU, there is another 18 or 20 cuts in the container than also need to be sold, and sold at the same pace as the steak cuts that he is seeking to promote to customers.”

He also warned exporters not to compromise on quality attributes and consistency, because of the volumes now flowing into the EU market. It was also important for Australia to maintain a certain brand image in the EU market.

During questiontime, Mr  Van den Meutter said while the EU grainfed quota had jumped from 20,000 to 48,000t after the first three years, he saw little prospect of further expansion in access.

“That’s because of changing circumstances. The EU has agreed to an FTA with Canada, and as soon as that is implemented, likely to be during 2016, the component that Canada previously supplied under the multi-country HQ grainfed quota will be removed, and the quota will reduce from 48,200t to 45,000t.”

If Canada wanted to be a nuisance, even after it achieves an FTA, it could still ship under the remaining 45,000t quota if it wanted to, he said.

“Unless something new is negotiated or there are new political developments, I don’t see any prospect of further quota expansion.”

Mr Van den Meutter said when EU importers first heard, when the quota first started, that there would be a limitation to two-tooth cattle for the EU Grainfed trade, they were ‘pretty worried about it,’ in terms of supply.

“Negotiating some more liberal requirements in this area would be a welcome change for a lot of Australian lotfeeders,” he said. “But I believe the way to go is date of birth. I realise that is not always easy to do in a country the size of Australia, but that would definitely make the definition of the age of each animal a lot better, and would do away with the need for dentition.”

Mr Van den Meutter said 15 years ago when he first started trading in (grassfed) Australian beef, most of the Australian product was sold without any identifiable origin. Today, that had changed dramatically, with ‘Australia’ seen to be a strong selling point, for its clean and green status.

“It really started with the Sydney Olympic Games in 2000, when there was so much promotion about Australia, that we tried to take advantage of it,” he said.

The first quarter of the EU grainfed beef quota reached the ‘critical stage’ of over 90pc usage of the 12,050 tonnes of beef quota by around the end of September.

This slowed down entries under the quota to ensure participating exporters were not forced to pay the full import duty until October 1, and the next duty free quarter allocation. The implementation of the ‘critical stage’ constraints generated a widely anticipated reaction from the US, which protested that the quota that was originally set up for its exclusive use, while other countries – in particular Australia and Uruguay – were now taking full advantage of it.

An exporter industry concern is that whatever product was held back in the remaining days of the first quarter, will now enter the EU in the second quarter, potentially inflating the situation in another three months. This will continue to affect future quarters until the fourth one, which then theoretically could fill early.

This prospect is potentially an incentive for the US to finalise an FTA with the EU and get a country-specific quota all to itself, trade sources say.