Enoch Bergman delivering a seminar on pestivirus during Beef 2015.

NINE years after first visiting Rockhampton to speak at the Beef Expo about pestivirus and the financial impact it can have on cattle herds, veterinarian Dr Enoch Bergman is encouraged by changing producer awareness and attitudes over the disease.

Having delivered a pesti presentation at each of the past four Rockhampton Expos in 2006, 2009, 2012 and again last week, Dr Bergman said there was a lot more interest evident among producers, and much deeper knowledge about the disease and management strategies.

“It’s a lot easier now to have a conversation with a producer, to help them get the best outcome, because the knowledge base is on the rise. People are really starting to give a damn about this costly disease,” he said.

Based in Esperance, WA, Dr Bergman is the current president of the Australian Cattle Vets Association. He has become widely known as a passionate crusader over Pesti – also known as BVDV – spreading awareness about the productivity impact it can have in beef herds.

“There is a growing appetite among beef producers to do something about pesti. They now realise that it can cost their enterprise a lot of money, and are beginning to recognise that measuring their pesti disease herd status puts them in a position to manage the disease most cost-effectively,” he said.

Dr Bergman told a Beef 2015 audience last week that his ultimate goal was to get every beef producer in Australia to at least know the immune status of their replacement heifers, before they go into their mating program.

“We’re starting to get traction on it,” he said.

“If a random sample of the heifers shows very little immunity, let’s address it by vaccinating the entire mob; if there’s evidence of widespread exposure to a carrier, let’s ear notch them instead.  Find the PI and get rid of her,” he said.

“That process gives producers a real value proposition: an opportunity to invest in the sort of BVDV control that’s going to be most cost-effective for them for that year’s heifers.”

Dr Bergman said if more producers started managing for the disease more widely at an individual herd level, eventually Australia would be in a position to manage it at a national herd level.

The Australian Cattle Vets Association used Beef 2015 to showcase its brand new Guidelines for BVDV Management in Beef Herds document – a series of recommendations and decision-making tools designed to help producers, with the assistance of their cattle vets, to manage the disease.

Meanwhile, research findings from MLA’s major CashCow project have suggested that producers can sustain 50 percent fewer cows becoming pregnant within four months of breeding if their herd is affected by a pestivirus outbreak during the mating period.

The project found that northern herds with widespread infection of pesti have nearly twice as many losses between pregnancy testing and weaning, compared to those with little or no infection.

The vast CashCow Project involving an alliance of university, government, and private research agencies, studied the reproductive performance of 78,000 heifers and cows in Queensland, the NT and the Kimberley region in WA.

Pestivirus, also known as bovine viral diarrhoea virus (BVDV), is transmitted by contact with persistently infected cattle. It is widespread across beef cattle regions of the Kimberley, for example, where CashCow research found nine out of ten mobs having evidence of past infection. 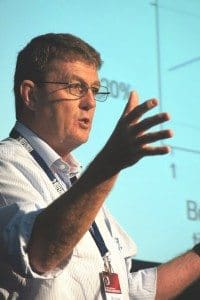 Lead researcher within the CashCow project, Professor Mike McGowan from the University of Queensland, said pestivirus was a ‘sneaky’ infection that was capable of causing big financial and fertility losses.

“However until now, we haven’t been able to quantify the scale of this impact,” he said.

“Our research found that heifer mobs are most at risk, with up to forty percent having little or no immunity. That means they are at serious risk of an outbreak if a Persistently Infected (PI) carrier animal is inadvertently introduced into the mob during joining.”

As a result of the CashCow research, Queensland, NT and Kimberley beef cattle producers have been encouraged to consider implementing an effective management plan to protect their breeding mobs from pesti.

“Pestivirus is a manageable disease and vaccinating heifer mobs to prevent an outbreak makes a lot of sense. Heifers are the future of the herd and producers want to get them off to a good start,” Prof McGowan said.

An additional research project conducted by animal health company, Zoetis, showed that heifers vaccinated with the company’s Pestigard vaccine benefit from a significant boost to their immunity when subsequently naturally exposed to pestivirus.

Beef cattle producers should speak to their local vet or Zoetis rep about developing strategies to protect their herd from pestivirus.