BEEF industry leaders from across the world are holding a summit in the Irish capital of Dublin to address anti-meat rhetoric and help attract scientists to the industry.

The 19-20 October event has coincided with new emissions legislation introduced in Ireland, which has some producers worried they will need to cull livestock. 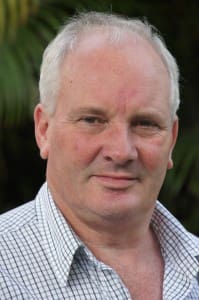 Dr Rod Polkinghorne, who is also heading over, said a group of meat scientists from across the world had raised concerns about the future of industry research, with young academics studying other fields. He said the group had done surveys and written papers on the issue.

“There’s less and less scientists and a lot of the pioneering and successful scientists have retired or are about to retire,” Dr Polkinghorne said.

“We have an industry that uses a lot of science, it is complex and technical, particularly with the growing reliance on robotics. But there is a real concern across the world that the base to do good science is not going to be there in 10-years-time.”

“Our research found this rhetoric was a big part of the problem in attracting young scientists to the red meat industry,” he said.

“If you thought the meat industry was going to be gone by 2030, or it was climate unfriendly or animal unfriendly or plant-based meals were going to replace it at half the price, why would you study it?

Dr Polkinghorne said the idea of holding the global beef summit in Dublin was to hold high level discussions about the role of meat in the world. He said it was organised by a group of independent scientists and deliberately not sponsored by the meat industry.

“We have meat scientist conferences and quite often you would hear about the anti-meat groups from someone like Frédéric Leroy – but that was only one hour of a two-day conference,” he said.

“So, we needed a single-purpose event to push this issue even further. We decided to call it a summit and make sure it is a really high-level meeting, not a scientific meeting but using scientists to make sure the facts are clear.”

Dr Polkinghorne said a lot of the information about meat was clearly wrong and many scientists were keen to set the record straight. He said the plan was to cover it in three main sections.

Dr Polkinghorne said the organisers of the summit will then present a report based on the findings of the discussions.

“The idea is to have a very detailed and open conversation, before a report is peer reviewed and published,” he said.

“They may well re-present the report in Australia to try and get a discussion and some action on the issue.”