The hidden killer of profitability in cattle

The potentially severe effect of internal parasites on livestock production has long been well-understood by sheep producers given the very visual symptoms associated with worm infestations. 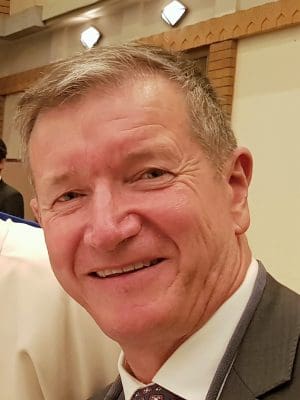 However, in beef production, where symptoms may not be so easily seen, the problem has not historically been given the attention it deserves, nor have the extensive impacts of internal parasites on animal health and performance been so well grasped by industry.

Worm burdens can hold back weight gains in beef cattle by up to 300 grams per head, per day. To put that in context, this can equate to delaying turn off times by 30 to 40 days, a marked difference that can have a significant economic impact on a business.

Worm-related limits to weight gain can also extend the time taken for heifers to reach critical mating weight, depress body condition score in breeding females and hinder preparation of stock for entry to feedlots or crop-assisted grazing. The ability of drought-stricken animals to efficiently utilise supplementary feeding can also be greatly hampered by internal parasites.

The beef sector does, of course, treat for worms, however this is most often done in accordance with a calendar regime or when producers feel cattle appear to be underperforming based on visual assessments. The issues with this approach are numerous.

First and foremost, drenching by gut feel can lead to unnecessary treatments which not only cost time and money, but also markedly raise the risk of development of resistance to anthelmintics (the group of drugs used to treat internal parasites). Additionally, in an operating environment where consumers and, as a result, retailers are calling for decreased reliance on drugs and antibiotics in animal value chains, blanket treatments driven by a calendar or visual appraisal are just not strategic in the long term.

Conversely, not knowing if worm populations exist, or the severity of the burden, undoubtedly leads to failure to treat appropriately and losses in animal health and productivity. Indiscriminate treatments, where there is no accurate knowledge of worm prevalence, will also lead to poor dosage decisions and cut drench effectiveness off at the knees. Using the wrong product leaves large populations of worms in the stomach and small intestines, compounding lost production.

So, whether you’re costing yourself time and money through unnecessary treatments or incurring production losses due to failure to drench, your business will not be performing at its best.

One of the greatest contributing factors to worms not historically being well dealt with in the beef industry has been the lack of technology to support accurate Worm Egg Counts (WEC). Whilst effective in sheep, which carry far higher burdens, WEC tests have traditionally not been able to detect the lower egg numbers which are present in cattle, but which still have heavy impacts on animal health, welfare and performance.

Technology now has the ability to drill down into cattle worm populations to allow the producer to see what has previously been invisible, but which has undoubtedly held back many thousands of herds across the country.

New generation diagnostic platforms allow producers to take simple dung samples, process them on-farm, upload them to the internet and have them assessed by trained technicians 24 hours a day, with results normally returned within the hour.

A verified diagnosis makes drenching strategic, tailored and effective, and most often will reduce drench and labour costs, decrease the risk of developing resistance and increase the effectiveness of those drenching treatments which are required. It’s a highly simple, but highly effective tool to maintain a healthier, more productive herd for a more profitable business and more sustainable beef industry.