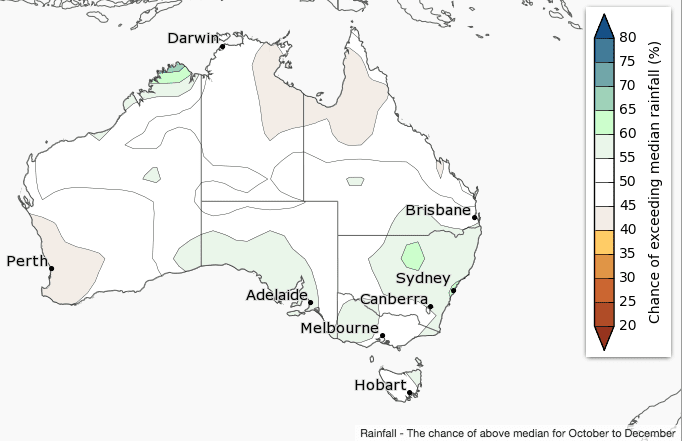 While the overall three-monthly signal is neutral, October is likely to be wetter than average for central and eastern mainland Australia, and drier for western WA. This wet signal is likely to be driven by more localised weather events.

Climate influences from the Indian and Pacific oceans are likely to be competing, with a slightly drying influence in the Indian Ocean likely cancelling out a slightly wetter influence from the Pacific Ocean.

Historical outlook accuracy for October to December is moderate for most of Australia, but low in parts of the southern mainland, southern Queensland and parts of the tropical north. See map for more detail.

October is looking particularly promising for many eastern areas: 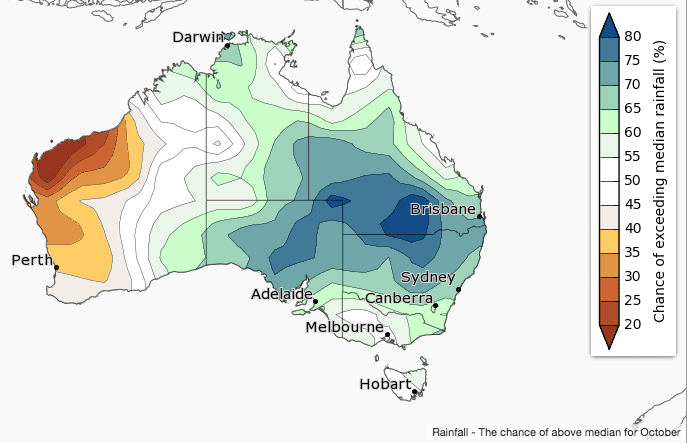 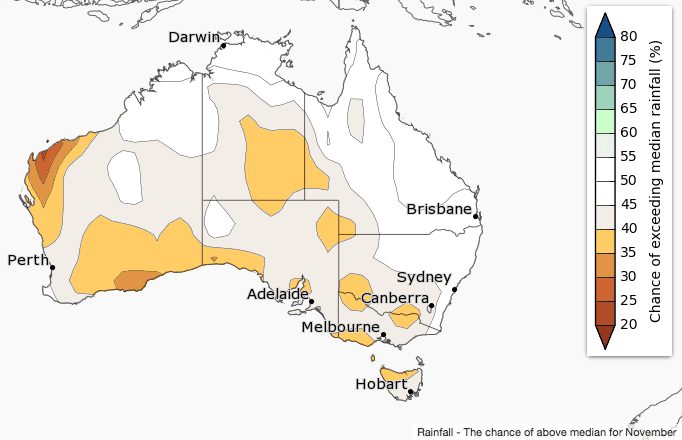 October to December daytime and night-time temperatures are likely to be warmer than average for tropical northern Australia, western WA, the Queensland coast, and parts of southeast Australia. Nights are likely to be cooler around the Great Australian Bight. Elsewhere, chances of warmer or cooler days and nights are roughly equal.

For October, cooler nights are likely for southern WA, most of SA, and western NSW. Warmer October nights are more likely in eastern Victoria, Tasmania and northern Australia. 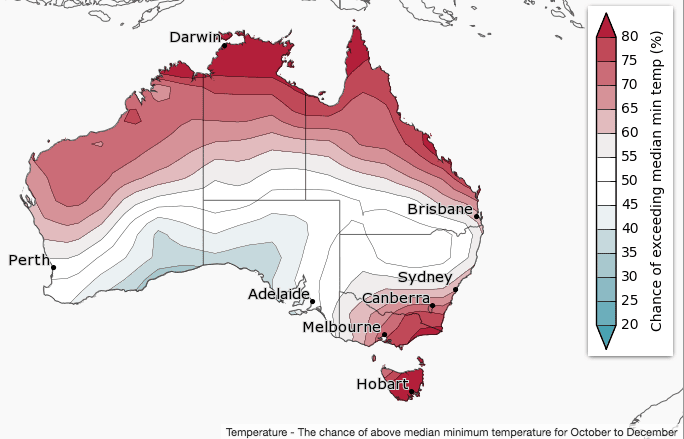 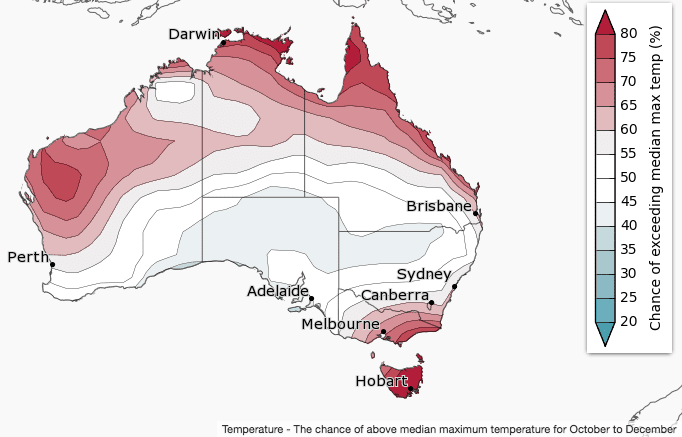 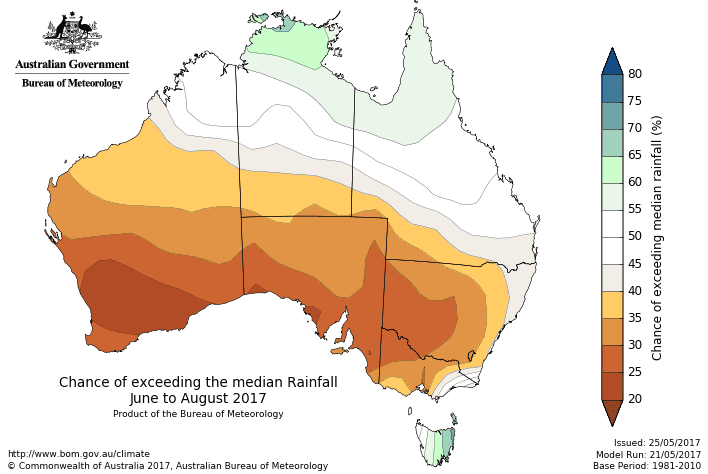