A run of positive seasonal climate outlook statements pointing to signficantly improved rainfall probabilities for much of the country are still yet to translate to water on the ground for many rural producers.

In contrast to a general feeling that seasons have improved in 2020 there are still large parts of the country desperately waiting for forecasts of widespread seasonal improvements to come to fruition.

Significant areas of Queensland and Western Australia in particular have largely missed out the post-winter falls and returns to heatwave conditions this week will have more producers hoping the latest forecasts hold true.

Year to date rainfall deciles show that while southern States and north western parts of the continent have receive above average rainfall, large areas of southern WA and Queensland are still yet to benefit from season-making rain.

The Bureau of Meterology updates its seasonal climate outlook statements for the following month and three-month periods every week. The outlooks indicate the percentage chance of experiencing wetter or drier and warmer or cooler conditions than the median average for that region at that time of year.

Below is a comparison of the seasonal climate outlooks that have been issued for each three month period of 2020 so far, matched with maps created after each period to show how rainfall patterns actually panned out in relation to the outlook.

The Bureau emphasises on its website that outlooks are not ‘weather forecasts’ as such – weather forecasts can tell people what the temperature will be tomorrow and how much rain to expect, while longer term climate outlooks cannot be this specific.

However, longer-term forecasts of seasonal statistics, such as whether rainfall or temperature will generally be above or below median, are possible to accurately predict. The BOM says these probability-based outlooks included in its regularly updated Seasonal Climate Outlook statements are designed to be used as one of several planning tools within risk management and decision-making.

The accuracy of the model can vary as the BOM points out at this link.

Comparisons below indicate that for the first six months of 2020, rainfall probability outlooks were a relatively poor match for rainfall that eventuated in each region compared to long term medians, but, more recent months leading into summer appear to have increased in accuracy.

Landholders still waiting for that elusive rain, particularly in Queensland and WA, will be hoping that the vast swathes of green and blue suggesting a higher likelihood of above average rain for their states over coming months soon translate into brimming rain gauges and wet paddocks. 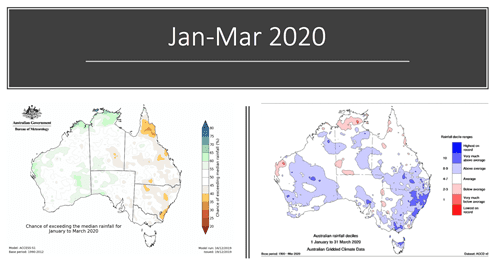 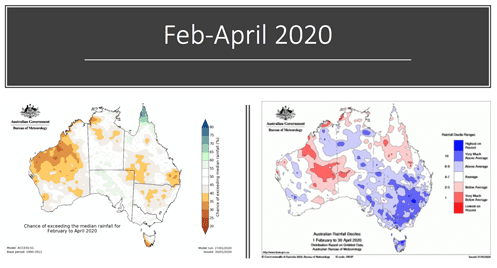 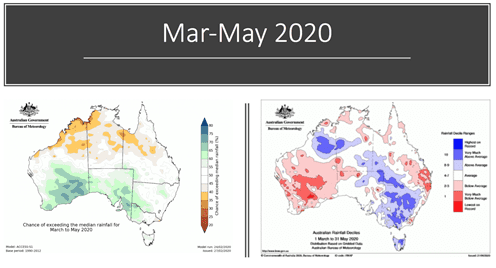 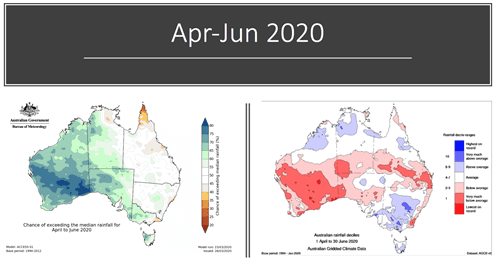 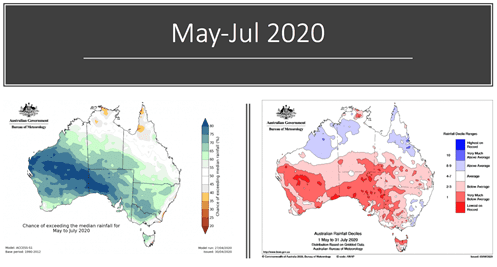 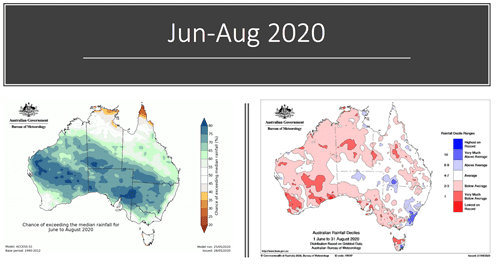