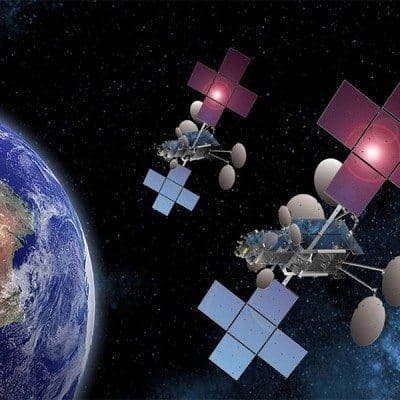 NBN Co is set to launch a second Sky Muster satellite, which will also orbit in a fixed position above Australia, by the end of this year.

Officially “switched on” two weeks ago, the National Broadband Network’s (NBN) Sky Muster satellite is already receiving positive reviews from regional Australians who have started connecting to the service.

Internet standards under the existing rural network have been poor, with many rural areas lacking access to fast, affordable and reliable broadband, and paying exorbitant fees for the limited and unreliable services they currently use.

The Coalition Government has invested $2 billion to build and launch two state of the art, purpose-designed “Sky Muster” internet satellites to replace the previous NBN satellite for the specific purpose of improving rural internet services.

The first satellite was launched into orbit from the European Spaceport in Kourou, French Guiana, in October 2015 and a second satellite is expected to be launched by the end of the year.

Connections to the first broadband satellite are now underway, with rural users expected to be connected at a rate around 5000-10,000 per month. Each connection requires the professional installation of a new receiver dish and indoor modem, and several hundreds regionally-based technicians are currently involved in connecting users.

It is anticipated that about 250,000 rural users around Australia should be connected to the new network. At the nominated rate of up to 10,000 connections per month, that would suggest most of those connections should be in place within two years.

What difference should it make?

This is much faster than many users in regional and remote areas currently have access to.

As a practical example, streaming movies via the internet service Netflix requires speeds of 5 MBPS. At speeds of up to 25 MBPS, the Sky Muster satellite connection is much faster.

Costs should also be far more affordable. Prices currently being offered by internet service providers for users connecting to Sky Muster begin at $35/month, and for $50 a month a user receives 35 gigabytes of peak use and another 60 gig off peak (Windows task manager can schedule tasks at night to use this extra data).

This equates to around 50 cents per gigabyte.

The Government says that in order to keep broadband affordable for rural people, it is effectively subsidising every Sky Muster connection by upwards of $7000 and every fixed wireless connection by around $4000.

The system is also designed to keep pace with users’ increased data usage. The two satellites have been designed with enough capacity to cover more than 400,000 premises, even though they are expected to service around 250,000.

Nbn Co has also extended its fixed wireless footprint to an additional 40,000 homes, which means 40,000 less homes will be drawing on the satellite service.

Through the entire NBN program, the Government has invested $5.2 billion, which it says is designed to give “fast, reliable, affordable broadband to every single Australian household which asks for it”. 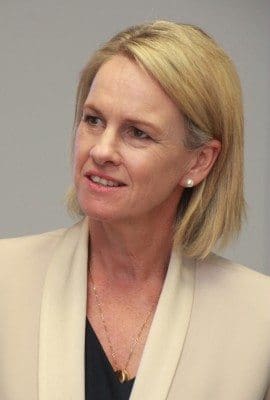 Asked how Sky Muster was performing so far, Senator Nash told Beef Central that feedback from users has been very positive.

“They have started doing the connections, and from what I understand there are very high level of satisfaction from the customers that have it already,” Minister Nash said.

“I have had people coming in and saying this is fantastic, and around the fixed wireless people are also really happy with it in regional areas.

“They have had it hooked up really quickly, and it makes a massive difference for them, I think it is really exciting.”

Sky Muster in the Maranoa

Another person watching the rollout with significant interest is David Littleproud, the LNP’s candidate for the massive southern Queensland seat of Maranoa.

Mr Littleproud said there are 68,000 businesses and households in the electorate. About 25,000 will be eligible for Sky Muster, with the balance to have either Fibre to the Node or Fixed Wireless connections.

Most of the Maranoa should be connected in the next 18 months, he said.

“That is another really important part, for the first time these children are going to get designated data plans for distance education, which helps to keep our families out here,” Mr Littleproud said.

In addition to the development of two brand new, purpose-designed Ka-band satellites, the $2 billion investment in Sky Muster also includes a network of ground stations.

“The remoteness of our continent and its islands is no longer a barrier to broadband connectivity thanks to NBN’s Sky Muster,” Senator Nash said when the first satellite was launched on April 29.

NBN Co has put in place a fair use policy, which it says is designed to avoid network congestion and to maintain fair access to high-speed broadband for all users when they need it.

* For more information on eligibility and retailers visit: www.nbnco.com.au or freecall nbn on 1800 687 626.