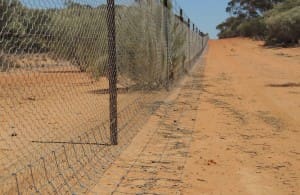 Applications are being invited for pest animal management projects in drought-affected areas across Queensland after the success of existing programs that have destroyed thousands of wild dogs, feral pigs and feral rabbits through targeted control measures.

The Federal Government has already committed $8 million national pest management programs and another $25.8 million has been promised in the 2015 federal budget to manage the impacts of pest animals and weeds in drought-affected areas.

Queensland Agriculture and Fisheries minister, Bill Byrne, said more than $3.5 million had been allocated so far to 11 projects in the state. The new federal funding was separate to the $5 million for wild dog and cat eradication that was recently confirmed by the Qld Premier.

“The majority of these projects complement existing wild dog and feral pig management programs in drought-affected areas west of the Great Dividing Range.

“However, support was also provided to eastern shires when they were in drought for wild dog, feral pig and rabbit management east of the range.”

Mr Byrne said around $2.1 million remains from the original federal allocation and QAF is negotiating with the Federal Government on Queensland’s share of the new $25.8 million.

“We are inviting organisations, landholders and local governments in drought-declared areas to work together to submit a regionally agreed application.”

Wild dog fencing must benefit many and give value

Minister for Agriculture Barnaby Joyce said that many farmers had specifically requested that the $25.8 million go towards wild dog fencing projects so as to again provide opportunities for diversification into sheep in these areas when the drought breaks.

“Fencing provides long lasting production benefits plus the construction will bring much needed investment and employment to local towns.

“Any fencing however must enclose an area that can then be effectively rid of dogs,” he said.

“Further priority should be given to those proposals that both benefit the largest number of producers and provide the greatest value for the government’s investment.”

Mr Joyce said managing pest animals is even more important during times of drought when their impacts on stock, pasture and groundcover are heightened.

The Queensland Department of Agriculture and Fisheries will be meeting with state agencies, local government and industry to identify organisations that can lead and develop regional projects.

For further information on how to apply for feral animal drought funding, call DAF on 13 25 23 or visit www.daf.qld.gov.au.

For more information on the range of Australian Government assistance available to farmers, farm businesses and rural communities, visit agriculture.gov.au/assistance.