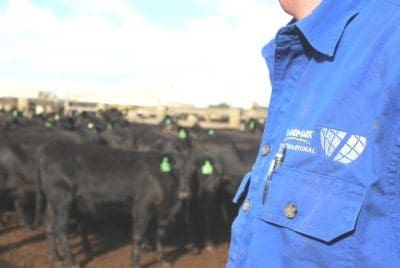 Australia exported 6,677 breeding cattle to Mexico in April under a newly signed protocol with the country.

Mexico has announced a duty-free tariff rate quota on live cattle and beef imports, which applies to both chilled and frozen beef cuts, bone-in and boneless, and carcasses, and live cattle for finishing.

Import duties imposed by Mexico on all beef from non-preferential trade agreement parties were previously 20 percent on chilled beef and 25 percent on frozen product.

Mr Matz said the Mexican Government removed the gazetted tariff to address the scarcity of beef in the domestic Mexican market and said the move will apply for the rest of 2016.

Mr Matz said the opportunity for Australian beef exports to Mexico was positive in the medium to long-term, as the North American nation’s cattle herd falls to the smallest inventory of 17 million head since 1963 on the back of drought.

Over the past five years, national beef production in Mexico grew on average of 1.2 per cent but imports have declined by 10.2 per cent, resulting in a drop in average domestic beef consumption of 0.7 per cent.

The duty free tariff move is in advance of the Trans-Pacific Partnership Agreement (TPP) entering into force – of which both Mexico and Australia are members.

Under the TPP, Mexico agreed to eliminate all import tariffs on beef within 10 years of entry into force.

It also aims to eliminate the 20 per cent Mexican tariff on offal, with Australian offal exports valued at $9 million in 2014-2015.

Australia also exported its first shipments of 6,677 breeding cattle to Mexico in April under a newly signed trade protocol with the country. Australia last shipped cattle to the country in 2008.

Cattle Council has worked collaboratively with Australian industry stakeholders, the Australian Government as well as via the International Beef Alliance help forge a trade liberalising TPP.