AFTER being cancelled last year due to COVID, the World Steak Challenge taste test competition will be staged again in November – this time in Ireland.

Now in its seventh year, the World Steak Challenge has become a popular benchmark for branded beef taste testing around the world.

The event received a record number of entries from 29 countries the last time it was held in 2019. 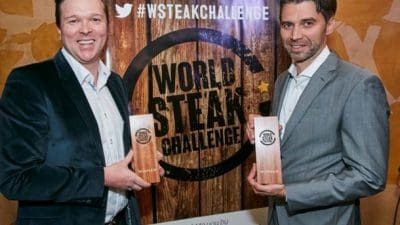 Australia has done exceptionally well in previous competitions, winning the overall grand championship twice, and claiming numerous gold medals over the past six years. In 2019, entries from Australia earned 36 gold, silver and bronze medals – easily the largest tally from any country.

Supply chain managers have until 20 September to nominate entries for the 2021 event, which is sponsored by the Irish Beef Board, Bord Bia. Categories include sirloin, rib-eye, eye fillet – both grainfed and grassfed – with the overall title of World’s Best Steak being decided from all entries.

Judges include a panel of 50 independent meat and food service industry identities and the best performing entries receive gold, silver or bronze medals.

“The WSC is the ultimate competition for steak producers and suppliers to showcase their product quality and breed credentials on an international stage, while also testing themselves against competitors from around the world,” Lorraine Hendle, MD of the retail & manufacturing portfolio at William Reed, the company behind World Steak Challenge said.

“Winning the challenge not only independently proves the quality of a product but helps steak producers promote and publicise the credentials of their brand, while also testing their products against an international field,” she said.

Australia’s Jack’s Creek Wagyu won the inaugural World Steak Challenge in 2015, before backing up to claim the 2016 crown.

Judging for this year’s event will take place at FIRE Steakhouse in Dublin on 2 November with competition winners expected to be announced on the WSC website between 9 and 11 November. 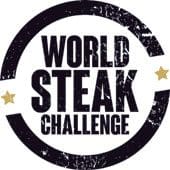