PROGRESSIVE Western Australian independent butcher Milan Matutinovich was the big winner in the national finals of the coveted Sausage King competition staged on the NSW coast on the weekend.

Entries representing the Matutinovich family’s The Corner Butcher retail outlet in the Perth suburb of Morley claimed two of the six 2020 National Sausage King titles on offer, in the beef and gourmet divisions.

Finalists from six Australian states competed in beef, lamb, pork, gourmet, continental and poultry sausage divisions, after earning the right to represent their states in dozens of regional Sausage King competitions held over the past 12 months.

Judges scored entries on visual presentation in both raw and cooked state, as well as flavour, texture juiciness and overall liking in the tasting component, and performance on the hotplate.

The event culminated in a glittering awards dinner saluting the efforts of independent retail butchers on Saturday night.

Perth’s Milan Matutinovich and wife Cyra have now earned five national sausage king titles over the past 18 years they have been trading. Their business, the Corner Butcher, services retail and wholesale customers right across Perth, ranging from fresh meat to value-added meals, continental cuts, gourmet meats and smallgoods.

Undeterred by advances being seen in retail market share by the major supermarket groups across Australia, the family is opening a second store in WA’s Swan Valley, on the Great Northern Highway in wine country, around mid-year.

“For us, the customers keep coming back because they feel special, and we look after them with service and range. It all comes down to service, and good consistent, quality product in a retail business like ours,” he said.

“Our plan with our new second shop is to do everything in-house – fresh meat, cooked meats and value-added meal items and smallgoods,” Mr Matutinovich said. “Providing a point of difference, with a niche-market feel, is important when competing with the supermarkets.” 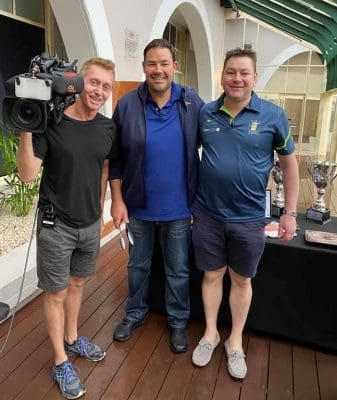 Like most butcheries, sausages form a mainstay of the Corner Butcher business, with up to ten or twelve varieties regularly in the shop window, rotated for a long list of recipes for variety.

“Customers are prepared to pay good money for a quality sausage,” he said.

“They appreciate the difference with a fresh, local, high quality product, and a lot of that has been driven by TV cooking shows and the internet, and the elevated interest among consumers in doing something a little special with a meal. It inspires people to get out and be a little more adventurous in putting together a quality meal.”

Little touches, like using all-natural casings instead of collagen, make the shop’s sausages a little more bespoke and ‘hand-made.’

“For us, the secret to a good beef sausage is freshness, quality ingredients, quality control and no additional flavourings – keeping it as simple as possible is important.”

Look after that, and the taste, texture and appearance look after themselves, and the sausages sell themselves out of the cabinet.”

The business sources most of its beef requirements from Borrello Meats, a small domestic processor focused on quality yearling cattle near Gin Gin, 100km from Perth.

Judging by past Sausage King wins, the Matutinovichs are bracing themselves for a massive rise in sausage turnover through their shop after the weekend win, as media channels start to pick up on the story.

“A key for us is that the customers do recognise that we’ve done well in these competitions – it reinforces their belief that we’re producing a good product.”

Other Sausage King national finals divisions were evenly shared around the country this year (full placings listed at bottom of page):

Putting the small South Australian country town of Cowell on the culinary map was the Klingsberg family team from Our Butcher @ Cowell, national winners in the 2020 lamb division for a lamb and feta sausage. Alec Klingberg from Our Butcher @ Cowell in South Australia, collects the Sausage King trophy for best lamb sausage from MLA’s Scott Cameron. Click on image for a larger view

Several other AMIC awards were announced at the event on Saturday night, including National Apprentice of the Year Bonnie Ewan, from Lucas Quality Meats in the Sydney suburb of Bronte.

Organised by the Australian Meat Industry Council, the Sausage King competition attracts huge interest from the nation’s 3000-odd independent butchers and is widely regarded as the meat industry’s premier competition.

“Every year we are amazed at the interest we receive from butchers across Australia from country towns to capital cities,” AMIC chief executive, Patrick Hutchinson said.

“It’s an event that just gets bigger and shows that butchers still play an important role.”

And the statistics prove it: each year, Australians spend $660 million on about 94 million kilograms of sausages. Despite the growing popularity of gourmet varieties, the traditional beef banger remains the most popular line. The image published here will be appearing in thousands of retail butcheries across the nation.