BRISBANE Ekka visitors in August will get the chance to dine on some of the commercial cattle competition’s elite performers for the first time, in a one-off “limited edition” beef brand release organised by cooperating processor, JBS Australia.

JBS will divert cuts from the show’s prestigious 100-day grainfed ‘paddock to plate’ performance class into selected venues across the showgrounds, and through nearby Brisbane retailers, under a limited edition once-a-year brand called ‘Royal 100.’

JBS’s existing commercial Royal brand is one of Australia’s most well-recognised grainfed beef brands, sourced from a handpicked selection of suppliers across South East Queensland that have forged a strong working relationship with the processor over many years, guaranteeing a consistent eating experience.

With a record 1000 cattle entered into this year’s 100-day and 70-day grainfed performance classes fed at Mort & Co’s Grassdale feedlot near Dalby, JBS will have the critical mass to make such a short-term brand promotion worthwhile. JBS has sponsored the Ekka’s successful 100-day competition for some years, responsible for processing entries for the final carcase assessment phase of the competition through its state-of-the-art Dinmore processing facility. A panel of expert judges will score the carcases against MSA grading criteria to determine the ‘best-of-the best’ beef cattle producer in Queensland. This year’s competition carries record prizemoney of $45,000, making it arguably the most prestigious commercial cattle competition in Australia.

The beef from around 600 cattle entered in the 100-day section will be marketed under the Royal 100 brand, an initiative introduced by JBS Australia for the first time this year in order to deliver additional value to the competition and give the people of Queensland the opportunity to enjoy the finished product from the state’s finest beef cattle producers.

In announcing the program, JBS Australia’s northern sales manager Brendan Tatt said the beef produced under Royal 100 would command a premium for its high eating qualities and exclusive nature.

“Royal 100 will be only available from cattle sourced from the RNA’s Paddock to Palate competition, meaning it truly will be a ‘once –a-year’ chance for beef connoisseurs to sample through a handpicked supply chain,” he said.

“Previous years’ grading results tell us that the beef this competition yields scores particularly high on the scientifically-based MSA grading system, so we know it will eat very well and will be a testament to all competitors.” 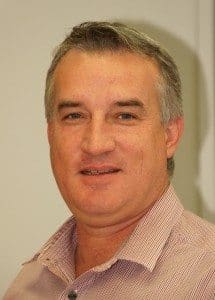 JBS Australia’s northern livestock manager Duane Woodham said the competition continued to gain momentum and grow, with more of the state’s foremost producers vying for the crown and richest prize pool for a competition of its kind in Australia.

“This year the competition has attracted entries from some of the largest pastoral companies as well as some of the most highly respected farming families in Queensland,” he said.

“There is no doubt the finished beef product will be some of the best available when it is released to the market following a specific ageing period.”

Royal 100 will be released through selected outlets on the grounds during the Royal Queensland Show, and will be available at retail exclusively through the Super Butcher chain on a first-come, first-served basis.

The Royal Queensland Steakhouse at the Ekka will also offer Royal 100 on its menu during the show this year, and the Regatta Hotel’s Boatshed restaurant will purchase two whole carcases from the winning pen of cattle and make available during the show for their patrons to enjoy.