Competitor watch: Brazil draws close to US access – but when will it happen?

SPECULATION continues to mount that Brazil will sometime soon gain access to the large and lucrative US fresh/frozen beef market, creating a new competitive dynamic for Australian exporters.

The importance of the US as an importing country has climbed dramatically for Australia over the past six or eight months. January-May exports, at 186,000t are up 51pc on the same period a year earlier. That’s been driven by favourable exchange rate and record US cattle prices due to short domestic  supply. 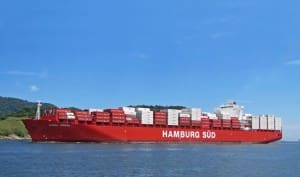 But that high demand is also stimulating efforts by Brazil to finally gain access to the US for fresh and frozen beef.

The Brazilian president, Dilma Rousseff, is scheduled to visit the US later this month and there is widespread expectation in US media and commentary circles that the opportunity could deliver an announcement that the US will resume imports of Brazilian beef.

The USDA has already completed its review of the trade and the import rule has been published in the US Federal Register. In late May, the rule was sent to the Office of Management and Budget (OMB) since it was considered economically significant.

US analyst, Steiner Consulting says the OMB can take up to 90 days to review the rule, but the review process can be completed in as little as 30 days, which could allow for an announcement later this month.

Once access has been granted, the USDA Food Safety and Inspection Service will certify Brazilian beef plants for shipment of product to the US.

“We suspect some of the work on this has already been done, but the timing remains uncertain,” Steiner says.

It estimates that the certification process will be completed by the fourth quarter, starting October 1 this year, but conceded that there was ‘some uncertainty in this regard.’

Brazil does not have a country-specific Tariff Rate Quota (TRQ) for the US, meaning its beef will enter using the TRQ allocated to countries that do not hold their own negotiated quota.

The annual volume available for that is just 64,805t, or about a month and a half’s worth of annual trade out of Australia, at current volumes.

The 64,805t volume is shared with Central American countries as well as Ireland which recently gained access to the US.

However, Central American countries also have access to additional quota (as part of CAFTA) when the non-specific TRQ is filled, Steiner pointed out.

“We could see a scenario whereby Brazilian packers rush to maximise their use of their quota and Central American countries then utilise the supplemental quota,” it said.

Grinding beef prices in the US and the exchange rate could make the import quota a non-factor to Brazil, however.

Uruguay is currently shipping a significant amount of beef to the US out of quota, as prices in the US are very attractive even with the higher 26.5pc out-of-quota tariff is applied, Steiner said.

Brazil could ship significant volumes of chilled and/or frozen beef to the US if current prices/exchange rates persist in 2016, it said.