Big opportunities beckon in the US, says analyst 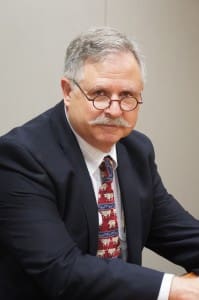 US-based economist Don Close told beef supply chain stakeholder audiences in Australia this week that after years of delays, clear signs are emerging that the US beef herd is again entering rebuilding phase.

US cattle prices are currently at all-time record highs for every category of cattle and beef, with annual average monthly retail meat prices for 2014 continuing to increase month-on-month compared with last year.

“It has been a phenomenal market,” Mr Close said.

“We’re still fighting severe drought in many areas however there have been some excellent rains in some of the driest areas of the US this past week, and while this rainfall event won’t end the drought, it will sure help,” he said

Rabobank’s Saint Louis-based vice president for animal proteins, Mr Close’s addresses provided some insight into the current challenges facing the US beef sector – with particular focus on where the upside may lie for Australia.

In spite of the drought conditions, he said there were signs that producers have received the ‘economic signal’ and are taking measures to expand.

As of mid-May, the USDA’s Drought Monitor suggests about 50 percent of the US remains in drought, with ‘extreme’ and ‘exceptional’ drought conditions declared for the south west (California) and south central areas (Texas).

Mr Close said as a result of the drought’s impact on the US herd, it would take a minimum of two years to rebuild beef cattle numbers to previous levels – but realistically, the projected recovery would be closer to four or five years.

“Our need for imported beef is not going to subside,” he said.

“In fact, if anything, our reliance on imported beef will increase. It will rise because we have more and more beef consumption in the form of ground beef and once the cow supply stops, we will have an even shorter supply of lean beef for blending into burger pattie production.”

The US cattle industry is currently sitting at 88 million head, including around 38 million cows. US demand for Australian and NZ beef imports remains strong.

Mr Close spoke positively of the trade relationship between the US and Australia, which is important at a time where the US will need to source imported beef supplies from markets such as Australia.

“I think trade relations between Australia and the US are good,” he said.

“Everyone has degrees of tension in regards to getting a Trans Pacific Partnership agreement completed, and the hopes that the ‘negotiating beef clock’ stays unified in the push to eliminate tariffs.”

Mr Close said the US was keenly aware of the explosive growth in demand for feedstuffs to China.

“To date, the majority of the US agricultural produce destined for China has been in the form of grains, soybeans and pork,” he said. “The US still doesn’t have direct trade access to China for beef – we are still going through the ‘grey channel’. We are behind Australia on that front.”

High levels of US beef export was another factor in current record high cattle and beef prices at home.

Exports remain a critical driver for US meat prices, especially as US meat protein supplies continue to contract. US beef exports in April jumped 16.8pc compared to the previous year, thanks in large part to strong exports to Hong Kong (de facto for China) and South Korea.

With a lifetime spent working in many roles in the US beef sector, including livestock buying, broking, meat-packing, risk management and lot-feeding, Mr Close has in-depth knowledge of the North American beef cattle industry.

Looking at the global picture, he said he saw overall world demand for food and especially animal proteins growing.

“In the beef sector, with the major suppliers being North America, South America and Australia, we have concerns over whether we will be able to keep up with demand and keep beef priced in a range that is accessible to all consumers.”

“I imagine Australian producers would also be seeing this as a potential issue in the future, when it comes to selling Australian beef products into international markets at an affordable but profitable margin.”

In other US market news, greater buyer interest was seen in the imported beef spot market this week, with most imported beef categories steady to slightly dearer in price. The imported 90CL cow beef indicator was 0.9c higher, to A449.7c/kg.

In it’s weekly imported beef market report, Steiner Consulting said the US Memorial Day holiday weekend (traditionally a high-point in annual US beef sales) had come and gone, with reports suggesting that beef sales were strong, despite prices continuing to rise through the supply chain.

Helped by good weather across much of the country, the largest ‘grilling’ weekend of the year was successful for US retailers, while foodservice continued to improve after a slow, cold winter.

“The good sales in recent weeks (in retail) and months (in foodservice) mean that beef has moved well through the supply chain, and there is confidence among end users that summer sales will remain strong,” the Steiner report said.

While beef imports continue to flow into the US (Australian exports during May topped 31,000 tonnes and total year-to-date beef imports from all sources in the US are above 323,000t – see Beef Central monthly export report from Monday, click here), domestic supplies remain low. Cow and fed cattle slaughter is well below last year, and cattle prices – especially feeder stock – continue to rise. The US feeder cattle index reached a new high this week, at US194.68c/lb liveweight, with futures for October delivery almost hitting the US200c mark.

These factors suggest beef prices will stay high throughout 2014.