From March 28, COVID JobKeeper will cease in its current form, leaving some industry sectors more exposed to financial impact. Almost one million Australians were still receiving JobKeeper payments in January. 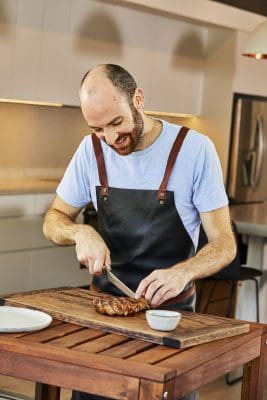 It is also anticipated that retail and food service red meat sales could come under pressure following the end of JobKeeper, as a result of a reduction in disposable income for some.

In Queensland alone, the Australian Taxation Office suggests about 172,000 workers stand to lose their JobKeeper payments from March 28, in a move which will see about $83 million a week cut from the state’s economy.

A study by University of Melbourne Professor Jeff Borland estimates that up to 250,000 workers could lose their jobs when the JobKeeper wage subsidies end this month. His analysis also considered revenue declines and businesses that would have closed under normal trading conditions, but have been kept afloat due to the wage subsidy scheme.

The ending of the subsidy means some jobs were likely to become “unprofitable for firms to retain,” Prof Borland said. “But of course, that may be offset by other sources of employment growth – or exacerbated by other causes of lower employment, such as another wave of re‐emergence of COVID,” he said.

In the high-risk category were food services, accommodation, transport and arts & recreation, based on their sensitivity to international travel and exposure when COVID restrictions and lockdowns are imposed.

Retail trade and education were categorised as medium risk, although both also reported higher production year-on-year in the fourth-quarter national accounts.

Independent economist Saul Eslake said the past two reductions in the rate of JobKeeper payments had little impact on the overall labour market and the government was likely to provide “continued support for industries that are still subject to ongoing restrictions”.

He said the large fall in the number of businesses eligible for the scheme from 520,000 in December to 380,000 in January, also augered well, as in most cases it showed their turnover had recovered to more than 70 percent of pre-COVID levels.

Some meat trade sources say that in the current environment of near-record prices for slaughter cattle, some smaller red meat processors may fall into the higher risk category, unlikely to continue without JobKeeper support.

Since December, a number of processing operators have either closed their doors, or significantly adjusted operations due to COVID. In NSW, Monbeef closed its doors for an extended period from January, and HW Greenham’s shut its Tongala VIC abattoir in February for an indefinite period. Others may follow, now that COVID JobKeeper protection is coming to an end, Beef Central was told yesterday.

Record high Australian cattle prices and a global meat market in which Australian beef looks heavily overpriced could influence some processor decisions. In a recent five-year global cattle price chart compiled by Bloomberg, and seen by Beef Central, Australian slaughter cattle prices were indexed at 300.4, while US and Brazilian prices were light years away, at 179.5 and 159.9 respectively.

Red Meat wholesalers told Beef Central yesterday they had been factoring in an end-of March adjustment in domestic beef demand for some time, due to the end of JobKeeper.

“If some consumers are receiving the supplementary payment and all of a sudden it stops, it will have an impact,” one wholesale contact said.

“The bosses of both Coles and Woolworths have indicated that they believe their second quarter sales will be back, year-on-year, as a result of the conclusion of JobKeeper,” the contact said.

The second quarter last year also saw the huge drift out of food service hotel and restaurant trade into retail, as lockdowns occurred across Australia.

A tighter domestic retail and food service market due to JobKeeper adjustments would come at a difficult time for the meat trade, with the domestic market still awash with beef diverted out of export programs, due to lack of competitiveness. This trend was first reported in this earlier story on Beef Central.

“Taking that support money out of the system will inevitably have an impact on Australian consumer expenditure. In our business, we’re going to be very careful about who we trade meat to, how, why and when,” one trade source said.

“It’s just hard to tell who has been using JobKeeper to prop-up their businesses during a very difficult trading period – whether it be processors, meat wholesalers, or end-users.”

“The next six months could be very difficult for any smaller processor whose business has been reliant on JobKeeper over the past year or so.”

Both red meat retailers and food service hotel and restaurant trade businesses were likely to be affected, and any further COVID-related lockdowns or travel restrictions would only make it worse, he said.

“The only thing that will hide it is Easter,” another wholesaler contact said.

“Pre-Easter is always a strong sales period for meat retailers and food service, and it could soften any blow in lower demand for a short period. Perhaps the month after that – May – will be where the real JobKeeper closure impact is seen.”

“We’re at least hoping the domestic trade will be a bit buoyant heading into Easter, from 2-5 April. We’re pushing as hard as we possibly can to sell meat, because of the demand dip that may lie ahead, and the fact that stocks in storage are currently so high.

“That hurts margin, but as the old saying goes in the wholesale trade, You can’t fall in love with it.”