A RAPIDLY growing number of US food service sector operators are featuring grassfed beef items on their menus, participants in an Australian-industry-backed grassfed beef trade webinar were told last week.

In the burger restaurant segment alone, there was 19 percent growth in the presence of burgers described as ‘grassfed’ between 2012 and 2014, while striploin steaks identified as ‘grassfed’ grew 50pc in number over the past two years. 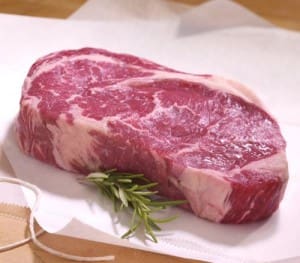 Last week’s information webinar, titled “Protein trends that matter today” was targeted at US restaurant and food service operators, retailers and importers. It was organised by Meat & Livestock Australia, and presented by independent US food service market research analysts, Technomic.

Almost 200 US industry stakeholders registered for the program. While the consumer responses discussed in this report are US-sourced only, many of the principles discussed in Technomic’s survey work appear to have as much relevance in Australia, as they do in North America.

The key themes in the webinar were that Australia was a key, and viable option for the US food service industry in sourcing consistent, good quality grassfed beef; and that ‘grassfed’ could be used as a high-impact differentiator on menus, across a wide range of food service segments.

In consumers’ minds, ‘grassfed’ had strong connections with the ‘better for you’ health halo, while also being perceived as more tasty, viewers were told. “It’s not just about steak: it has the versatility to work well in the burger segment, Mexican and many other food service applications,” Technomic’s Erik Thoresen told the audience.

‘Menuing’ of grassfed has changed

Restaurant operators in all segments in the US were keenly aware of the upward trend in beef prices, Mr Thoresen said. “But within that, the differential is narrowing between premium, differentiated types of beef (such as grassfed), and more standard (commodity) varieties,” he said.

“That has the potential to open up the market for grassfed to a broader consumer-set, because they are coming along with the rise in price for beef generally, and are more accepting of it.” Generally speaking, the macro-economic situation in the US was improving, and as consumer confidence rose, and they were prepared to spend more, it bode well for premium-type beef products, and especially grassfed.

The recent Power of Meat report suggested that four times as many US consumers are saying they are spending more on meat this year versus last. Consumer spending is up, and in spending more on meat, in some cases this means shifting from a more ‘standard’ item to a ‘premium’ item.

“But that said, price does still matter. Our research finds that individuals who are purchasing premium beef products like grassfed are very much interested in the nutritional aspects. These nutritional considerations are definitely impacting on their purchase decision.”

The reason why consumers are more nutritionally-focussed than in the past was to do with not only the media, but what they’re hearing from their doctor, Mr Thoresen said. “Restaurants and retailers have picked up on this, and across the board we see greater emphasis on highlighting the nutritional elements of the product.”

Another trend which was having a big impact on grassfed demand was emergence of key words like ‘Natural’ and ‘organic.’ In the past, tracking had indicated that from a product standpoint, there was considerable focus on what health benefits could be associated with a certain product.

Labels like ‘Organic’ or ‘Natural helped boost that, because consumers had very strong associations with those terms as being ‘better for you.’

“What we see now is a consumer shift to avoidance of certain aspects of some products, like hormones, steroids, antibiotics,” Mr Thoresen said. “That bodes well for grassfed beef and other proteins that are similarly positioned.” “But once a restaurant operator can get a consistent source of grassfed beef which is steroid and antibiotic free, they’re likely to start adding it to menus, because they know that the consumer highly values that,” he said.

While US consumers were increasingly aware that ‘hormones’ and ‘antibiotic content’ were features to look at when making choices over beef options, in reality, consumer awareness of what those terms actually meant was relatively low.

“They perceive it as important, but they don’t necessarily understand why,” Mr Thoresen said.

This suggested there was a significant opportunity to educate consumers to fill this knowledge gap over antibiotic claims, for example. “It really is an imperative for the industry. The more consumers understand exactly what this means, the more we would expect to see them actively seeking-out ‘better for you’ options on the supermarket shelf or the restaurant menu,” he said.

Technomic’s research shows that increasingly, US food service operators are ‘calling out’ the term grassfed on their menus. In terms of menu ‘mentions’ across the industry:

One of the big growth segments in US food service for grassfed beef is the so-called ‘fast casual’ segment, including ‘premium’ burger chains.

“The reason is this segment is redefining the quick-service fast food business in the US,” Mr Thoresen said.

“Right now it accounts for 15pc of all food service sales, but over the next five years, we expect to see a 35 percent increase. It’s growing on a compound basis at better than 6pc a year, adjusted for inflation – easily the fastest growing segment in the US restaurant industry. ”

“It’s redefining what fast food is in the US, and a lot of established fast food operators are trying to play catch-up.”

About 28pc of all food service grassfed menu offerings are currently in that rapidly growing fast casual segment.

Another benefit is that other segments are looking at the booming fast casual segment for ideas about innovation. Casual dining and full-service type restaurants are also keenly focussed on ways to differentiate their menu, to make sure they are not losing-out on patronage to fast casual competitors.

Another emerging sector which has moved strongly into grassfed is food trucks, currently accounting for 10pc of all US food service business.

“Food trucks are not so big on volume, but they are a good early indicator of what’s coming. There’s so much innovation going on in food trucks, and their customers love experiencing new products,” Mr Thoresen said. “But in terms of opportunity for grassfed, the fast casual restaurant segment is outpacing all others in rate of growth.” Some grassfed menu movements highlighted during the webinar included:

In a large US consumer survey, Technomic asked people how a series of terms (including grassfed) related to the healthfulness and taste of meat, such as beef.

In more than half of the responses, consumers felt that ‘grassfed’ beef would be tastier than other beef. While consumers saw terms like ‘Natural’ and ‘Organic’ as likely to be healthier than conventional beef, they did not necessarily think it would be more tasty.

“What’s interesting for grassfed is that it scores well in both perceptions of taste, and healthfulness,” Mr Thoresen said. “That’s a hard combination to achieve, in a ‘better for you’ offering,” he said.

A greater proportion of consumers indicated they would pay more for beef in restaurants or retail described as grassfed (34pc of respondents), compared with ‘local’ or organic (33pc), with free-range, natural and sustainable between 24pc and 32pc.

“The fact that the term ‘grassfed’ rated so well against those other well-established terms indicates that it is very much on-trend in consumers’ minds, and their willingness to pay more for it,” Mr Thoresen said. “The challenge for US consumers is that many may not have yet tried ‘grassfed’ beef. But the more it appears on restaurant menus and in supermarket shelves, the more they will be able to experience it. That means awareness will grow, helping boost subsequent adoption.”

“But what is required is very specific menuing and labelling, and restaurant operators are looking for ways to communicate that to their customers,” Mr Thoresen said. At the end of the day, the appearance of the term, ‘grassfed’ on the menu did a lot more than simply saying, ‘We use premium beef’, he said.

Technomic’s longer-term research has shown that higher affluence and education levels correspond strongly with purchase intentions in niches like natural, organic or grassfed. “What’s important is that consumers in these demographic groups not only shopped more frequently at natural/organic-oriented premium grocery stores, but were also more frequent customers in food service,” Mr Thoresen said.

“They represent a much higher share of food service sales than their population size would indicate. They dine out a lot more, and because of that, this is an important group to focus on for premium offerings like grassfed and other items in that category.”