AUSTRALIA’s international beef market access advantage over leading export rival, Brazil, is declining, as the South American giant penetrates new, higher-value markets like China, and looks to do the same in the US and North Asia. 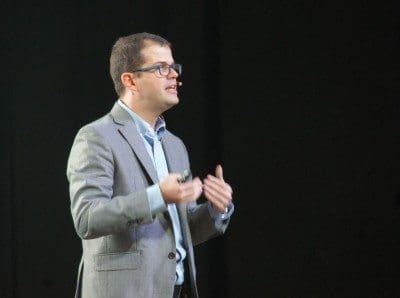 As Beef Central has reported earlier, Brazil has recorded spectacular growth in trade into China since it regained access to the market in May last year. Brazil was banned from export to China in 2012, after it detected an atypical case of BSE, but consigned more than 200,000 tonnes last year after the market re-opened.

Mr Fontes said the re-establishment of trade into China had coincided with a massive devaluation of the Brazilian currency, which fell 50pc from the equivalent of two Real to the US$ to as low as R4 in the first quarter. The country has technically been in recession for the past two years, with GDP declining 3-4pc.

The currency position has since improved somewhat to R3.5, with the improvement in economic confidence following the recent impeachment of Brazil’s president.

“The market is optimistic about this change, so we have seen our currency strengthen a little. If it settles around R3.3 to the US$, it will make Brazil’s export beef a little less competitive in markets like China, but it is still attractive.”

Brazil’s export access to China is for frozen only, partly due to transport distance, but there was still a widely-held belief that there was further growth potential for export, Mr Fontes said.

“But the demand for beef in China generally is increasing so quickly, and it is such a large market, that we don’t think this will come at the expense of Australian exports,” he said.

The US Department of Agriculture had forecast that China/Hong Kong would import an additional one million tonnes of beef annually within the next ten years.

“There will be space for both Brazil and Australia in the China market,” Mr Fontes said.

“We think it is good for Australia that Brazil is now supplying beef to China, because it is building a greater appreciation among the Chinese consumer for beef protein. Together, we are making a change in the Chinese dietary habits, and that will only grow into larger demand.”

Mr Fontes acknowledged that there had been a great deal of anticipation centred on the prospect of Brazil also gaining chilled and frozen beef access to the US. Predictions that a trade deal would happen ‘within weeks’ had been circulating for at least the past 12 months.

But while some analysts in the US were now predicting that the US election would get in the way of any final agreement being reached between the two countries, he thinks it could happen sooner than that. “I still expect access to be announced within the next two or three months,” Mr Fontes said.

“The broader agreement is all but completed, except for a few small details. The US is sending regulatory personnel to Brazil to help complete the process, visiting plants and viewing cold storage and other infrastructure.”

Volume in the early stages was likely to be only very small, he said.

“That’s because Brazil does not have country-specific quota to the US, like Australia does. We must export – competing with other countries like Argentina– under a smaller 65,000t multi-country quota. We’d expect the first year of trade to be only about 20,000t,” he said.

Perhaps equally significantly, however, US export approval for beef would add a ‘visa’ in Brazilian beef’s passport that would allow it to eventually penetrate other higher-value markets, like Japan, Korea, Canada and Mexico.

“Brazil is already a big player in the world poultry export market, and we are already exporting to Japan, South Korea and Mexico. We think that track record will help when access is gained for beef.”

Mr Fontes agreed that the arrival of Brazil in new markets described above represented a very big adjustment in the global beef trade dynamic.

“But that will take time. Brazil has a very long and porous border with its neighbours, some of which have FMD. It’s going to be a big job,” he said.

So will the big wins being seen in market access encourage Brazil to enact some of the productivity advancements discussed above even faster than it otherwise would?

“Brazil is a very big country, which has a lot of its own issues, in areas like logistics and road infrastructure,” Mr Fontes said.

“It will take quite some time for Brazil to really fix these problems. But looking ahead ten years, Brazil will be able to consistently deliver a very high quality product, at a competitive price, into a much broader range of export markets.”

Given that 80pc of Brazil’s beef production is typically consumed within its domestic market, however, it would not take much domestic consumption recovery for less beef to be made available for export. Under the current recessionary cycle, domestic beef consumption has slipped to historic lows, replaced by cheaper chicken and pork.

“But on the other hand, Brazilian beef production is rapidly increasing. So even if domestic beef consumption does grow, I think there will always be a large volume of Brazilian beef available for the international market.”

“For sure, the expanding herd is a big factor in export growth, but equally, productivity gains are also driving that. It’s still not hard to find cattle four to five years of age at slaughter in Brazil. But that’s changing.”

The average slaughter age is still around three years, but a lot of producers are now extracting greater weight-for-age, killing cattle at the same weight at 24-30 months.