Etta Plains homestead from the air during the 2009 flood

QUEENSLAND’S far north west is dominated by beef and cattle production, but the extensive grassfed grazing industry is on the verge of being integrated with more intensive irrigation farming.

While some small-scale irrigated cropping has been successful on the Flinders River, the only existing commercial farm is Silver Hills near Richmond, owned by Corbett Tritton, and pioneered by his later father, Fred.

For almost 40 years, the Tritton family has grown irrigated crops including cotton, corn, forage and grain sorghum and beans.

It is understood that his farm hasn’t missed a season because of the reliability of the Flinders River.

For many years, the Flinders, Richmond and McKinlay local governments have welcomed irrigation and value-added farming in a bid to develop sustainable economic diversification and social growth. 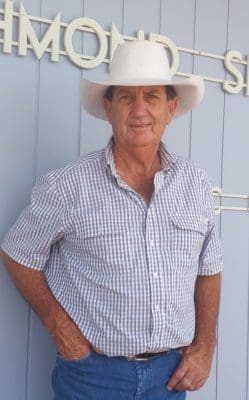 It is proposing to develop sustainable gravity diversion to an off-river storage supplying 8000 hectares of irrigated cropping land.

Mr Wharton said the current method of drip feeding the Flinders River is not achieving anything.

“The Queensland Government gives water to cattle producers who have no intention of developing it. Most are hoping that a farmer will come along and grow a crop for them. Unfortunately, it hasn’t gone anywhere,” he said.

Mr Wharton said the Richmond Shire now wanted to own and develop the project so that it can become a long-term income stream.

“I have been the mayor for 22 years and have shown many big companies and corporates the opportunities on the Flinders. Unfortunately, no one ever gets started because they have no idea about how to go about it. It is time for us to take the bull by the horns.”

The Flinders River is a regionally significant water resource with an average annual total river flow of 3.8m megalitres. The project is seeking 100,000ml which it claims would have no significant impacts on downstream users or the environment.

Those involved hope the development of more intensive cropping and irrigated farming will bring jobs, people and services to the Gulf – as well as millions of dollars of investment capital.

Mr Wharton is confident the RAP will bring much needed economies of scale, such as cotton gins, processing plants, grain facilities and feedlots.

“The region boasts the biggest breeding herd in northern Australia. It is the calf factory for the rest of the country. With a cotton gin producing cotton seed and corn and sorghum attracting feedlots, the Gulf will become a high capacity beef industry.”

Mr Wharton said cropping will compliment grazing, not replace it.

“The quality of Gulf cattle will be improved by irrigated crops. Expanding the industry could result in the construction of a 20,000 to 30,000 head feedlot, followed by an abattoir.”

It’s important to note that the cracking soils on the river frontages are different to self-mulching black downs soils and that sales of Flinders River frontage grazing country are rare.

In 2016, Glentor Downs, Hughenden, boasting a mix of Flinders River frontage and some downs, sold for $497/ha including structures. 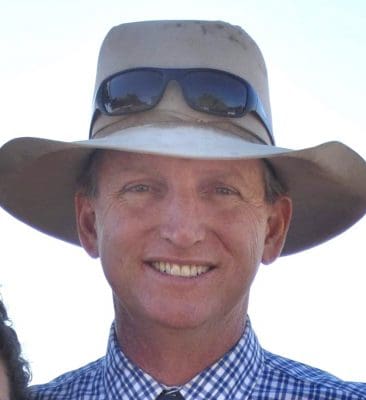 Valuer Roger Hill from Herron Todd White said given these sales happened some years ago, and there has been positive market movement since, then the value rates of frontage country may well be higher.

“Frontage country is highly productive and there is only so much of it. There are only so many frontage blocks that have attributes suitable (with appropriate risk profiles) for development to a higher and better agricultural use,” he said.

“Sales off the River (downs country) for grazing are ranging from $345 to $432/ha including structures.”

Mr Hill said simply adding a water licence did not appear to be a national drawcard or add substantial value.

“I can think of two sales where there have been substantial water licences. It wasn’t a big-time investor who swooped down and paid a fortune for them, it was two local graziers. Yes, they paid for water. Yes, they paid for the opportunity to farm. Adding watering is not necessarily a way to making a fortune of capital growth.”

Mr Hill said while water was a critical component of an irrigation project, so too was the access, flood risk, soil, infrastructure, gross margin and available markets for the end product.

The recent sale of two significant lower Gulf country operations have the ability to drive further growth in the region.

As Beef Central reported last week, a New South Wales father and son paid almost $25m to secure the 28,442ha Etta Plains at Julia Creek in the hope of harnessing flood waters from the Flinders and Cloncurry Rivers for future irrigation and dryland farming. The price equated to $879/ha for land and water licenses. No cattle were included.

Etta Plains was offered as a unique opportunity to establish a large-scale cropping operation with plenty of viable cropping land for expansion.

The initial water allocation of 32,000Ml provides the platform for cropping expansion for both irrigation and dry-land operations over 3200ha.

However, there is potential to store 95,500Ml of water and irrigate almost 10,000 hectares.

The Statham family’s Sundown Pastoral Co paid $18 million for their next development project, the 44,000ha St Ronans Station – which is extremely well watered.

The successful family business has expertise in the large-scale production of beef cattle, as well as irrigated cotton production, wheat, sorghum, pulse crops, lucerne and other forage crops.

It is understood that large areas of the property have been cleared and are now in the process of being stick-racked.

After years of just interest, it was the recent success story of a 4000 tonne chickpea crop produced on flood-affected Gulf country that prompted action and investment by share farmers from New South Wales and Victoria.

In February, Michael Dickson from drought-stricken Warren partnered with Malcolm McClymont from Nelia in Queensland’s north west and planted 2830 hectares.

John Wharton said the potential for cropping has resulted in many more partnerships.

“Farmers are now preparing Gulf country for the coming wet and if there’s a good season, there could be 12,000 to 16,000 hectares of crops and feed.”

The Gulf provides a number of other drawcards for New South Wales farmers.

For years, there have been concerns that any significant cuts to water availability for irrigation would not only impact production, but also jobs, income and the prosperity of regional communities.

Mr Wharton said another positive is that Queensland water can only be held by landholders.

“A Sydney stockbroker can’t buy water in the Gulf region. Farmers in the Murray Darling (considered one of the most significant agricultural areas in Australia) are competing with dealers who trade water, which makes it difficult for them to compete. It’s a different money market all together.” 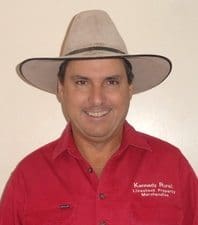 Richmond based Matthew Kennedy from Kennedy Rural has seen inquiry for Gulf country dramatically increase over the past six months.

“I have fielded calls every week from interested (NSW) buyers seeking farming country. Last week I conducted three inspections for farming families from Moree and Warren. In fact, one producer has given me a dollar figure to find him a place.”

Mr Kennedy said the most sought-after country was for open downs north of Julia Creek and Richmond.

“There is enormous opportunity for dryland cotton, sorghum and chickpeas. Southerners have finally figured out this is where it rains every year. I have lived in North Queensland for 12 years and the worst year was 14 inches of rain,” he said.