Weekly property review: How can younger, entry-level producers get a start? COMMUNICATION and youthful endurance are enabling many young industry stakeholders to climb the grazing property ladder. This week’s property review examines how to secure purchasing opportunities and some examples of specialised government loans that are available for people seeking a start in the cattle business.

Despite the tougher seasonal conditions, Brad Sewell from Robinson Sewell Partners has witnessed many young entry-level operators in Western Queensland who are tracking well, and are looking for their next property opportunity.

“Charleville may be incorrectly considered the lower end of the quality market, but people who are born and raised in mulga know how to make money out of mulga – in the same way as those who are raised in the grasslands around Longreach or the higher rainfall areas of the Gulf,” Mr Sewell said.

There was “money to be made anywhere”, however communication, youthful endurance and ability were the keys to entry-level property purchases. 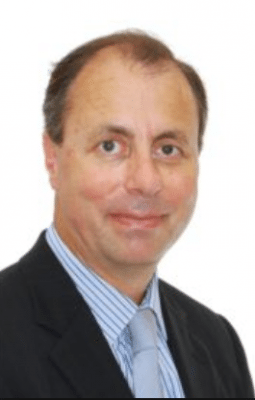 Mr Sewell said firstly, young people (in the 18 to 35 age bracket) should articulate their goals and ambitions to the broader community to identify where the opportunities lie.

“Local opportunities do arise. For instance, an older person thinking about listing their property may consider helping the younger generation first by offering vendor finance.

Mr Sewell said secondly, if an off-market property was identified, it was important to consider how to meet the shortfall on finance, if there was one.

“Talk with family. Parents may consider backing their children on commercial terms, so it is not seen as a handout. They can take out a separate loan with their bank and the kids are responsible for the interest, the fees and the charges associated with that loan even though it is not in their name.”

Mr Sewell said vendor finance occurs where the seller agrees to leave money in on similar terms to borrowing from a bank.

“For instance, the vendor may be offered three to four percent interest, payable quarterly in advance or arrears, with interest only or principal and interest over three to five years. The vendor takes a second mortgage on the property behind the bank.”

Mr Sewell said articulating goals and ambitions to the local community could enhance a young person’s prospects of identifying property opportunities before they go to market.

“If people in your community don’t know you are interested, they are not going to approach you or talk to you. So, keep your ears and eyes open,” he said.

Mr Sewell said he was aware of a number of young families in western Queensland who directly approached a vendor they thought might be interested in selling, and well before agents became involved. In most cases they secured the property before it went to the open market.

He said saving money should be a priority.

“Young people can’t have their cake and eat it too. Do they really need a brand-new Toyota Land Cruiser for $90,000, which equals nine percent of a deposit on a $1 million, when all that is really needed is a second-hand Ford Ranger?”

Young people looking to get a start in the property market might need to consider taking a second job, he said.

“I know many successful graziers who started with absolutely nothing and both partners worked two jobs to save money. These are the issues that should be weighed up when looking to make a property purchase.”

Mr Sewell said physical ability was the biggest asset of people aged between 18 to 35.

“Get in and buy the properties where you can turn a ‘pig’s ear into a purse’, because you have the physical ability and energy to develop the land; improve waters and fencing, build the sheds and renovate the house.”

Young people may also need to transact two or three properties before they end up with their ‘dream’ property.

“Buy, do the hard work and obtain the capital gains through the improvements and labour associated with making those improvements. By the time the property is held and sold, it will be superior to what it was when it was purchased.”

Mr Sewell said first time buyers might not be able to purchase a 2000ha block.

“They may first secure a 100ha block on the edge of town, erect basic fencing, remove the blackberries, clear the country and sow it to pasture and apply to the council for a building permit.”

“In two or three years, that block has been taken from weed-infested country that can’t run one beast to a rural lifestyle place that is currently highly sought after.”

He advised young people not to be hell-bent on buying in their local area.

“They might need to move to a totally different part of the state to get their first start on a property. They shouldn’t expect to get the dream asset on their first purchase, either. That is the other trap – desiring a nice homestead, good infrastructure and beautiful country.”

“By the time most producers get to 50 or 60 years of age, they are cashed-up and can afford to buy the properties that smart young people have used their physical ability to improve.”

There are a range of loan packages available across Australia specifically for (mostly) younger people entering the industry. 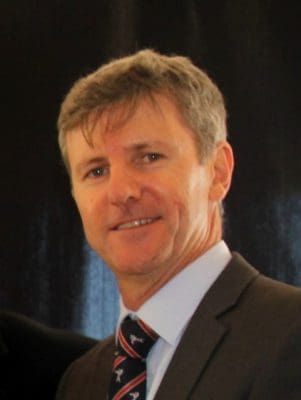 Spokesman Brendan Egan said the loans are sought by a wide range of people.

“Some are wanting to purchase land, buy into the family farm business or develop existing operations to achieve viability. Others may have an off-farm income (such as a trade in the mines) but want to create and build a future in agriculture,” he said.

The loan term is over 20 years and interest rates can be fixed for one, three and five years with interest-only options also available.

Around 60 percent of all First Start loans have been identified as beef producers in their early 40s.

In addition to the First Start loans, Mr Egan said QRIDA offered a sustainability loan of up to $1.3 million.

“These loans assist existing farming businesses to invest in infrastructure (such as water, fencing and solar), and activities that improve farming systems, natural resource management and financial sustainability.”

Around 70pc of First Start loans were new applicants, while the majority of sustainability loans are sought by existing operators to help improve the sustainability and longer-term profitability of their business, Mr Egan said.

Up to $2 million is provided for 10 years at a ​1.77pc variable interest rate for those seeking to purchase or establish or develop a farm business.

In a fictitious example provided by RIC, ‘Tom and Alice’ have worked hard to establish a small residential property portfolio and a small beef cattle breeding herd currently being agisted on a property that Tom is managing.

The portfolio and cattle provide them with equity and security to access a loan to buy their first farm.

They have spoken to their bank about applying for a loan to purchase a farm and will apply for an AgriStarter loan. They plan to finance up to half of the purchase and pay interest only on the RIC portion of the loan for the first five years, allowing them to build equity with their bank loan.

The couple has provided a comprehensive business plan on how they plan to repay the RIC loan during the term, including how they will develop the property, build up breeder numbers and expand their operation so the farm will be their principal business and supply interstate markets.