IN A rising property market, the question for astute investors is often, where best to invest?

Graziers looking to expand are increasingly looking at south-west Queensland as a value-for-money proposition.

This week’s report looks at what’s happening in the area through the eyes of a valuer and some local agents.

Darryl Langton from Landmark Harcourts Roma said the late winter and early spring rain had allowed some graziers in southwestern Queensland to offer their cattle properties for sale. 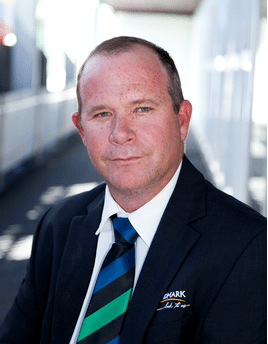 “There are some new listings, while others have been re-listed after being removed from the market due to drought. A number of corporate and institutional firms are active in the market, but there also traditional industry participants, such as family-scale enterprises, seeking expansion.”

“Transactions are increasing and the dollar per hectare rates are rising, driven by improved commodity prices for cattle, sheep and goats.  While those agricultural commodities have a positive outlook, property values should continue to trend up.”

Mr Langton believes there is renewed interest in the general south-western Queensland area.

“The general consensus is the region has been through a tough period as far as the dry goes. Everyone is very positive about the season and everyone wants to add some breeder country to their property portfolios.

“South-western Queensland allows a buyer to do that at very good beast-area values. It offers economic, affordable breeding country, as well as scale,” he said.

“There are two reasons. Winter rain was helpful, but the country could do with a really big summer. Secondly, stock prices are high. Many places are either destocked or aren’t carrying full capacity, so it is difficult for graziers to stock a property when cattle are selling for top dollar.”

Mr Dunsdon said not many property listings were coming to the table.

“If the season goes with us this summer, we think there will certainly be an increase in listings and enquiry. There’s nothing surer. The fact that most places are presenting much better is making a big difference.”

He said there had been better inquiry since the recent rain.

“Mulga is traditionally safe breeding country and still represents good value for money compared to a lot of other areas. Rates are between $2000 and $3000 per beast area, compared to north and east of Cunnamulla where rates are higher.”

Tony Lilburne, Ruralco Property GDL Quilpie branch manager, said there was increased enquiry in his far-western area of the state from NSW. “Graziers want to expand and this area is offering cheaper country. It is good honest country. It is value for money, especially the Mulga country. Interestingly, most are looking for sheep properties. Up until now, everyone wanted cattle properties. Strong wool and sheep prices are kicking the property market along.”

Mr Lilburne hasn’t sold many cattle places to date, however.

“It’s tightly-held country. I don’t think there will be too many cattle property listings. There will be the odd person thinking about retiring, but there is not going to be a burst of listings in Quilpie, Windorah or Jundah.”

Concern about keeping up with the Joneses

Doug Knight is a senior rural valuer at Herron Todd White Toowoomba. He agrees that south-western Queensland is offering good value for money.

“On a beast area value it’s a lot cheaper, so it represents value for money right now.

“However, the region is not immune from rising property prices. The market has bottomed and there are early signs that the property market may be entering a phase of upward growth in value with the fair to good seasons, cheap money and good returns – if producers have the stock.”

However, Mr Knight fears the region’s property market could potentially heat up quickly, which is cause for concern.

He said it was a period reminiscent to the mid-1980s when the Stanbroke Pastoral Company was sold-off.

As well as the 11.5 million hectares, it came with a herd of half a million cattle in what was by far the biggest rural transaction in Australia’s history. At the time, beef companies and some of the nation’s leading cattle families were scrambling to vie for control.

“Players that missed out bought elsewhere, just for the sake of buying, and it had a knock on effect. It will be interesting to see what the BBHO syndicate – comprising Tom Brinkworth, Sterling Buntine, Malcolm Harris and Viv Oldfield – will do after withdrawing its $385 million bid for the Kidman portfolio of properties.

“Will they look for other country? With that sort of finance, you’d imagine they’d be back in the property market,” Mr Knight said.

He said the lesson learned from the eighties was that what went up, ultimately came down.

On the supply side, there are a number of large-scale south-western Queensland cattle holdings currently on the market: