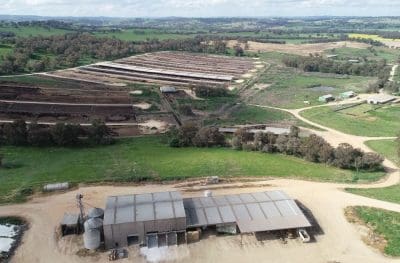 Beef Central understands contracts have been exchanged and the facility is expected to change hands in April – to a company with dairy interests. It is understood the Herbert family needs to a wrap up a custom feeding program before the property is handed over.

With feedlots rarely coming on the market, many have been watching the sale – which was put out to expression of interest last year by LAWD.

While no price has been disclosed, it is understood it was at least $16 million – the reserve price on the EOI. Ms Herbert said the family was happy with the sale and the EOI process used by the agents.

The Herberts purchased the 6500 head feedlot on the outskirts of Wagga Wagga in 2010 and ran it as a remote yard two to three hours away from their home operation, Gundamain.

Ladysmith was primarily used for a 100-day fed market, 60 to 70-day domestic markets and some Wagyu custom feeding on a 100-day program. The property also has 735Ha of land used for cropping and backgrounding. 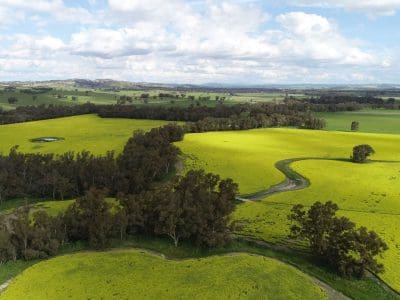 Speaking to Beef Central last year, Ms Herbert said the area had 570mm of average annual rainfall and the surrounding land could supply most of the feedlot’s silage needs.

“We’ve been using a lot of it to supply the feedlot, cropping for barley and we can basically supply most of our internal silage needs,” she said.

“We also use it for backgrounding cattle going into the feedlot – as well as hay production.”

Potential for a small expansion

Ladysmith has 97 pens with 4500m of concrete feed bunk space, a roller mill with storage in concrete bunkers and silos with a covered grain receival area. The property uses bore water, with two irrigation licenses. 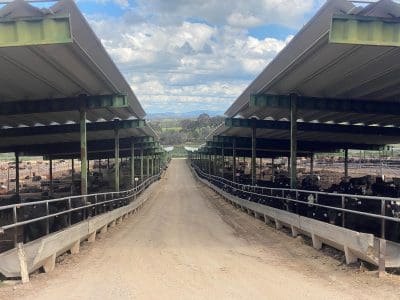 Ms Herbert said there was potential for expansion.

“It is big enough to fit 9000 head in the yards, but it is only licensed for 6500 – so there is the potential for a small expansion there,” she said.

“We never tried to expand because we were happy with the size. The property actually backs on to Wagga Wagga Airport, so it’s probably not a site where you would have a large feedlot.”

When putting Ladysmith up for sale, Mr Herbert said the family was wanting to concentrate on planned expansions at its Gundamain feedlot near Eugowra – which were only in their early stages.

“We have two of our three children coming back into the business and they aren’t interested in a remote site,” she said.

“Ladysmith is a good site close to Wagga Wagga, but it doesn’t fit in with our succession plan because our children wanted to concentrate on our home feedlot, which is two or three hours away.”