THIS week’s property review includes this wrap-up of interesting recent listings across the country, and a separate article on recently completed sales of note.

There has been strong local interest in an exceptionally well-watered grazing enterprise in North Queensland, that is being offered to the market with a $9.5 million price tag.

Situated in a reliable rainfall area with an abundance of quality fodder, the property presents an opportunity for diversification into cropping or horticulture, in conjunction with a cattle breeding enterprise.

Scott Hart from Queensland Rural said the major drawcards were Burlington’s substantial water and the quality of the cattle.

“Queensland producers have been lining up to inspect the breeder property that boasts plenty of water and grass. The sale includes around 1500 predominately polled, large-framed Grey Brahman breeders and 80 bulls,” he said.

The country on Burlington consists of red basalt running into open granite ridges into steeper granite hills at the western and southern boundaries.

Water is without a doubt a major feature. The operation is bisected by two main permanent creeks, along with Tommys Springs and the seasonal Lynd River.

There are also numerous smaller creeks and tributaries supported by 14 dams and nine bores (including six which are brand new).

There is a 144 MGL water licence from Fossilbrook Creek which enhances the ability to successfully grow crops.

Burlington can carry 3500 breeders and is being offered on a walk-in walk-out basis, including the Brahman cattle described above, plus substantial plant and equipment. 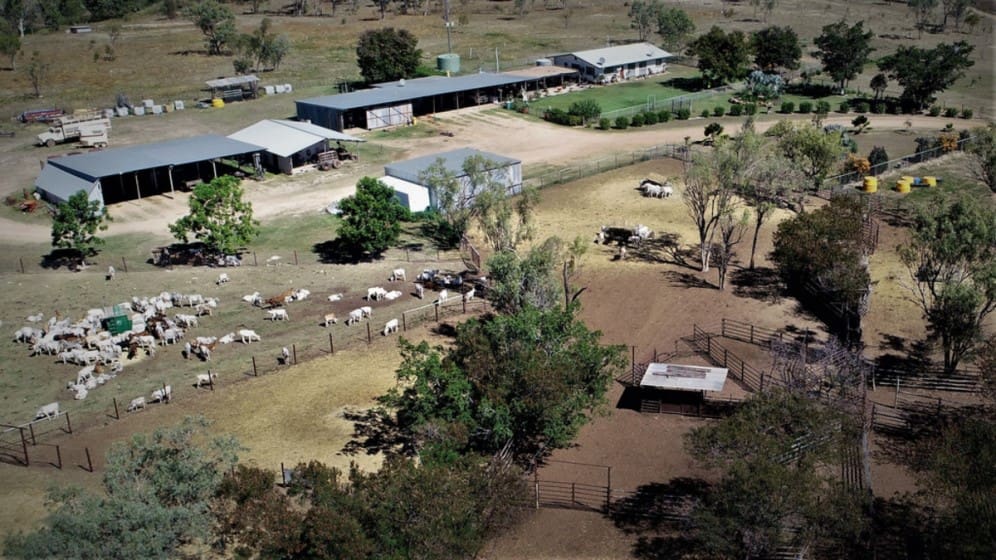 Burlington can carry 3500 breeders and is being offered on a walk-in walk-out basis, including 1500 Polled Greh Brahman females and 80 bulls, plus substantial plant and equipment.

One of the premier holdings in the Yeoval district in central western New South Wales has come to the market.

The large-scale farming and grazing enterprise has been operating as a prime wool and fattening enterprise, with the added opportunity of trading cattle.

Comprising five separate properties, Netherwood Park has been aggregated over 25 years by Matt Kieran who has now decided to consolidate his holdings.

The property is rated to run 7000 dry sheep equivalents.

Around half of the country is arable and suited to cereal cropping and pasture improvement. Lucerne rotation within the cropping program has helped underpin the high return and production performance.

Water is secured by 18 dams, two wells and a bore, plus dual frontage to the permanent Little River.

Mat Smith from Nutrien Harcourts Dubbo said there had been strong interest in the well-known and respected district property.

Netherwood Park will be offered as a whole at auction on August 12. Development and capital investment on Maranoa’s The Haven

For the past four years, the McMa­hons have been producing Angus and Wagyu cattle on their Haven farm­ing op­er­a­tion, in Queensland’s Western Downs region.

The 1290ha freehold property, which is underpinned by productive land and soil types, is currently destocked but is considered to have a carrying capacity of 500 backgrounders.

Selling agents Geoff Warriner and Chris Holgar from JLL claim The Haven has benefitted from significant development and capital investment.

“The McMahons have radically developed the property across all facets to a high standard. Significant investment has been made into the establishment of improved pasture, soil condition, regrowth clearing and stick raking,” they said.

“All the fencing has been replaced or renovated, a central laneway has been constructed, a new water reticulation system installed, and livestock handling facilities have been dramatically upgraded to ensure efficiency and productivity.”

Notwithstanding the scale of recent investment, opportunities exist for further development through the establishment of arable areas and utilising the large 200 megalitre licensed dam and associated 480 megalitre allocation to its full potential.

The Haven will be auctioned online on August 27. The 2422ha holding is located 23km east of Barraba, centrally located between Tamworth and Armidale.

The historic, large-scale grazing operation was set up by the Spencers who first settled in the Barraba district in the late 1850s.

For four generations, the family has been a driving force in the success of the Ironbark Hereford stud. Today, the Spencer family continues to operate the stud on another district property, Mulwarrie.

The country is mainly undulating hill country with creek flats along Ironbark Creek. The soils are predominantly a red basalt with a mix of loam on the creek flats to a red granite.

While there is a mix of native timbers with some heavy timber, generally Ironbark Station features beautiful cleared grazing country.

The holding fronts the Ironbark Creek for more than 7km. It also has several dams and a number of bores pumping to tanks and reticulating to troughs.

George Barton from McCulloch Agencies said the infrastructure on Ironbark lends itself more to a sheep enterprise.

“Ironbark boasts a new world-class designed wool shed. It is one of the best wool sheds you will find and features a four-stand, semi-circle, with risen boards and ample room to class and press wool.”

Described as a low-cost grazing property, in a normal season Ironbark Station can run around 6000 Merino ewes.

The vendor Greg Hayes owns Bareela, west of Barraba, and is selling Ironbark Station to consolidate his other holdings. The 2422ha Ironbark is located 23km east of Barraba, centrally located between Tamworth and Armidale.

More than $2.2 million or $11,000/ha is anticipated for Tannoch Brae, a productive parcel of land located 10km south west of Yass and 80km north of Canberra.

The property has a history of running 2300 DSE, in a self-replacing cattle herd comprising 130 to 140 cows and 40 replacement heifers in a spring calving weaner production system.

Tannoch Brae is watered by 14 dams and a reticulated water system, supplied by a bore.

Owner Alan Coles, who has held the property since 2006, is retiring to a cattle property in south east Queensland.

Tannoch Brae will be sold as a whole or by lots via an expression of interest campaign by LAWD’s Col Medway closing on September 10.

More than $2.2 million or $11,000/ha is anticipated for Tannoch Brae, a productive parcel of land located 10km south west of Yass and 80km north of Canberra.

In the meantime, offers above $4 million ($9345/ha) are anticipated for the 428ha cattle breeding and trading enterprise Woodleigh, in New South Wales’ south west.

The country on Woodleigh rises from creek flats to gently undulating granite hillsides, 70 percent is arable or pasture improved, with the balance sheltered grazing land.

Tim Corcoran from the newly launched LAWD agency is handling the expressions of interest campaign for Woodleigh, which closes on September 17. Offers above $4 million are anticipated for the 428ha cattle breeding and trading enterprise Woodleigh, in NSW’s south west.

Boasting a big body of feed and a carbon income, south west Queensland’s Ouida is being offered for sale via expressions of interest.

The 18,812ha property, situated 96km west of Charleville is suitable to breed, grow and fatten cattle, sheep, Dorpers or goats.

Ouida is watered by 23 earth dams and a sub bore that is solar equipped.

The property has been held by three generations of continuous ownership spanning 75 years. It is now being sold to wind up Lloyd Griffith’s estate.

Keith Richardson from Elders said the property was currently unstocked, but is generating an income from a locked in carbon contract.

“An incoming purchaser wishing to run sheep, Dorpers and goats would need to exclusion fence the property. For cattle producers, Ouida is an ideal additional breeding block, with interest already coming from eastern and southern Queensland,” he said.

While some plant will be included in the sale, Ouida is being sold bare of stock. The EOI campaign closes on August 27. Boasting a big body of feed and a carbon income, south west Queensland’s Ouida is being offered for sale via expressions of interest.