The pros and cons of producer cooperatives Are cooperative or collaborative farming models the way of the future for family farming operations seeking to overcome dwindling farm gate returns and declining terms of trade over time?

Producer cooperatives were once very common in Australia, particularly in the dairy sector, but have largely disappeared from the rural landscape. Australian Farm Institute CEO Mick Keogh says there are several theories to explain why cooperatives have not survived in Australia, such as a lack of government subsidies for farm businesses and a more individualistic culture in Australian farming (see his earlier article here).

However, large, farmer controlled cooperatives can be found in abundance internationally, as Mr Keogh points out, particularly in the agribusiness sectors of South America, North America, Europe and Asia.

With the challenges that family-sized farming operations face to remain profitable drawing greater attention in recent years, there has been renewed interest in the concept of cooperatives as a way to help producers increase their bargaining power, achieve greater economies of scale and improve profitability without necessarily losing control over their individual businesses.

Examples of such arrangements can range from vertically integrated structures where producers join forces to invest in downstream processing, such as the Northern Cooperative Meat Company at Casino, to more horizontal arrangements where producers align along geographic, breed or other branding lines to develop scale, reduce costs and improve their buying and marketing power.

One successful example of the latter on a small collaborative farming scale is Bulla Burra in South Australia, recently featured by Beef Central.

Agriculture minister Barnaby Joyce is among those who sees greater potential for producers in working together for mutual benefit. He has just allocated $13.8 million in the Agricultural Competitiveness White Paper to a two-year-pilot program to “provide better knowledge on cooperatives, collective bargaining and innovative business models”. 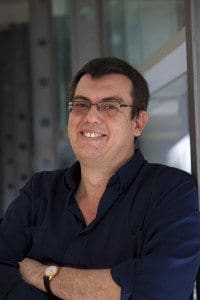 David Adamson from the University of Queensland School of Economics.

Given the growing interest in the topic, Beef Central asked David Adamson from the University of Queensland School of Economics for a crash course on the pros and cons of cooperative farming arrangements, and whether they do really offer potential solutions for Australian cattle producers to improve their terms of trade.

Responding from the Royal Veterinary College in London where he is currently undertaking an Endeavour Research Fellowship, David said there were various advantages and disadvantages to cooperative arrangements.

The main benefit was of cooperatives was the greater power they gave groups of individuals in the market.

(Interestingly, in 2011 the International Cooperative Alliance released a report identifying the top 300 Cooperatives in the world. Two of the 300 were from Australia 2011 – see the report here http://www.thenews.coop/49090/news/general/view-top-300-co-operatives-around-world/)

On the flipside, while co-ops are set up in a variety of ways for different reasons, they have generally failed due to:

So there is a comprehensive picture of the benefits cooperatives can bring but also the reasons why many fail. What do our readers think? Are cooperatives the answer for declining terms of trade for Australian cattle producers?