WORKING out stock numbers and striking the right balance with northern Australia’s highly variable rainfall has always been a challenge. Producers can feel torn between the notion of running high stocking rates to drive profit and the need to keep pastures sustainable long-term.

Now, after 18 years of work on the MLA-funded Wambiana grazing trial, the most significant project of its kind in northern Australia, the guesswork has been taken out of what is the best grazing strategy to achieve both profitability and sustainability.

The ongoing trial is being conducted on the Lyons’ family cattle property, Wambiana, 70km south of Charters Towers, where the long-term average rainfall is 630mm but can range anywhere from 207 to 1400mm. 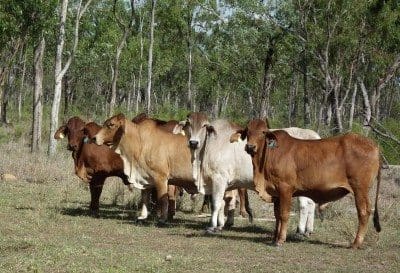 Project leader Dr Peter O’Reagain from the Queensland Department of Agriculture said the good news was that, long-term, the most profitable road is also the most environmentally sustainable.

“The long-term results from the trial, over a range of some of the wettest and driest years on record, clearly show the commonly-held perception, that you need to stock relatively heavily to be financially viable, is wrong,” he said.

John Bushell, the trial’s senior technician, said the objective was to test how these different strategies coped with rainfall variability in terms of their effects on animal production, profitability and land condition and to determine which strategies were best for managing this challenging environment.

“We found that the heavy stocking rate strategy made the least profit overall, caused the most severe pasture degradation and led to a major loss of resilience,” he said.

“It certainly made a profit in individual wet years but this was well and truly undermined in dry years by drought-feeding costs, higher interest costs on livestock capital and reduced product value through poorer animal condition.

“In contrast, moderately stocked strategies or those that cut stocking rates with the onset of drought (ie the variable and SOI strategies) largely avoided these costs and were far more profitable over the long term.”

Mr Bushell said this was dramatically illustrated at the start of the present drought with cattle in the heavy stocking rate paddocks requiring feeding far earlier than in previous droughts.

Dr O’Reagain said this also occurred when the variable and SOI strategies were heavily stocked immediately prior to the 2002-07 drought.

“Although we destocked rapidly, it was too late to prevent significant damage to the 3P species,” he said.

“While recovery has occurred, pasture condition in these strategies is still poorer than in the moderate stocking or wet season spelling strategies.

“This experience clearly shows the risks associated with variable stocking and taught us the need to set upper limits to stocking rates in even the best seasons and to be risk averse when varying stock numbers.”

Dr O’Reagain said during the 18 years of the trial the heavy stocking strategy was definitely the least profitable and unsustainable, however, the remaining strategies all had shortcomings.

“The optimum strategy should involve flexible stocking around long-term carrying capacity, as seasons vary, with periodic wet-season spelling,” he said.

“We are presently testing this strategy in the latest phase of the Wambiana project.”

Where to go for more help

The Stocktake Plus program also provides training as well as an app for calculating forage budgets.