ALMOST 15 years on from its inception, Australia’s northern beef industry is still cashing in on the insights and recommendations of its biggest single research activity, the CashCow project. 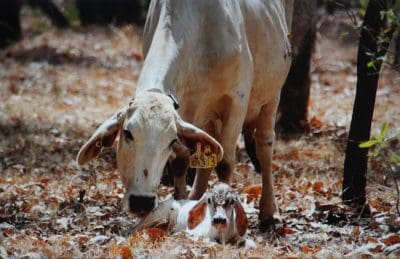 Launched in 2007 with $2 million from Meat & Livestock Australia – its largest ever research investment at the time – CashCow collected data from 78,000 cows managed in 142 breeding mobs located on 72 northern commercial properties.

They were measured over four years for 83 different variables that impact reproductive performance including property, environmental, nutritional, management, and infectious disease factors.

The mammoth undertaking changed forever many of the accepted practices of herd management in the north but would not have been possible without the big picture foresight and advocacy of producer champions in the early 2000s.

Final report findings from the seminal project were launched during Beef 2012 in Rockhampton. The University of Queensland’s Professor Mike McGowan led the project and recalls the important role producers had in driving the initiative, starting at a meeting of the North-West Qld Regional Beef Research Committee, one of the 11 regional committees that make up the North Australia Beef Research Council, which sets the priorities for the grassfed beef industry’s R&D investments.

“There is no doubt in my mind whatsoever that without the support of NABRC the project would not have gone forward,” Prof McGowan said.

“When we established CashCow there was no shortage of folk who said ‘You won’t be able to do this, this isn’t possible, this has not been done and will fail’. The RBRCs put their support behind it, and they said ‘No, we need to do this’.

“Folk like the then NABRC chair John Cox, knew its importance from his experience as the CEO of the largest pastoral company at the time, Stanbroke; and people like Zanda McDonald, who could see what was required and what could potentially be achieved.

“It changed forever our approach to conducting research in northern Australia. This was the first industry-wide, systems-based research project conducted.”

CashCow was inspired by the impact of a similar project run in the dairy industry in the late 1990s – Dairy Australia’s InCalf project, which investigated factors affecting how quickly cows became pregnant after calving.

“We didn’t actually have good quality hard data on the performance of commercial herds across northern Australia, and from that we recognised there was a critical need to establish what was actually happening in these herds and what were the major factors contributing to reproductive performance, before we could say this is what we need to focus on and this is what we need to improve,” Prof McGowan said.

In proving that a project of this scale was possible, researchers collected high-quality data over four years using early model electronic crush-side data systems and the recently introduced NLIS tags, without interfering with the operation of the commercial properties.

The outcomes were new measures of reproductive performance including the percentage of lactating cows that became pregnant within four months of calving, and estimating liveweight production from breeding herds were developed. Achievable levels of performance by country type were also determined. 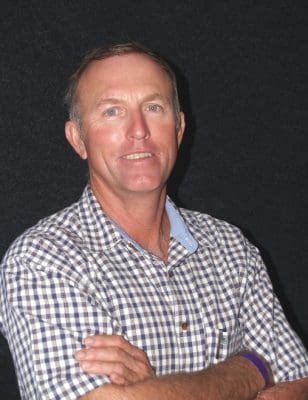 Veterinarian and current chair of the North-West Qld RBRC Ian Braithwaite said the data captured by CashCow was allowing producers to make decisions they couldn’t confidently make before.

For Katherine and Top End Beef Research Committee chair Jay Mohr-Bell, of Mathison Station, that has included cutting back from two musters to one for branding and weaning, saving costs and improving herd productivity.

Prof McGowan said the method used of assigning liveweight production measures to country types explained the see-sawing production of some areas, where many lactating cows lost a large amount of condition supporting their calf, and failed to become pregnant that year.

“Many of the people involved in CashCow were on RBRCs and they became key to extending those findings through their own networks and they were wonderful examples of ‘This can be done’,” he said.

“Commercial producers will often feel more comfortable talking to a fellow producer about a problem they are having compared to perhaps talking to a researcher. I see the RBRC network as an important series of nodes through which we should be driving communication and adoption.

“The substantial demonstration of the value of CashCow has been the development of the NB2 project, again initiated by NABRC. As CashCow set about defining what was happening and the major factors affecting performance, NB2 is now addressing those and coming up with practical management interventions to control those impacts and improve liveweight production.”

Time taken for cows to re-conceive is influenced by:

Calf loss at pre- and post-calving influenced by:

Next steps to measuring these key performance indicators:

Here is a link to Beef Central’s original report following the launch of the CashCow report at Beef 2012 in Rockhampton:

The full CashCow report can be downloaded here.