The North Australia Beef Research Council says future research into pasture dieback must concentrate on pasture health and restoration to maximize the benefit of the research to the industry.

When pasture dieback re-emerged in 2015 as a devastating threat to Central Queensland grazing operations, NABRC worked with MLA, the Queensland Government and several universities to respond to industry calls for urgent investment to research the cause and potential cures.

Seven years on, and through multi-agency and multi-disciplinary activities, significant progress has been made in identifying the causes of pasture dieback, accelerating detection and monitoring, evaluating control measures, and improving industry knowledge and understanding.

However, there is still more work to be done – while research has focused on mealybugs as the leading cause of dieback, there are other factors also contributing to outbreaks. 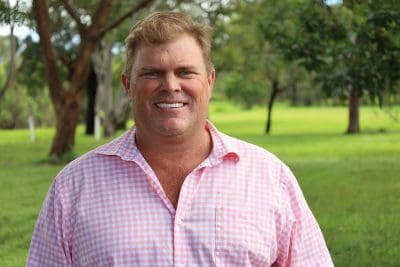 “The region has quite a few different opinions about how it’s being addressed but the great thing about NABRC is that it is helping to encourage research being done promptly,” Mr Cox said.

“The people that’ve been affected across their whole property… they can’t operate, and they can’t see a future – that’s why this research is so important for those particular people.

“When it is that important and needs to be accelerated, NABRC is pretty much your first port of call to get things happening.”

“For some producers it has been quite devastating in that they have lost a lot of pasture production which was unexpected and unbudgeted for, on top of a drought,” she said.

“NABRC’s role was quite significant in getting funding for the research,” she said.

“There has been some research that’s identified some of the causes and that’s a good start but what we need to focus on now is what do we need to do to restore those degraded pastures,” he said.

“That’s an area we’ve identified as requiring a bit more focus – how do we get some of the productive grasses back into the system but are there other things we need to introduce into those pastures to ensure that they’re more stable, more sustainable and continue to provide adequate forage for the animals.”

NABRC’s full list of research priorities can be found at nabrc.com.au