The case for voluntary biosecurity funds has returned to the spotlight after a cattle producing family in Queensland’s “clean” area lost 18 cows to a tick-fever outbreak. 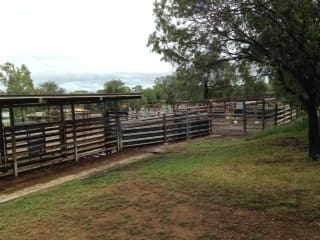 In addition to the value of their lost cattle, Ivan and Tracee Hay are now facing substantial further costs to test and vaccinate their herd and complete ongoing treatment programs to fully eradicate ticks from their Wandoan property, which is 100km away from the boundary of the tick-infected zone.

Apart from a small State Government subsidy for acaricide which the Hays can apply for, there is no Government or industry fund available to help them cover the costs of the tick outbreak.

Some Australian States have voluntary funding schemes to cover disease surveillance activities and where possible, to provide support for participating producers affected by an outbreak.

In South Australia producers pay a $1.50 levy on each NLIS tag which goes to the SA Cattle Compensation Fund. The fund is voluntary in that producers can apply for their levy payments to be refunded at the end of each year, but if they do apply for a refund and it is paid, they forgo any entitlement to receive a direct benefit from the fund for the five years after the financial year in which the refund was paid.

In Western Australia producers pay a 20c/head charge on the sale of all cattle/carcases sold, which goes to the WA Cattle Industry Funding Scheme to pay for disease surveillance and to manage potential future disease or pest incursions. WA producers also have the opportunity to ‘opt out’ of the funding scheme and receive a refund, but, like SA, doing so means they lose entitlements to assistance and compensation via the scheme. (A recent report indicated well over 99pc of WA producers participate in the scheme, with only one producer chosing to ‘opt out’ in 2016-17)

In Victoria a stamp duty is collected on the sale of cattle, levied at a rate of five cents for every $20 of the value of each cattle transaction, capped at a limit of $5/head. In addition to biosecurity compensation, the Victorian Cattle Compensation Fund also helps to subsidise the cost of NLIS tags in the state, which is why NLIS tags in Victoria cost less for producers there than other States.

(While some of the above schemes are called ‘Compensation Funds’, the amount of money collected each year is not large enough to be considered a ‘full insurance safety-net’ for all affected producers in the event of a significant and costly disease or pest incursion. A report indicates the SA scheme was expected to generate about $927,000 in 2017-18 while the WA scheme was reported to have generated contributions of about $236,000 in 2016-17)

While New South Wales doesn’t have a fund as such, it has regional Government agencies under the Local Land Service network, which can use local rates to raise funds to manage biosecurity issues as they arise, and also provides a Government funded veterinary service.

Tasmania, the Northern Territory and Queensland do not have similar State/Territory-based schemes in place.

Momentum toward Queensland fund has dissipated

In Queensland, efforts to create a voluntary cattle biosecurity fund started to gain serious momentum in 2013 following the detection of Bovine Johne’s Disease in Central Queensland in late 2012, which left dozens of properties burdened with significant costs under the traceback and eradication policy in place at the time.

Then state agriculture minister John McVeigh announced seed-funding of a $2 million grant and a $3 million loan to kick-start a voluntary state biosecurity fund to help to provide financial assistance to producers blindsided by a pest or disease incursion.

The fund was to be matched dollar-for-dollar by cattle producer contributions through a proposed voluntary transaction levy of between 50 and 70c on the sale of each head of cattle.

Based on historic annual transaction volumes of about 4.5 million cattle sold per year in Queensland, it was estimated the fund would generate between $2 million (at a 50c/hd levy) and $2.8 million (70c/hd levy) per year.

However, agreement on a levy rate and scheme structure has never been reached, and momentum toward the scheme now appears to have dissipated.

In 2015, two years after the initial $5m in seed-funding was announced, then Queensland Labor agriculture minister Bill Byrne said the State Government was awaiting the outcome of a review of the National BJD Program to help inform the scale and structure of a future fund.

He suggested though that the “ball was in industry’s court” and the industry could establish its own fund without Government intervention.

AgForce told Beef Central that year that a collaborative industry-government approach was needed for the fund to work. AgForce’s view was that the funds in other states work largely because they are underpinned by legislation, and, if purely voluntary, a fund would sink through the ‘free-rider’ principle.

In 2018 the development of a cattle biosecurity fund no longer appears to be on the radar.

An AgForce spokesperson told Beef Central this week that biosecurity funding remains a key priority for the AgForce Cattle Board, and its current focus is around the lack of government investment to deliver the tick surveillance program and compliance actions it promised.

“The reality is that governments have been shifting costs and responsibility for biosecurity away from themselves and on to producers for many years now,” the spokesperson said.

“We’re concerned the establishment of a voluntary levy – either by industry on its own or as a joint fund with government – would just result in more cost shifting on to producers and be used as an excuse for governments to further reduce their own funding allocations.

“So in the current climate, there is not the willingness from producers to contribute to a joint fund, nor is there the political will to drive its development.”

An AgForce spokesperson also indicated that in a State such as Queensland, the high cost of cleaning up a tick outbreak for example means it is better to focus resources on ensuring producers are better informed about the risks and how to manage them than on trying to develop a ‘compensation’ fund, which would be limited in the amount of genuine assistance it could provide.

For the Hays, who are likely to have been exposed to ticks on cattle they bought from the free-zone and trusted were clean, the end result will be tens of thousands of dollars of costs they will have to wear themselves.

Producers would be less inclined to report an outbreak such as ticks in free areas without an adequate compensation scheme in place, he said.

“Unless you have adequate compensation you will not get reporting,” Mr Wright said.