A ‘perfect storm’ triggered by devastating mice plagues and the return of cold, wet weather has led to a spate of recent cattle deaths from grass tetany.

That in turn has led to producers feeding out high protein hays such as canola and lucerne to lactating cows, which has led to deaths from grass tetany. 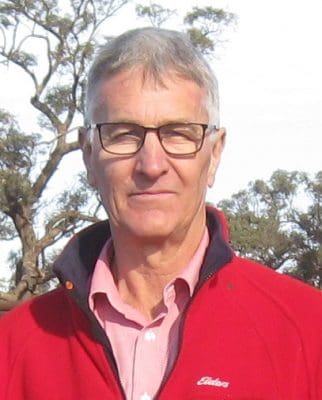 “Unfortunately for a cow in a magnesium deficit, the worst thing to do is to feed them a high protein hay,” Mr Inglis said.

“Generally there is too much protein in the green feed and not enough energy so throwing extra protein into the rumen on top of already excess protein is the coup de gras really.”

While difficult to quantify the number of losses Mr Inglis said it was “a big issue” with reports of properties reporting death rates of up to 30 cows in some cases.

“That is only in our network so I suspect the damage would be more widespread than that,” Mr Inglis said.

“Unfortunately the hays that are the most dangerous are the ones that didn’t get attacked by the mice, because the mice have attacked the hays that have grain in them, so the only hays left are the high protein ones in the dangerous category,” he said.

“It is just the perfect storm at the moment, we have got cold wet weather, short green pick, cows early in lactation generally in pretty good condition, or older cows, as a lot of people retained older cows because they are trying to rebuild their herd.” 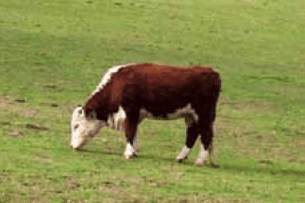 Livestock Land Services lists grass tetany as one of the leading causes of death for adult beef cows in South-Eastern Australia, occurring when there is not enough magnesium in the blood, which is required for proper brain and nerve function.

“In pastures in the vegetative phase, which they are at the moment, potassium levels are very high, and potassium is a major antagonist of magnesium,” Mr Inglis.

Mr Inglis highlighted the issue with this message to his email network this week:

“I may sound like cracked record, but there are still lots of stock dying and this weekend is shaping up to be another rough one.

‘Possibly the worst advice since General Foch ordered his troops to advance on the German machine guns dressed in bright red uniforms, armed with bread rolls and camembert’

“This comes on the back of a recent conversation with a cattle producer who was advised to feed canola hay to his lactating cows – possibly the worst piece of advice since General Foch, commander of the French army, ordered his troops to advance on the German machine guns dressed in bright red uniforms, armed with bread rolls and camembert.

“Anyone who was conscious in 2019/20 would know that canola hay is more often than not loaded with nitrates. I can’t think of a better way to deliver the coup de grace to sick cattle, or sheep.”

The take home message he said was call a veterinarian or Livestock Production Advisor.

He said that grass tetany was a little like a bushfire, in that producers could go for five or six years without an issue and almost be forgotten, meaning people are often unprepared and lulled into a false sense of security.

“Grass tetany is a multi-factorial disease so a whole lot of things contribute to it, so my advice is you have lactating particularly Angus, Murray Grey and Shorthorn, they are the three breeds that are probably the most prone because they are the highest, biggest milk producers.

“If they’re lactating then I would speak to someone, speak to your vet or speak to a specialist, you can’t just put some hay out and that just fixes everything, there are other factors in play.