Marubeni on Wednesday announced its purchase of the Kansas-based Creekstone Farms, a processor and distributor of premium US beef, in a deal worth about A$212 million. 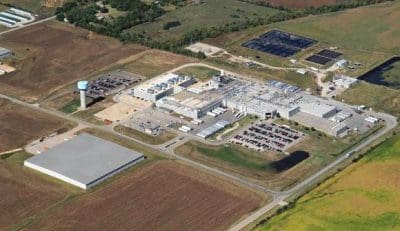 Creekstone processing plant in the US

Marubeni is best known in Australia as the owner/operator of the 50,000 head capacity Rangers Valley feedlot in northern NSW, and associated export and domestic grainfed beef business. Marubeni has gradually expanded the Rangers Valley yard since its purchase in 1988.

Japan’s Nikkei financial press said with the resumption of US beef exports to China, Marubeni expected the country’s appetite for meat to grow as its middle class expands.

Creekstone, which recorded US$550 million (A$687m) in sales last year, processes beef for sale to supermarkets and restaurants. It is the twelfth largest US beef processor by volume and among the country’s top processors of premium beef. In 2016, Creekstone processed about 250,000 head of cattle, with about 80pc of the product going to US consumers, and the rest shipped to Europe, Japan and other countries.

Creekstone gained its license to export to China soon after the US beef ban was lifted last month. The company uses a detailed age-verification system as part of its point of difference. Marubeni will aim for sales of $620 million at Creekstone in 2020 by increasing exports to China and other emerging markets, Nikkei said.

Marubeni has been exporting American beef to Japan for more than 40 years. The company will use this sale channel, plus Rangers Valley, to expand Creekstone’s exports, Nikkei said.

China’s decision to lift its US beef ban, which had been in place since 2003 following the US outbreak of BSE, came on the heels of an agreement between the US and Chinese governments in May. Marubeni sees changes in trade policy among major economies as a business opportunity, Nikkei said.