More than $450,000 in Federal Government funding has been allocated to improving animal disease capability at domestic abattoirs. 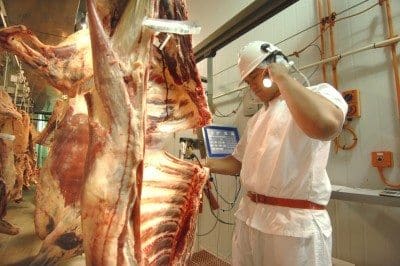 The investment is aimed at training and resources to improve emergency animal disease preparedness, reporting and response capabilties.

Minister for Agriculture David Littleproud said the investment recognised the central role of abattoir staff in the animal health system.

“Abattoir staff play a critical role in biosecurity by inspecting animals and carcases for signs of pests and disease,” Minister Littleproud said.

“Australia exports over 70% of what we produce and the detection of an emergency animal disease has the potential to stop trade overnight.

“Abattoir staff can play an important role in maintaining our market access through early identification and reporting.

“That is why the Australian Government is working with Mintrac to develop new training and guidelines to better equip abattoir staff to undertake specific management activities during a response to an emergency animal disease.

“This training will be developed in consultation with jurisdictional governments and industry and will support the national response to an outbreak.

“This work fulfills commitment outlined in the Commonwealth Biosecurity 2030 strategic roadmap and builds on a prior project funded under the Australian Government’s Agricultural Competitiveness White Paper in 2019.

“By the end of that project, hundreds of trainees reported greater confidence about how to take appropriate action if presented with signs of an unusual disease. This new project is expected to be equally as successful.