THE Federal Government will shortly begin consultation on legislation to support new income streams for farmers who improve biodiversity outcomes on their land.

The legislation will build on the programs under the Australian Government’s existing Agriculture Biodiversity Stewardship Package. 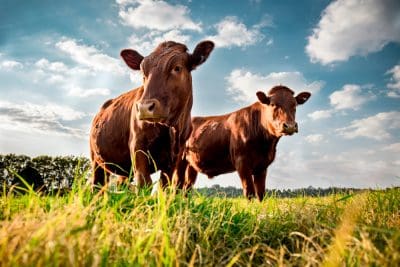 Speaking during the launch of the Australian Agricultural Co’s sustainability framework commitment, Mr Littleproud said the process would create a new form of tradeable property, and establish assurance and compliance systems that ensured integrity of the market.

The legislative framework would deliver a range of benefits including opportunities for farmers to earn income by delivering biodiversity outcomes for the environment.

“The legislation would ensure that farmers can be recognised for delivering environmental services and would provide a means of earning a drought-proof income from less productive areas of farmland,” Minister Littleproud said.

“The private sector would also gain access to an easy and cost-effective way to invest in credible on-farm biodiversity. Many corporations in Australia are interested, or already investing, in projects with biodiversity benefits.

Minister Littleproud said the Agriculture Biodiversity Stewardship Package was already demonstrating how a market can deliver financial returns to farmers, by piloting projects that deliver biodiversity outcomes alongside carbon, and enhance remnant vegetation.

As part of these pilots, the Australian National University had created the processes and protocols that measure and reward farmers for undertaking the projects, delivering a system that will be respected by international markets.

“This legislation would build on the success of these pilots and deliver a long-term pathway to market for farmers,” he said.

“A Biodiversity Trading Platform will link farmers with potential buyers, and importantly, provide information to farmers to plan projects while maintaining agricultural production.”

Consultation on the legislation will be open to select stakeholders and will seek views about key elements of scheme design required to create a successful voluntary market, he said.

The Government looked forward to hearing the views of stakeholders and would consider next steps once consultation has concluded.