Mr Brownlie’s contribution to the modern Australian meat industry has been extremely significant and lives on in the description and trading systems taking the industry forward today. 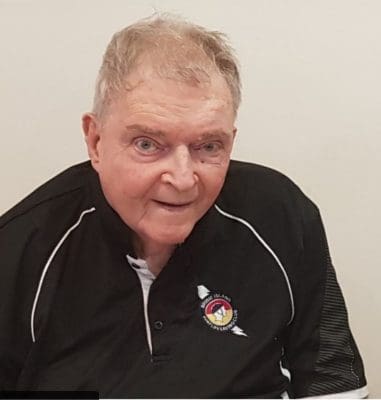 In following years, he became the technical services director in both the AMB and AMLC, and was heavily involved in trade description advances including development of the Handbook of Australian Meat (HAM), carcase classification and other objective measurements for the Australian red meat industry that eventually led to the establishment of AusMeat in 1986.

Born in Queensland in 1937, he started his working life working life at CSIRO, before being recruited to work at the AMB in the early 1970s.

The AMB had been involved for some time during the 1960s in creating a system of beef carcase appraisal. At this time, most Australian meatworks used their own system of selecting and classifying carcases, with little standardisation.

In the mid-1970s, Mr Brownlie led an extensive series of trials aimed at developing a precise method of carcase description, taking into consideration many different criteria and parameters. Initially, trials were held at the FJ Walker plant (now closed) at Aberdeen, NSW. Trials were later held at many other establishments in Victoria, NSW and Queensland.

These efforts built towards the establishment of the National Carcase Classification Scheme in 1976 to better enable meat traders to indicate to producers the types of carcase characteristics in demand in international and domestic markets.

In 1977 Mr Brownlie was appointed as director, technical Services at AMLC, when the Corporation was created from the vestiges of the AMB.

Among other activities, he was responsible for the development and publication of the Handbook of Australian Meat. This important publication was eventually extended to cover beef, veal, sheep-meat, fancy meats, buffalo, goat, processed meats and pork.

During this time Mr Brownlie was one of the key AMLC personnel responsible for setting the vision and mission for AusMeat – arguably the best-recognised and most comprehensive system worldwide for uniform meat and livestock classification and quality assurance.

He will also be remembered by many in the meat industry for his calm contributions in arbitrating trade disputes with overseas customers.

In 1991 Mr Brownlie was awarded the Medal of the Order of Australia for his contributions to the meat industry.

A private service has been held.