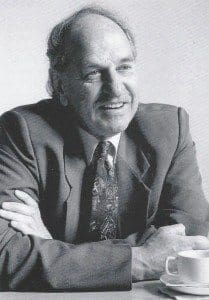 As part of the Gilbertson family which left an indelible mark on Australian red meat processing over a period of more than a century, he was chairman and managing director of RJ Gilbertson Pty Ltd, one of the largest beef and sheepmeat processors in Australia at the time. At one point the company had processing operations stretching from Cannon Hill in Queensland, through to Tasmania, plus extensive operations in Victoria and NSW.

The family’s shares in the RJ Gilbertson meat business were sold to Sumikin Bussan in 1996, later to become SBA Foods. Mr Gilbertson spent his later years primarily in property development.

Beef Central will prepare a more comprehensive tribute to Mr Gilbertson in an article to follow.