Mr Bray was the Cattle Council president from 2004-2008 and oversaw significant reform in food safety, animal welfare and the expansion of international trade. 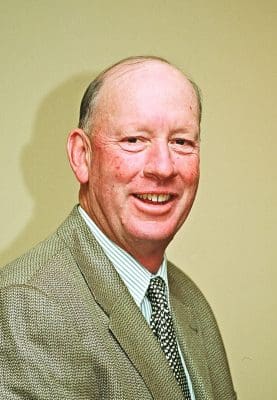 A beef and lamb producer from Walkerville on the South Gippsland coast, Bill ran a mixed breeding herd of Angus and Murray Grey crossed with Charolais.

Current Cattle Council president Lloyd Hick said Mr Bray was known as a passionate leader who worked with beef producers and the beef supply chain right across Australia to achieve good outcomes for all.

“He had a reputation for bringing a practical, producers’ point of view when developing policy and advocating for the industry,” Mr Hick said.

“He was known as a gentleman who was driven to bring us all together, but he wasn’t afraid of a fight for the good of our industry.

“Free Trade Agreements with the US and Thailand came into force during his tenure. Bill was closely involved in expanding market access and trade opportunities, which now greatly benefits the industry.”

“He was known to work with everyone at a local level and take what he learnt to address issues and explain our positions in international markets. He never stopped telling leaders at home and abroad about the importance of the beef industry,” Mr Hick said.

“Bill was also known as a diplomat with a drive to unify the industry, working to improve Cattle Council’s relationships with the Australian Beef Association and Meat & Livestock Australia.

Before Cattle Council, Mr Bray was a livestock agent and worked in abattoirs. This experience drove him to improve cattle production systems, and he was an early adopter of quality assurance programs including CattleCare.

“Bill Bray left a lasting mark on the grassfed cattle industry and will be missed by everyone who knew him, at Cattle Council, VFF and in his community,” Mr Hick said.

“Our thoughts go out to his wife Deb, his daughters Millie and Lucy and their families during this sad time.”