The Construction, Forestry, Mining and Energy Union paid for prominent metropolitan and regional TV ads appearing from last night, which argue strongly against the China-Australia FTA.

The CFMEU’s criticisms are around 457 visas in various aspects and around the increased liberalisation of access for Chinese labour into Australia. It suggests large numbers of Australians will lose jobs to Chinese imported labour. For the moment the Labor Party has supported the CFMEU on the labour issues.

Details about the CFMEU’s campaign can be accessed here. 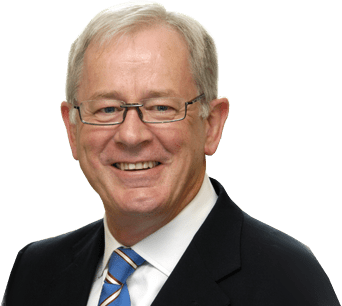 Trade and investment minister Andrew Robb has categorically denied the claims, saying xenophobic elements of the union movement are jeopardising Australia’s future growth and prosperity by continuing to spread blatant lies about the China-Australia FTA.

“Our economic relationship with China is responsible – directly and indirectly – for hundreds of thousands of Australian jobs.  By perpetuating myths about ChAFTA and demonising China, Labor’s union mates are threatening the very jobs they claim to be concerned about,” he said.

Mr Robb said the CFMEU, the ETU, the AMWU and the ACTU were wilfully peddling out-and-out lies regarding labour market testing and skills requirements for workers seeking temporary 457 visas.

Some of its key points:

“ChAFTA will open up huge opportunities for our resources, agriculture, manufacturing and service industries,” Mr Robb said.
“It’s time the unions supported the agreement which will create thousands upon thousands of jobs, leading to growth and prosperity for generations of Australians for decades to come,” he said.

“But while the unions are busy spreading lies about overseas workers, let’s not forget that Penny Wong herself said just a few weeks ago, and I quote: ‘temporary migration to fill skill shortages is a sensible proposition’.”

“Bill Shorten needs to call-off his union attack dogs and put a stop to the advertisements, deceptive ‘robocalls’ and push-polls in Coalition-held marginal seats across Australia, that are using inflammatory language to create fear in the electorate,” Mr Robb said.

In communication to members this week, the Australian Meat Industry Council warned that any delay to the entry into force of the agreement would cost the Australian meat industry. Extending the FTA’s entry into force into 2016 would simply provide advantage to Australia’s principal competitor in the Chinese market, New Zealand, which moves into zero tariffs in 2016 on beef and sheepmeat as a result of its own FTA with China established in 2008.

AMIC said it believed the China FTA agreement was a good deal for the Australian red meat industry and the economy at large.

“The trade agreement will further deepen and broaden that economic relationship. In the case of the meat processing and export sector the agreement will eliminate tariffs for beef, sheep and goat meat products over 4 to 9 years.”