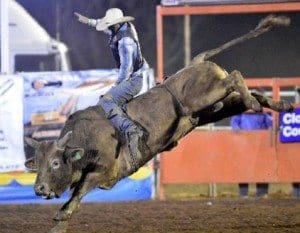 It looks like being a wild bull market ride all the way into the 2020’s. Image: Australian Professional Rodeo Association.

For the last 20 to 30 years the world has had a comfortable understanding of beef and cattle markets.

Essentially there were plenty of cattle and beef around the globe with consistent over supply from a number of large exporting regions including north America, south America, India and Australia keeping a firm lid on international beef and cattle prices.

Market observers enjoyed a reasonably solid understanding of how the market would react and what the new pricing levels would be following major shifters like seasonal failures, disease outbreaks, political and economic upheavals etc.

Over the last decade and a half, most of the world’s producers have steadily gobbled up large parts of their own cattle herds with many then commencing to access the few remaining areas of surplus to satisfy domestic demand which continues to grow.

Some time after 2000, China’s massive beef herd began to decline as the government’s focus for meat production targeted the much more efficient chicken and pork industries. With minimal government support and rampant increases in consumer demand, the Chinese herd quickly declined to the point where it was unable to supply its own domestic needs in about 2007.

From 2010 to 2015 (ongoing in some areas) the largest beef producer in the world, the USA, suffered a series of massive droughts. Many producers who had battled poor returns for generations were finally convinced to get rid of their breeders and switch to alternative enterprises. The result is that the US beef herd has declined to levels not seen since the late 1950s.

Not long after the US drought commenced, Australia suffered an equally disastrous run of poor seasons from 2013 to 2015 (and ongoing) resulting in the slaughter of a very large proportion of the national breeder herd. When it eventually does rain in Australia, supplies for export will immediately shrink even further as the slaughter of breeding females will come to a sudden halt.

This only leaves Brazil and India with significant surpluses of beef to offer to the world but both have Foot and Mouth disease issues which severely restrict their capacity to supply many of the more lucrative first world markets so, to a large extent, the excess supplies of “freely traded” export beef disappeared over a very short period from around 2012 to 2015.

The net result is that the world has suddenly switched from a 40 year over supply position to a totally new situation where demand comfortably exceeds supply. As this first happened in China while its economy continued to grow strongly, prices there have shown the most spectacular increases. More recently the US has followed with its own price spike while Australian rates have just begun their climb to the heady heights where new record cattle prices are being created on a weekly basis. 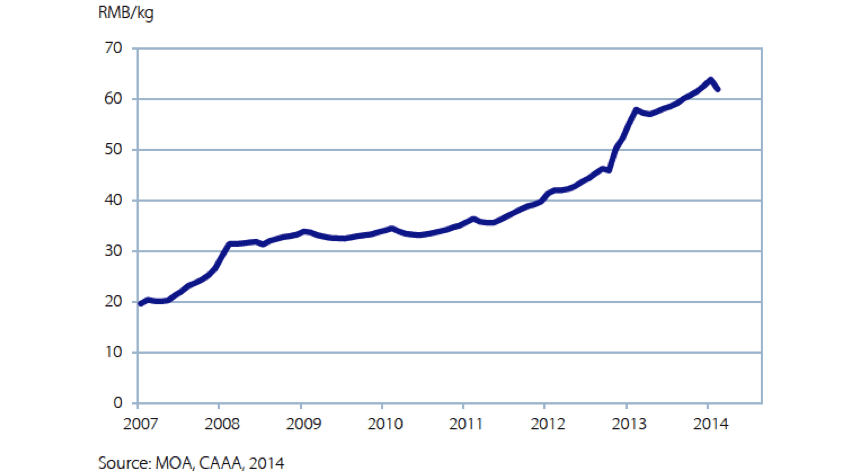 The simple fact is that the entire world has suddenly entered a market environment that is totally new.

Nobody has any experience of this new world order of strong demand and inadequate and shrinking supply. While everyone understands the fundamentals that cattle and beef prices must rise, nobody has any idea of where the new equilibrium will settle. The result is rampant speculation producing market rates driven by emotion and inexperience. US feeder cattle prices recently peaked at about AUD$8 per kg live weight while the price of slaughter cattle was about AUD$4.50 per kg live. No matter how cheap cattle feed is, it is virtually impossible to make a profit for a feedlotter stuck with this spread of prices. But these were the real prices paid in hard cash in the world’s most sophisticated commercial beef and cattle market.

So the new market seeks to find its new commercially sustainable pricing levels by trial and error instead of prior experience. $8 for US feeders was clearly an overshoot error and is now being toned down considerably. On the other hand, US breeder prices have doubled and in some cases tripled. Once again, traders are in new territory and nobody knows what is the “new fair market price” for breeders so wild speculation has taken over.

To spice these complexities up a bit further, add the sudden shock to western consumers who are finally being asked to pay a fair price for their beef instead of the bargain basement rates of the last 40 years.

They are naturally resisting the new “fair prices” and this resistance adds another level of uncertainty to the supply and demand equation. Then add what seems to be even more volatile seasonal fluctuations, international currency movements and general global political and economic instability than usual to the price discovery mission and it might be easier picking the winner of the Melbourne cup than predicting the “new fair value” of cattle and beef.

The only certainty is that reversing the supply and demand equation must force prices to rise.

Finding the “new fair pricing” levels will involve lots of trials and lots of errors and possibly about 5 or 6 years of throwing darts at the board before the market finally gets a grip on the new normal.

So buckle up, it looks like being a wild bull market ride all the way into the 2020’s.