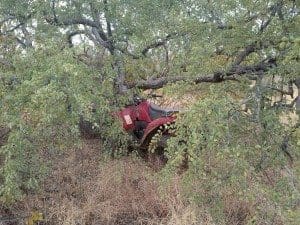 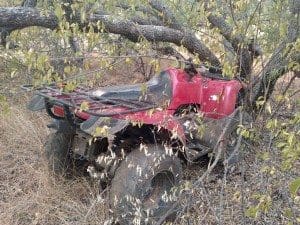 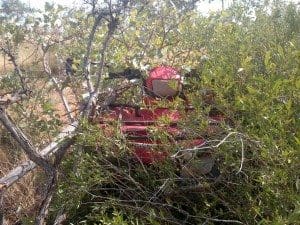 Detectives from the Cloncurry Stock and Rural Crime Investigation Squad (SARCIS) have successfully recovered two quad bikes that had been taken from the town back in April of this year.

The bikes were taken from a shed whilst the 76-year-old owner was in hospital.

Acting on information provided from the public police travelled to two locations in the Northern Territory and located the missing bikes hidden in scrub land.

One was located off the Barkly Highway about 160km west of Camooweal and the other located 180km north of the Barkly Homestead roadhouse off the Tableland Highway.

Other property that had been removed from the bikes was also recovered from the bed of Butchers Creek which is about 20km west of Cloncurry.

A 32-year-old Cloncurry male has been arrested and charged with two counts of unlawfully using vehicles and one count of unlawful trespass.

He has been bailed to appear in the Cloncurry Magistrates Court on 17 July 2015.

Officer in charge Det. Sergt. Bob Guteridge said that had it not been for the information from the public it was highly likely thebikes would never have been found.

They have since been returned to the owner.