A REPORT examining rising energy costs in the ag sector has found that while many farm business have become more energy efficient, recent energy price rises – up to 100pc in the last five years in some examples – have outstripped the sector’s ability to match price rises with efficiency gains.

“Energy costs had increased significantly over the past decade, both in nominal and real terms, and these dramatic cost increases have important implications for the competitiveness of Australian agriculture,” the report said. 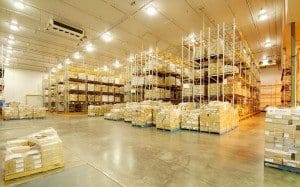 The farm sector needed to engage in the debates associated with this issue using sensible, evidence-based arguments to optimise policy outcomes, AFI found.

“Traditionally, energy inputs have formed a relatively small proportion of overall production and post-farm and processing costs. However, the trend of increasing energy costs, particularly electricity, and the impact of these costs on production and profitability are becoming increasingly important issues.

“The cost of energy has become a significant factor impacting the profitability and potentially the global competitiveness of Australian agriculture – any policy change likely to impact on energy prices needs to be considered in this context.”

“Australian farms and agribusinesses operate in a highly competitive business environment, and as production systems intensify and utilise additional energy-intensive technology, their dependence on energy inputs increases,” the report said.

“The ability of agricultural businesses to remain globally competitive in this environment will be heavily dependent on the proportionate cost of energy.”

The report estimates the cost of energy to the Australian agriculture sector to be $5.8 billion annually. Excluding processing, energy costs were $4.56 billion – equal to 9pc of the gross value of production of the sectors analysed.

The results of the research showed that fuel (diesel, petrol and oil) was the biggest cost of energy for Australian ag at $2.5 billion annually, with electricity costs marginally behind that at $2.4 billion. Fuel and electricity represented a direct cost to farm businesses of approximately $1.4 billion and $1.2 billion respectively.

Not surprisingly, the report found that the beef industry was one of the heaviest users of energy.

Energy is used in processing for slaughtering, boning, processing and rendering, as well as for heating, lighting and refrigeration.

The research has taken a broad industry approach to the collection of energy use and cost data, enabling evidence of the impact of these energy costs on a larger scale. The study claims to be the first to investigate the cost of energy to Australian agriculture across multiple sectors and value chain segments.

Using a new energy cost calculator, the AFI report looked at a scenario modelling the impact of a 30pc increase to electricity and a 5pc increase to all other major energy sources, applied to the baseline data. Results are published in this table. Across the entire farm sector this energy price rise scenario was estimated to add an additional $863 million annual cost to the farm sector.

In the beef industry’s case, the additional cost was estimated at $211 million a year, rising to $1.547 billion. The grains industry’s cost (being proportionately less reliant on electricity and more on diesel) would rise only $102m, to $1.694 billion, while chicken meat would increase by $164 million.

In response to the threat to profitability posed by rising energy prices and decreasing competitiveness, Australian farm businesses are increasingly implementing off-grid or alternative energy solutions in an attempt to increase control over energy prices, the report found.

Ongoing collection of energy cost data needs to account for these changes so that official energy use and cost statistics accurately reflect how energy is used in the agricultural value chain, AFI said.

Lack of data on energy use had hindered the development of practical, long-term solutions by industry on energy use/cost management to date, and current responses tend to suggest short-term fixes which could sidetrack material change, it said.

“Solutions to address the issue of rising energy costs for agriculture have so far largely been contained within an industry, for example sector-specific efficiency measures. However, to deal with the fundamental long-term issues – i.e. network charges and cheaper, reliable power – unified cross-industry lobbying efforts (with the inclusion of detailed evidence of consequences) are required in order to drive long-term, macro-level policy change,” AFI urged.

“Energy price rises are an economy-wide problem and have fuelled intense political debate about appropriate policy to provide reliable and affordable energy. Australian industry – including agriculture – is rapidly becoming uncompetitive against countries with cheaper and more reliable power,” it warned.

The data has been built into the Energy Cost Calculator (available at www.farminstitute.org.au) which can be used to model the impact of energy price changes on Australian agriculture.

AFI said the Energy Cost Calculator would be a useful and timely aid for providing impact context to the ongoing discussion about energy policy.