Princess Royal’s NFAS-accredited feedlot, located on Mackerode Station near Burra. Note wind turbines on the horizon. Click on image for a larger view.

SOUTH Australian vertically integrated beef business, Princess Royal Station, will fly the flag for the meat and livestock industry at Telstra’s National Business Awards being staged in Sydney on August 20.

The Rowe family’s Princess Royal cattle and lotfeeding enterprise, based near Burra, was announced last month as the regional and medium-sized business category winners in the Telstra Business Awards at state level in South Australia. Other states have now also announced their winners, which will line-up for the national title later next week.

It’s been a lean year for agriculture in representation in the list of 48 state winners in six business categories that will go on to the national awards mix later this month. Aside from Princess Royal, the only other representative from agriculture this year is Southern Cotton, Whitton, which won the regional award in NSW.

The business was formed in 2003 by Simon Rowe and his father, the late Bob Rowe, after the family exited their interests in processor, T&R Pastoral (now Thomas Foods International).

Princess Royal now operates a dozen properties in the state’s mid-north, plus another two in the Flinders Ranges, totalling almost 50,000 ha. The holdings run a combination of Shorthorn, Angus and Droughtmaster genetics, with steers and surplus heifers either grain or grassfed for domestic and premium export markets including the EU.

The enterprise operates its own NFAS-accredited feedlot on nearby Mackerode Station, featuring advanced feeding and milling systems including a tempering mill for better feed quality and utilisation, and air-operated crush and drafting facilities. The design of the complex creates an efficient, low-stress environment for cattle during the induction and exit processes. About a third of the enterprises’s feed requirements are sourced from a large-scale cropping program. 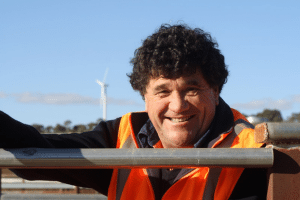 In addition to breeding and growing its own cattle and lotfeeding, the integrated business also trades cattle, sheep and lambs, and operates its own freight division for livestock transport.

Simon Rowe said the business was always looking at new methods and technology to ensure its end product was constantly of premium standard, as demanded by the international marketplace.

Judges for the Telstra Business Awards SA division described Princess Royal as an innovative, steady family business that continuously improves the quality of its product.

“The company displayed very structured future business plans, strong vision, is community-focused and has a strong online presence that was rare for a regional business,” judges said.

About the Telstra Business Awards

Telstra has held its annual Business Awards each year since 1992, celebrating the achievements and entrepreneurial spirit of Australia’s small and medium businesses. These are businesses that have a huge influence on the people and economy of Australia, especially in regional areas. Together they account for more than 70pc of employment and about half of the value of industry.

The judging process at state and national level is rigorous, examining everything from financial management to HR, customer relations to marketing. At the same time, potential Award winners must demonstrate they go beyond the usual measures of a well-run business by displaying outstanding leadership, innovation and a vision for the future.

An entertaining biography on the late Bob Rowe, “The Great Cattle Trader”, written by Nigel Austin, is available for sale for $50. Click here to make a purchase inquiry.