Roundtables and Squaretables: Where does CCA sit?

First there was the Global Roundtable for Sustainable Beef, now Australia’s beef industry is being asked to support a ‘Squaretable’ process instead. 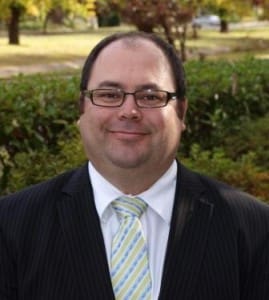 The Squaretable is the Nationals’ proposed alternative to the global Roundtable process. It still encourages the Australian beef industry to demonstrate its commitment to sustainable beef production, but in a way that totally excludes the World Wildlife Fund (WWF), which the Nationals say cannot be trusted and will ultimately force costly accreditation schemes upon producers.

The Global Roundtable process was initiated by McDonalds four years ago with the aim of bringing together major supply chain stakeholders, producer groups and environmental organisations such as the World Wildlife Fund to develop a globally-accepted definition for ‘sustainable beef’.

The Cattle Council of Australia joined the Roundtable in 2012, along with other major producer groups from the US and Canada, and has repeatedly maintained that its engagement has been essential to ensure Australian producers understand where global expectations lie on sustainable beef production, and have a direct opportunity to shape the global definition of sustainable beef.

However CCA’s decision to engage in a Roundtable that also includes the WWF has not been supported by all producers, particularly those with fresh memories of the WWF’s successful campaigns to introduce onerous vegetation management restrictions on landholders across Queensland in the mid-2000s. Opponents insist that no level of cooperation with the WWF by industry groups can ever be tolerated.

Against that backdrop, Queensland Nationals Senators have become increasingly outspoken against the Australian cattle industry’s participation in the Global Roundtable process, arguing that the WWF’s real agenda is to control production processes at farm level, as it has managed to achieve in other sectors such as the Palm Oil industry.

Queensland Senator Barry O’Sullivan says Australian industry representative groups should step back from the Global Roundtable process and instead form a local ‘Squaretable’ that demonstrate the industry’s commitment to sustainable beef without the involvement of WWF.

The Nationals are hoping to pull a range of industry groups and representatives together in the near future to get their Squaretable process underway. Beef Central has today learned that former AA Co managing director David Farley will soon be announced by the Nationals as the chair of the Squaretable (see seperate article on Beef Central today).

Beef Central asked CCA chief executive officer Jed Matz this week if the council saw merit in the Nationals’ Squaretable proposal, and, if the concept was likely to alter the council’s involvement in the Global Roundtable process.

He said it was important for Cattle Council to remain involved in the Global Roundtable process because Australia’s cattle industry had to take account of what people were saying about sustainable beef production globally, especially those who were buying Australian beef.

Multiple stakeholders were involved in the GRSB process, and, regardless of whether Cattle Council was involved or not, the GRSB would continue to develop a definition for sustainable beef.

“That’s where the global roundtable in the context of this debate is relevant, in that there are multiple stakeholders that are important for the beef industry that are sitting around a table telling us what they think,” Mr Matz said.

“In that respect we are aligned with the Senator’s (Barry O’Sullivan) concept of the Squaretable in that he only wants key industry stakeholders to be involved, we won’t be including WWF in any of our discussions in terms of how we are going to verify sustainable beef in Australia.

“And when I say verify, I’m talking about telling the story about how our industry is sustainable, and that doesn’t necessarily mean on-farm systems or any measurements on-farm, it is a verification of the supply chain at a national level using the current systems and mechanisms we already have to do that.”

Mr Matz said CCA has had phone discussions with the Senator to discuss the Squaretable proposal and is seeking to arrange a meeting with the Senator when Parliament re-sits in Canberra next week.

He said that until CCA had a chance to sit down and talk face to face about the Senator about the detail of his proposal, it was difficult to comment further on the Nationals concept.

He stressed that Cattle Council’s view, however, was that decisions on how the industry approaches the sustainable beef issue will continue to be led by industry.

“This is an industry issue that needs to be dealt with by industry,” Mr Matz said.

Mr Matz said Cattle Council had raised the issue of its involvement in the roundtable process with producers at several forums in recent years.

“Some producers say be careful, don’t get into bed with WWF, but when we explain what we are involved in and why we are involved, we generally have a level of acceptance from the industry that we need to be at the table and we need to know what is going on.

“Cattle Council has not been inundated by thousands of producers complaining about this (through the consultation period), and we’ve been open for debates, we’ve been telling people to get in touch with us and to tell us what they think, we’ve been to producer forums in WA, NSW and Qld and spoken directly about this issue to producers and received very little negative feedback.”