NSW Farmers has welcomed additional manpower to repair ruined rural roads, but says flood-proofing for the future must be on the agenda.

On Tuesday NSW Regional Roads Minister Sam Farraway announced the NSW Government would deploy 200 people and heavy machinery from across the state to the central west and Murrumbidgee to assist with the mammoth task of reconnecting the road network. 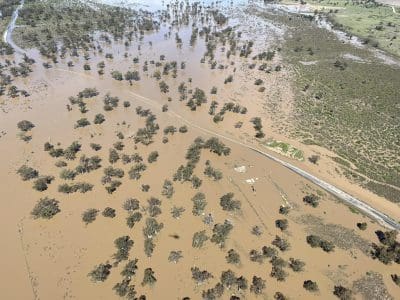 According to local councils about 10,000km of roads had been flood-affected, leaving communities to deal with more dangerous conditions and longer travel times in rural areas. The situation was placing enormous strain on an already stretched agricultural sector, with limited harvest opportunities and road access causing headaches across the state.

NSW Farmers Business, Economics and Trade Committee chair John Lowe said the extra help to get road repairs underway was welcomed, and the total damage bill could be enormous.

“It’s great to see these extra workers will be deployed to the worst-affected areas, but there is simply so much damage out there that we could be looking at roadworks for many months to come,” Mr Lowe said.

“Rural people are dismayed at how quickly the road network crumbled, and it’s pretty clear that we need to rebuild better so we can avoid these sorts of headaches in the future.

“We need to get rural communities and businesses up and running again, so we can do our part in the food and fibre supply chain.”

Emergency funding for urgent road repairs was being fast-tracked by the NSW Government, and Mr Lowe thanked both the state and federal governments for their response.

“To their credit the authorities are listening to communities and providing support, the problem is that there’s just so much work to be done,” Mr Lowe said.

“Even if we had a limitless stream of money to fix these roads up, it’s unclear who would actually do that work.

“We need resilient communities and resilient roads, but to get there we may well need military engineering support to help get back on track.”