Global food manufacturing giant Nestle announced plans last week to enter the alternative proteins market, with the launch of a plant-based burger pattie in Europe and the US.

AS the cost of meat continues to rise, a surging demand for vegan and vegetarian products represents a growing threat to local demand for Australian meat and dairy, business analyst IbisWorld says in a new report.

According to IBISWorld research, demand for plant-based products has surged in recent years, with food manufacturers, retailers and food service operators in Australia “constantly having to introduce new products to keep up.”

“The quality of these products is increasing at a rapid pace, with plant-based alternatives to meat and dairy foods continuously being launched. Unilever recently launched a plant-based alternative to its Magnum ice cream products, and popular food chains Hungry Jacks, Grill’d and Schnitz have all recently added plant-based options to their menus, in an attempt to take advantage of rising demand,” said IBISWorld senior industry analyst, James Caldwell.

While demand for plant-based foods had soared over the past five years, so too has the price of meat products, IbisWorld’s report said.

This trend had weakened local demand for meat products, and “forced the meat sector to turn to overseas markets to sustain growth,” it suggested.

The IbisWorld report was released the same week that global food manufacturing giant Nestle announced plans to enter the alternative proteins market, with the launch of a plant-based burger pattie in Europe and the US.

In a statement, Nestle said its new pattie is 100pc plant-based, with natural protein from soy and wheat. It contains natural plant extracts such as beetroot, carrot and bell pepper to help create the look of a beef burger before, during and after cooking.

“We believe this trend is here to stay, as consumers look at different ways to enjoy and balance their protein intake and lower the environmental footprint of their diets,” he said.

Both the European and US lines are “the result of collaboration between culinary chefs, alternative protein researchers and local food experts,” Nestlé said.

“Many consumers recognise that less meat in their diet is good for them and for the planet, but plant-based meat alternatives often do not live up to their expectations,” Nestle said.

It said the new burgers would allow even meat-lovers to enjoy a veggie burger that hardly differed from a traditional burger. 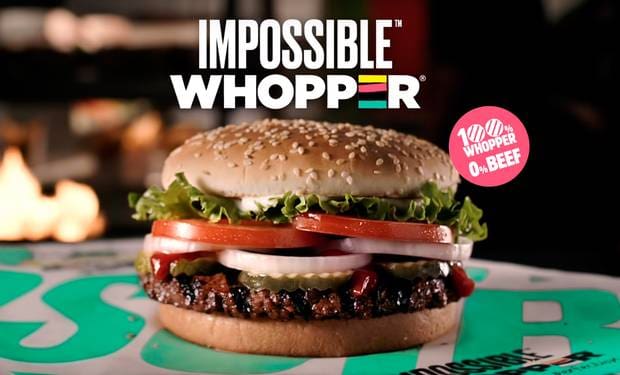 According to IBISWorld, food-based innovations have allowed manufacturers to produce plant-based foods which better mimic the taste and texture of meat products. Companies such as Beyond Meat and Funky Fields were now producing meat alternatives that are “so realistic, they are being sold next to meat products in supermarkets.”

“With the rise in the price of meat products over the past five years, we are now at a stage where plant-based alternatives are comparable to traditional meat in terms of both quality and price,” IbisWorld said.

Australians are increasingly concerned about their impact on the environment, which IBISWorld analysts suggested was a factor behind the rise in demand for plant-based products.

“The meat and dairy sectors have been considered to have a large carbon footprint by environmental organisations, with research finding animal-based agriculture responsible for 18pc of greenhouse gas emissions,” it said.

“In addition, raising animals for slaughter is a water and land-intensive process. According to the UN’s Priority Products and Materials report, both meat and dairy require more resources in terms of land and water, and produce more emissions per kilogram of food than plant-based alternatives,” Mr Caldwell said.

Rising health consciousness is another driving force behind the trend towards greater consumption of plant-based foods, the report said.

“For example, the International Agency for Research on Cancer recently classified processed meat as a Group 1 carcinogenic, placing it alongside asbestos and tobacco. As a result, domestic meat consumption has stagnated and is expected to fall over the next five years, reflecting increasing health consciousness among consumers.

“In addition, dairy products have been linked to increased saturated fat intake. As obesity rates continue to rise among Australians, low-fat dairy alternatives are becoming more attractive to increasingly health conscious consumers. As a result, plant-based milk alternatives that are frothable are also increasingly popular in Australia’s coffee shops.”

Demand for these products will intensify as the quality of milk and cheese alternatives continues to improve, the report said.

“Australia is currently experiencing a rising fitness culture, which is encouraging more consumers to reduce their meat intake, and to move to low calorie diets. Plant-based food manufacturers have been acutely aware of this trend, and have increasingly produced foods with few calories and low levels of saturated fat. This trend has significantly contributed to rising demand for plant-based foods,” Mr Caldwell said.

According to IBISWorld, the number of people following a vegan or vegetarian diet in Australia is expected to continue rising over the next five years, bringing the country’s meat and dairy sectors under increasing strain.

As demand for vegan products rises, food manufacturers are expected to increase the range and quality of their plant-based foods, driving further demand.