To access these and other challenging red meat and livestock industry positions listed on Jobs Central, click here.

In the countdown to the 2021 Inter-Collegiate Meat Judging Association Conference at Wagga in July, Beef Central is publishing a series of case studies on former ICMJ participants, now forging their careers in the meat and livestock industry. Now in its 30th year, ICMJ has a reputation of attracting graduates to careers in the meat industry – and as the profiles below shows, sometimes from non-traditional backgrounds….

Ethan attributes his rapid career progression to having made the choice to participate in ICMJ’s Wagga conference, and is now giving more students a chance to get a start in the red meat sector by being a driving force behind the creation of the ICMJ Northern Beef Conference held in Rockhampton. 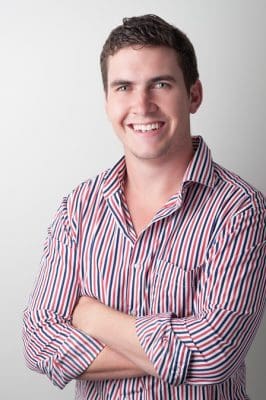 “I can honestly say I wouldn’t be in the position I am today if it wasn’t for ICMJ,” Ethan said. “It’s why I’m pretty strong on getting as many young people through our plant as possible from schools and universities, and that approach has now led to the bigger opportunity of getting the ICMJ Northern Conference up and going.”

Although he grew up in Sydney, Ethan had an early and ongoing connection to the livestock industry with his family leasing cattle blocks near Tamworth and Bendemeer in northern NSW, and later at Oberon in the Central West.

Agriculture-focussed projects at his high school, Oak Hill College in Castle Hill, encouraged him into further studies in the field, undertaking a Bachelor of Animal and Veterinary Biosciences at the University of Sydney where he graduated in 2013. It was here that Ethan had his introduction to ICMJ during in his final year at university when he joined the university team that competed at the Wagga competition.

The team’s third place finish was the start of a strong run of results for University of Sydney teams, which became more consistent as a result of implementing a dedicated training program to prepare students for the national competition.

As part of his participation in ICMJ, he took the opportunity of the Wagga event’s Careers Expo to make sure he would have a job upon graduation.

“I knew that I wanted to do something in the livestock side of the industry, so I connected with all of the different companies at the careers expo,” he said. “I spoke to the people on the Teys stand and somehow I ended up getting Geoff Teys’s personal email address, so I wrote to him and made an appointment.

“I figured if you want an answer, go straight to the top. I didn’t go through HR or anything like that.” The meeting was scheduled to occur at Sydney airport on Geoff’s way to Wagga, but a change of flights meant a last-minute change of location meant the meeting was rescheduled to 6:30am the following day in Wagga.

Ethan drove overnight from Sydney to Wagga believing it would “send a clear signal” to Geoff that he would do whatever it took for the job.

“One week later I started work.” His initial position with Teys was as an assistant to the livestock buyers for the northern NSW and southern Queensland area, learning the ropes before being given a break and promoted to 2IC to Beau Suraski, the lead buyer for Teys’s Rockhampton plant.

Ethan’s second piece of luck came six months later when Beau resigned, and by mid-2015, he had risen to become lead livestock buyer for Teys’s Rockhampton, a position he held for two years.

In early 2018 he moved into the plant operations side of the business, starting on the kill floor and learning the duties of all of the positions from there through to the boning room. After six months of labouring, he moved into the office to learn plant management from legendary Lakes Creek general manager Wasantha Mudannayake.

“Wasa taught me how to run the kill floor, the marketing, and all of the other management things you need to deal with in running the day-to-day business of an abattoir.”

“ICMJ was a huge benefit for me. I use that knowledge in my plant management role and in the boning room. In my job you really need a good, sound understanding of carcase utilisation, grading techniques and quality versus yield components.

“By having those fundamentals you can then push yourself in your career to apply that at whole of business level.”

ICMJ continues to support Ethan’s career development, with the ICMJ Alumni network a regular source of advice and assistance.

“That access to a network of peer support is one of the biggest things that I got out of ICMJ and that’s why I really want young people to understand agriculture and the different roles it can provide to people,” he said.