The Australian Agricultural Co has appointed David Hunter to a newly-created company role, as manager of livestock sales and logistics.

Mr Hunter worked previously with JBS Australia, where he operated as part of the sales team, specialising in by-products. He previously also spent time with Consolidated Pastoral Co, in a livestock role.

His new position will involve working with AA Co’s Pastoral Group, Feedlot Group and Branded Beef Group in coordinating livestock movements between the three, and external store and slaughter cattle sales. He started in his new role in late June.

The Australian Agricultural Co holds its 2014 annual general meeting in Brisbane on Thursday next week.

Accolades as much-respected Woolies buyers hang up their hats

Dennis Strachan, who represented Woolworths out of Tamworth, NSW, and Jim Lenthall, based out of Murray Bridge in South Australia, both retired last Friday, July 4. 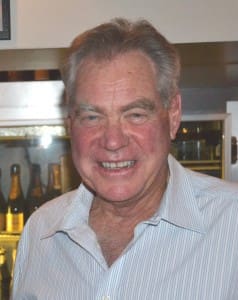 Having already accumulated strong livestock knowledge during his earlier career, he joined Woolworths in 1980, spending the next 35 years representing the company buying lambs and cattle across South Australia and western Victoria. 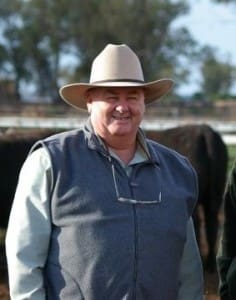 Dennis Strachan had a somewhat similar career path, starting work with Riverston Meat Co in 1966 as a livestock buyer. From 1983 to 1988 he worked as a commission buyer based out of Manilla in NSW, buying lambs and cattle for FC Nichols, Woy Woy, Melrose Meats and others.

In 1988 he accepted a position with Angliss group as livestock manager at the company’s Naracoorte SA plant, before joining Woolworths in 1995. He spent the next 19 years living mostly at Singleton NSW, as Woolies’ northern livestock manager, buying beef.

Dennis was noted for his keen eye for livestock, leading to his judged led steer and cattle shows all over the country, from the Brisbane Royal Exhibition to Adelaide Royal Show, and numerous steer/heifer shows throughout Australia.

“Both Jim and Dennis have been a valuable part of the success of Woolworths’ meat business over their many years of service,” Woolworths national beef procurement manager, Brett Thompson said last week.

“It is through the dedication of staff like Jim and Dennis that the company has been able to provide such consistent, high quality beef to customers across Australia,” he said.

Both Jim and Dennis were farewelled with a series of company and industry dinners across their respective regions last week.

Respected beef breed society administrator Alex McDonald stepped down as general manager of Limousin Australia on June 30, after 22 years at the helm of the organisation.

The division undertakes the certification of breeding cattle exported to Russia, Kazakhstan and China.

He is one of the longest serving general managers among Australian breed societies with only Geoff Taylor, with the Hereford society, and John Croaker, with the Australian Brahman Breeders, serving longer terms.

“Our National sale in May had a 10 year high average price, reflecting confidence in the breed in a fairly tough marketing environment,” Mr McDonald said.

During his time with Limousin Australia, he was instrumental in the uptake of Breedplan by Limousin breeders, especially the introduction of an estimated breeding value for docility – a first for Australian breeds.

Under his leadership, the Limousin breed was the first to implement an Information Nucleus program involving a young sire progeny test program.

The comprehensive phenotypic measurements of significant numbers of calves along with DNA ‘SNP’ tests have already been used to test genomic prediction equations for Limousin developed by Igenity and the former Co-operative Research Centre for Beef Genomics.

The society also combined with New Zealand for the first trans-Tasman BreedPlan analysis in 1995 and incorporated their membership in 2009.

In another breed first, the performance data from Australia and NZ analysis will soon be combined with data from South Africa and Namibia in a single southern hemisphere Limousin BreedPlan analysis. Mr McDonald said having Limousin EBVs from four countries on a common base would facilitate trade in genetic material.

“In terms of markets, a boon for Limousin has been the move by Coles to sell only beef from animals not treated with HGPs, as Limousins have natural muscling due to the unique F94L muscling gene,’’ he said. This gene protects against over fatness, particularly in heifers.

“Important markets, such as the European Union, Russia and China, have a zero tolerance of HGPs, so I believe they will eventually be banned in Australia in order to protect important markets.”