RMAC is the red meat industry’s coordinating advisory forum on common issues made up of beef, goatmeat and sheepmeat producers, lotfeeders, processors, retailers and livestock exporters representing their interests to the government, community and industry.

Mr Parker has most recently worked as a senior advisor to the Queensland Office of the Leader of the Opposition – a role requiring extensive stakeholder engagement and industry relationship management. Prior to that he gained experience in economics, trade and industry affairs with Sheep Producers Australia, and has an academic background in agriculture, focused on regulatory risk in ruminant livestock industries.

“Mr Parker was chosen from a strong field of candidates, and his drive, knowledge of industry and ability to engage the room impressed the selection panel,” RMAC chairman John McKillop said.

“His previous experience in navigating the vast and varying degree of stakeholder policies and views, all while delivering outcomes will be an asset to the red meat and livestock industry. We look forward to working with Mr Parker to chart industry’s strategic direction through Red Meat 2030 and achieving our industry’s vision and priorities,” he said.

Mr Parker takes up his new role next week.

Red meat processor NH Foods has made an appointment to fill the role as general manager of the company’s large Thos Borthwicks plant near Mackay in North Queensland. 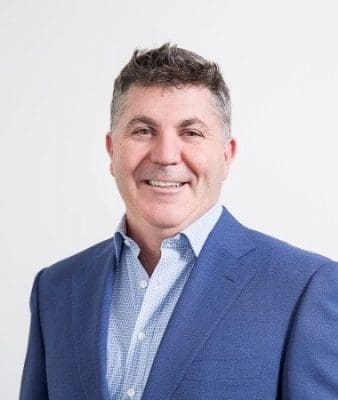 Mr Meara spent five years from 2015 with MLA in Dubai as business development manager and then regional regional manager for the Middle East and North Africa region. Prior to that he spent 12 years in management roles working in supply chain and meat processing operations roles with ADFSC (GRM International), domestic processor Asian Pacific Exports and burger pattie manufacturer OSI Industries. Earlier still, he worked with Stanbroke and Australian Agricultural Co.

MLA has advertised for a new regional manager for the Middle East/North Africa region. An appointment is expected sometime this quarter.

Twenty-two year old Beef City feedlot mill foreperson Molly Sage was announced as the 2020 ALFA Young Lotfeeder of the Year during a virtual gathering not long before Christmas.

Molly became the twenty-seventh recipient of the annual grainfed industry award, first bestowed back in 1994. 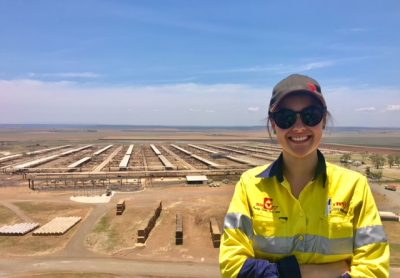 She started with JBS Beef City near Toowoomba four years ago as a feedtruck driver, working her way into a leading hand role, and then into her current position as mill foreperson.

Lotfeeding runs in her veins, having grown up on feedlots for most of her life, both in NSW and Queensland. Her father James currently manages Conargo feedlot near Deniliquin in NSW.

Molly originally sought work on a feedlot for 12 months as part of her gap year before intending to start tertiary study in agricultural engineering, but has found the practical work in feedlots more enticing for the time-being. She has since completed a diploma in business management through TAFE.

The award announcement was made during ALFA’s 50th Anniversary online event before Christmas.

From an original pool of 13 Young Lotfeeder of the Year entries last year, six progressed to the second judging round where they undertook a formal interview with a judging panel, followed by presenting to the ALFA Council on their chosen essay topic. The two other finalists for the 2020 award were Kailen Hodgson from Teys’ Charlton feedlot in Victoria and Louise Rush from TFI Iranda Beef feedlot in South Australia.

Molly’s chosen study topic as part of the Young Lotfeeder of the Year award was the potential to use Lemna (duckweed) as both a bio-fuel source to fuel mill boilers, as well as feeding the by-product (high in protein and omega 3) as feedstuff to stock. Lemna can be cultivated, but often grows naturally and abundantly in feedlot sediment ponds. She has won $5000 funding towards a study trip/further study, along with a grainfed beef industry scholarship to attend the Australian Rural Leadership Foundation’s TRAIL program for emerging leaders. She previously made the top three finalists in the 2019 Young Lotfeeder competition.

Molly has a particular interest in the environmental aspects of feedlot operations, and hopes to apply her award funds to further specialise in this field.

“The more I explore the environmental side of lotfeeding operations, the more passionate I found myself becoming about that topic,” she said.

“JBS has its own environmental team working with the feedlot division, so there is always potential in that space – but I enjoy the hands-on side of daily feedlot operations a great deal, right now.”

The Australian Brahman Breeders Association is this year celebrating 75 years, since the association was established in October 1946. Planning for the milestone has just started, with talk of a commemorative sale to be held at Mareeba in far North Queensland, where the association was founded. 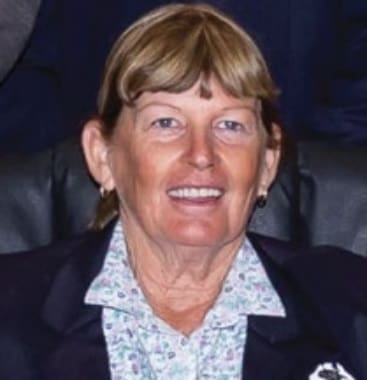 Taking up the reins as Market Information Manager at Meat & Livestock Australia in December was Stephen Bignell, who replaces Adam Cheetham.

After spending four years with the industry service delivery company, including terms as global market analyst, senior market analyst and manager of market information, Adam Cheetham has moved to a newly-created role with NH Foods Australia, based at the company’s head office in Sydney. His role is business operations advisor, where he will be involved in assessing market opportunities, maximising returns across the NH Foods business groups and developing future strategy. He will operate within the marketing and sales team headed by Andrew McDonald.

VFF president Emma Germano said Ms Lovell came to the position with significant industry experience as the manager for national rural issues at AgriFutures, and as a former CEO with Seafood Industry Australia.

“Jane will bring a wealth of experience and enthusiasm to the role and I look forward to working with Jane in continuing to move the VFF forward,” Ms Germano said.

“As the VFF looks to grow its membership and refocus efforts to return value to our membership and influence government decision making, this external appointment will help to ensure the VFF is a contemporary organisation that represents today’s Victorian farming sector,” she said.

Ms Lovell said some real challenges lay ahead to promote and secure the critical role farming has in Victoria’s communities and for the state. “I look forward to getting out and connecting with our members to better understand their priorities and concerns, and to working with the VFF team to provide a strong, united voice for Victorian farmers,” she said.

The appointment process, which was briefly delayed due to COVID and the 2020 VFF elections, followed a robust recruitment process that considered more than 100 applicants.

Mrs Carey has worked for the NTCA as Executive Officer for the past two years. A statement said she brought a wealth of industry experience to the role, including placing as a finalist in the 2020 NT Young Achiever’s Agriculture Awards and working in the NT cattle industry prior to joining the NTCA.

Click here to view the CEO position description on Beef Central’s Jobs Central recruitment platform. A permanent CEO appointment is anticipated in the next couple of months.

The Australian Government has re-appointment of Ross Carter as Inspector-General of Live Animal Exports for a second four-year term.

Agriculture minister David Littleproud said Mr Carter has considerable experience in regulatory practice and appropriate qualifications in science and environmental management, which are well suited to the IGLAE position.

“I congratulate Ross on his reappointment to this key role. He brings independence and impartiality, combined with his extensive regulatory background and a strong ability to undertake stakeholder engagement,” Mr Littleproud said.

“Since commencing as the IGLAE, Mr Carter has consulted with the minister and a wide range of stakeholders and developed a comprehensive three-year work program. He has completed one review looking at Monitoring and reporting during livestock export voyages and has a further three reviews currently underway. He has been clear in defining and communicating the independence of the IGLAE role and has worked constructively with the Department to develop and commence delivery of his work program.”

Mr Littleproud said the reappointment gave a clear signal to industry and the community of the importance the Government places on the position and the value that Mr Carter has brought to oversight of live animal export regulation.

The primary role of the IGLAE is to undertake independent audit and review functions of the live animal exports trade and provide assurance, including greater transparency on the systems and processes that underpin the department’s regulation of livestock exports. The independent role provides confidence for farmers, industry and the community in the regulation of livestock exports.

The Morrison Government late last year announced the appointment of Xavier Simonet as the new chief executive officer of Austrade, the Australian Trade and Investment Commission.

Mr Simonet, previously Group CEO and Managing Director of Kathmandu Holdings, which comprises some of Australia’s best known consumer brands, and has previously held the roles of CEO of Radley London and International Director of Seafolly Group. He also worked for 11 years for Louis Vuitton Moet Hennessy in Europe, Asia and Australia.

“As our key agency for promoting Australian trade, investment and education to the world, and developing tourism policy, Austrade’s role in providing advice and support to Australian businesses has never been more important, as they continue to face enormous challenges,” Minister Birmingham said.

“Mr Simonet will bring proven and strong leadership to Austrade, as it plays its part in helping Australian businesses to navigate through and bounce back from this significant period of economic and trade uncertainty.

Born and raised in France, Mr Simonet and his family have chosen to make Australia their home, where he has worked for iconic Aussie brands like Seafolly and Rip Curl. He brings a passion for Australia found in many a convert alongside an international perspective that will help to identify the right opportunities and messages to boost Australian sales around the world.