Changing of the guard at Red Meat Advisory Council

Both the chairman and chief executive officer of the Red Meat Advisory Council are moving on in coming months. 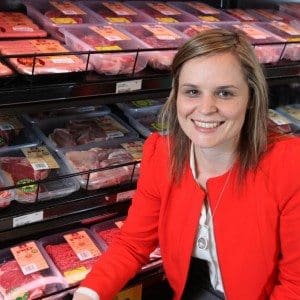 In unrelated developments, CEO Anna Neelagama (Campbell) has decided to take up a new opportunity and will leave RMAC in August. Beef Central understands her new role will see her stay in Canberra.

Having previously worked in policy setting with AgForce in Queensland, Ms Neelagama has spent the past five years at the helm of RMAC, the industry’s ‘paddock to plate’ policy leadership and advisory forum made up of producers, lotfeeders, processors, retailers and livestock exporters. It represents 80,000 Australian beef, goatmeat and sheepmeat businesses and their interests to the community, industry and government.

“Anna has been a dynamic CEO elevating the organisation’s profile and overseeing the development of several key initiatives during her time at the helm,” chairman Don Mackay said. “She has made a significant contribution to RMAC and the whole red meat industry during her term, which saw a number of major projects undertaken including completion of the industry’s key strategic plan Red Meat 2030 and the review of industry structures,” he said.

Chairman Don Mackay is himself due to step down from his role at the end of September, having completed his four-year term.

A recruitment process is expected to unfold in coming weeks to deliver a new RMAC chairman, but Beef Central was told it was likely that an interim CEO would be appointed in a custodial role, to allow the new chair to be involved in the choice of a new permanent CEO.

He succeeds Lisa Sharp, who leaves the industry service delivery company after five years (see profile in last People on the Move).

Mr Low has a strong marketing and commercial business leadership background, spanning multiple and diverse industries including Fast Moving Consumer Goods, retail, manufacturing and agribusiness. He joins MLA from Ladbrokes Australia, where he was general manager of marketing. Prior to that he worked with food giants including Unilever and Sunrice. He will be based out of MLA’s North Sydney office. For the past six years, Mr McGee has been manager of feedlot and external cattle operations at Rangers Valley, a 50,000 head yard near Glen Innes in northern NSW. Earlier he managed AA Co’s Central Queensland feedlot operations at Goonoo, near Comet.

Harvest Road’s $50 million intensive feeding project at Koojan Downs, near Moora, will be the largest cattle feedlot in the state, accommodating around 40,000 cattle at one time. Feeder cattle will come from Minderoo’s northern pastoral operations. Turnoff will be about 60,000 head per year, once the project is fully operational.

Taking over the reins as feedlot manager at Rangers Valley is former assistant manager, Alex Smith.

Mr Fullagar has worked in his family farming business in Queensland for the past few years, but previously spent a decade with the Australian Agricultural Co, including management of the company’s southern supply operations based at Dalby.

Sandalwood’s Korean owners Lotte are investing around $10 million in a major feedmill upgrade this year, including a shift to steamflaking, which will double current milling capacity.

Experienced agribusiness boardmember and former banker, Mike Carroll, has resigned from the board of Elders. 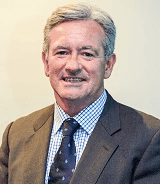 Mr Carroll, who joined the Elders board in 2017, spent a term as board chairman before handing over the reins to Ian Wilton last year.

He has had close to 30 years’ experience in food and agribusiness in executive and non-executive roles, including directorships including two terms as a board member for Meat & Livestock Australia as well as directorships with Sunny Queen, Paraway Pastoral Co, Rural Funds Management and Viridis Ag. Earlier in his career he held senior executive positions at the National Australia Bank and was responsible for establishing and leading NAB’s Agribusiness division. He operates a cattle property in western Victoria.

Elders said it would make a non-executive director appointment to fill Mr Carroll’s board vacancy.

The company last month also announced that company secretary Sanjeeta Singh was stepping down, being replaced from this month by former assistant company secretary Shannon Doecke. Ms Singh will continue in her ongoing capacity as Elders head of risk, safety and environment.

The board of directors of CSIRO, Australia’s national science agency, has reappointed Dr Larry Marshall as the organisation’s chief executive for a further three years. 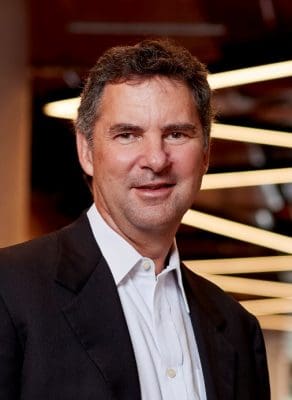 Dr Marshall joined CSIRO in 2015. He introduced ‘Strategy 2020’ shortly after joining the organisation to focus CSIRO towards continued science excellence, while aiming to amplify the delivery of solutions from science – translating endeavour to initiatives that put science in the hands of the community, business and the public.

CSIRO board chairman David Thodey commended Dr Marshall’s achievements. “Over the last five years, Larry’s leadership has seen our impact on Australia grow. We have seen significant progress across a number of areas including growth in economic benefit for Australia from CSIRO’s science; a ten-fold increase in CSIRO’s equity portfolio; a capable and engaged team of scientists and researchers committed to serving our nation; and the highest number of partnerships with industry for 30 years,” he said.

Minister for Industry, Science and Technology Karen Andrews said the role of science and the work of the national science and industrial research agency had never been more crucial after the summer of bushfires and during the COVID-19 pandemic.

Mr White owns and runs family-based farming business, Bald Blair Angus, located near Guyra in the New England area of NSW, with his wife Kirsty and two sons.  He is the third generation of Whites to run Bald Blair. The business runs a seedstock and commercial Angus herd, as well as crossbred sheep, on Bald Blair and other properties east of Guyra. 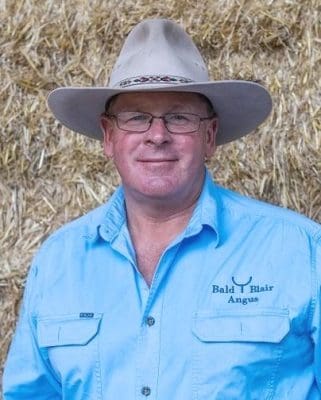 The White family has run Angus cattle on their properties for well over 100 years, with the herd first recorded in 1908. The family have been members of the Angus Society over the last 101 years as one of the original founding members.

Mr White has been an active member of a number of Angus Australia Board committees and consultative committees, assisting in advisory roles.

The NSW Department of Primary Industries’ long-serving deputy director general for biosecurity and food safety, Dr Bruce Christie, has stood down from his role after almost 40 years protecting the state’s economy, environment and community from pests, diseases, weeds and contaminants.

DPI’s director general, Scott Hansen, congratulated Dr Christie on an incredible career and congratulated him on his significant accomplishments as head of NSW biosecurity and food safety agencies.

“Bruce has been a passionate and dedicated ‘Biosecurity Warrior’, working in roles from front-line veterinary services through to leading some of the state’s largest emergency responses to exotic diseases,” Mr Hansen said.

“He graduated as a Vet from the University of Queensland in 1979 and, since 1982, has been actively protecting the nation’s biosecurity including as the NSW Chief Veterinary Officer between 2002 and 2010.”

In 2011, Dr Christie was appointed as the first head of Biosecurity NSW, representing the state on the National Biosecurity Committee and chairing a number of national biosecurity working groups.

He has successfully managed the state’s responses to important pests and diseases, including the eradication of equine influenza as well as leading the creation of the NSW Biosecurity Strategy and the NSW Biosecurity Act 2018, both of which emphasised ‘shared responsibility’ in protecting Australia’s biosecurity status.

Dr John Tracey will take up the role as the state’s new Deputy Director General, Biosecurity and Food Safety.