Beef Australia in the hunt for new chair and CEO

The Board of Directors of Beef Australia, the national beef industry expo held every three years in Rockhampton, will elect a new chairman and appoint a new chief executive in coming months, as the countdown starts for the 2021 event. 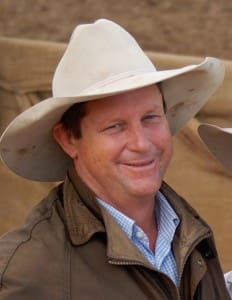 Queensland beef producer Blair Angus, who has chaired the past two expos, has confirmed he will not re-stand for another term, meaning the board will elect a new chair at its upcoming December meeting.

The national beef expo has also started a recruitment process to appoint a new chief executive officer, to lead the organisation in the planning and delivery of Beef 2021. Former CEO Denis Cox, who led the team managing the past two expos, has resigned to take up a new challenge as part-owner and general manager at Rockhampton’s popular Great Western Hotel. A new CEO appointment is planned for the new year.

Triennial elections for directors are already underway, with a Beef 2021 board also to be announced in December. The challenge for the next committee and its new management team will be to build on this year’s record numbers of 100,000 people through the gates and to better the high-water marks set for stud cattle entries and trade fair sites. More than 1200 international delegates from 43 countries attended the event in 2018 as current and potential customers, making it a global marketplace for both products and ideas.

Beef Australia 2021 will be held 6-12 May that year in Rockhampton.

The Australian Wagyu Association held its annual general meeting in Armidale last week, and the first meeting of the new AWA Board on Thursday appointed Queensland Wagyu producer and lotfeeder Chantal Winter as its new president. 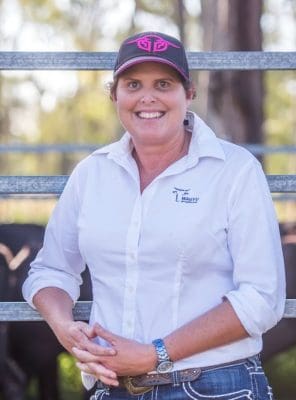 Ms Winter is the first female president of the AWA in its 30 year history.

She and her husband Anthony manager Macquarie Wagyu, located on the Southern Downs region of Queensland south west of Toowoomba. The couple have been managing the property, including a specialist longfeed feedlot for more than 10 years. The property joins around 700 fullblood females annually. Previously a Cattlecare auditor, Ms Winter is well-versed in genetics, breeding, carcase outcomes and management of Wagyu cattle and has served on the AWA Board for more than five years.

Last week’s 2018 Australian Wagyu Assocation AGM paid tribute to outgoing president Peter Gilmour who has served for the past three years. In that time, he oversaw the introduction of many strategic platforms including BreedObject $Indexes, BreedPlan Single-Step, the transition from MiP to SNP and the commissioning of the MIJ-30 carcase assessment cameras.

“It has been a pleasure to work with Peter during his tenure as President,” said Dr Matt McDonagh, AWA’s CEO. “His business insights and leadership have served the AWA well, to take us through a busy time in terms of strategic planning, member growth and development of Wagyu breeding tools. We are fortunate to have Peter remain on the Board to continue with that level of wisdom and to assist Chantal with her transition to the presidency.”

Mr Dexter’s new role will be as Hancock’s Northern beef development manager, understood to be based in Brisbane. 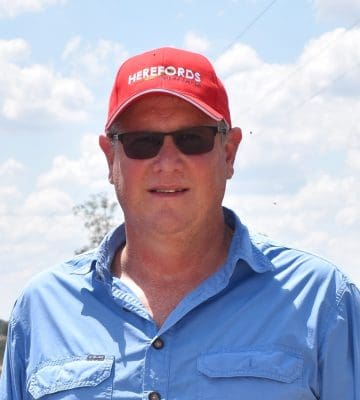 With an extensive background with BreedPlan and breed development, Mr Beattie brings a wealth of experience to his new role. Having grown up on a mixed grazing property near Walcha, he worked briefly for CSIRO, before moving to ABRI and working with BreedPlan, including program development in South America.

Mr Beattie then managed the Australian Wagyu Association for five years, before moving to the US where he managed the US Wagyu Society for six years. On returning to Australia, he worked with Angus Australia as member services manager before contracting as an industry consultant.

The Australian Livestock Exporters Council has appointed Mark Harvey-Sutton to the role of manager of policy and regulatory affairs.

In previous Canberra roles, Mr Harvey-Sutton was the manager of rural affairs at NFF, the acting CEO of the Sheepmeat Council of Australia and policy director at Cattle Council of Australia. Prior to that he worked for the Australian Government across a range of roles and issues including as assistant director, Meat and Livestock Policy at the then Department of Agriculture Fisheries and Forestry, and as Departmental Liaison Officer for the Minister for Regional Australia, Regional Development and Local Government.

He holds a Bachelor of Laws for James Cook University, a Graduate Diploma of Legal Practice from the Australian National University and is a Graduate of the Australian Institute of Company Directors. Mr Harvey-Sutton is also admitted as a Lawyer in the Supreme Court of the ACT.

He starts in his new role on 10 December.

Australian butchers went head-to-head with their Kiwi counterparts at the Trans-Tasman Sausage Showdown in Auckland recently.

Held at the Devro Great NZ Sausage Competition Awards Dinner, teams of two faced off in front of a live crowd to produce the highest number of quality sausages in a set time. The event was a joint initiative between Retail Meat New Zealand (RMNZ) and the Australian Meat Industry Council to promote independent butchers in their respective countries.

Australia was represented by NSW butchers John Hastie from Wollongong and Kory Edwards of Nowra, who were both recent winners at the 2018 National Sausage King competition.

The Australian team put up a strong fight but the NZ team of Corey Winder and Jeremy Garth outpaced them to win the event. The Trans-Tasman meeting was also a great opportunity for the two industry associations to discuss best practice, future collaborations and information sharing. The Women of Influence Awards encompassed ten categories of Women who are excelling in their field of business and within society. These awards are chosen from hundreds of applicants from around the country to help give these women the recognition for the work they achieve.

Simone grew up on cattle properties in Queensland’s Western Downs where her interest in the agricultural industry was forged. It was in the early 1990s when she began to develop her interest in Organic production systems and marketing.

Organic cattle numbers have surged in Australia thanks to Simone’s vision and passion for the industry. It is this vision that lead to the joint funded program between AOM Group and MLA to help other Australian producers gain their Organic certification. From this program the number of Organic cattle producers has surged to help meet the exploding demand for Australian Organic beef which has been fuelled by industry leaders like Simone.

Steph sets off across the Tasman 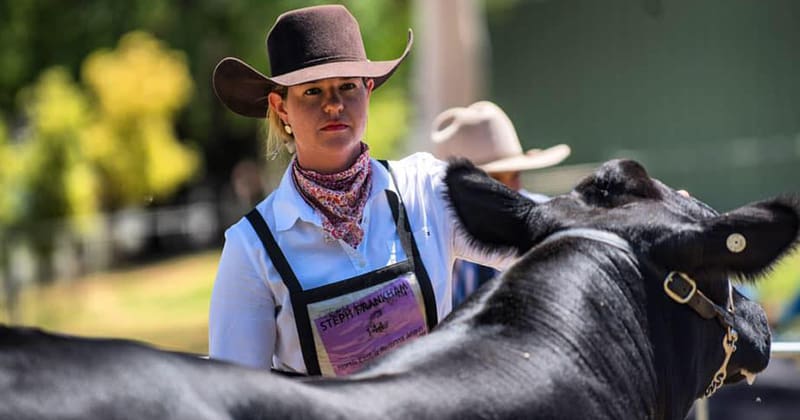 Ms Frankham, who hails from Toowoomba, Queensland, will embark on various activities involving the local beef industry during her time in NZ. She will spend time across both the North and the South Islands, visiting various Angus studs, commercial operations, dairy operations and will spend time meeting with members of the beef industry to learn about the practices in cattle operations in NZ.

Ms Frankham credits the overall aspects of the scholarship opportunity as her reasoning for applying and has said she looks forward to experiencing different beef operations, different types of agricultural industries and being given the opportunity to network with members of the NZ beef industry.

She grew up on family beef cattle operations across the Hunter Valley and Liverpool Plains, where her family breed Shorthorn and Shorthorn x Angus cattle.  She grew up heavily involved in showing cattle and was National Champion Beef Parader in 2010.

She studied a Bachelor of Production Animal Science at the University of Queensland Gatton campus and is currently studying a Diploma of Grain Management.