The award, for outstanding service to the Australian beef industry, was presented during the Santa Gertrudis Breeders Association’s 50th year dinner and accepted by Mr Acton’s widow Jennie and son Tom. Mr Acton was tragically killed in a campdrafting accident in 2014. 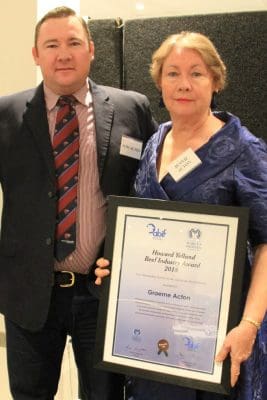 The Howard Yelland award was first presented in 1987 and is presented each year, with a total of 36 recipients to date.  It is presented by the Australian Beef Industry Foundation in conjunction with Marcus Oldham College and honours those who have given outstanding service to the industry.

“He was also a champion for the cattle community through his support for the development of Beef Australia, the Stockman’s Hall of Fame, the Royal Flying Doctor Service, the sport of campdrafting and the Santa Gertrudis Breeders Association,” Mr Gunthorpe said. Mr Acton was also a major supporter of youth in the beef industry.

“Being a leader can be a lonely place,” Mr Gunthorpe said. The traditional northern beef industry was often sceptical of Graeme’s vision for the future of northern beef production, but as a leader and innovator, he shared his vision and was supported by people who saw value in the opportunities he foresaw for the northern industry. Graeme lived to see the changes he advocated for – improved genetics and improved supply chain management, become the new direction for our industry,” Mr Gunthorpe said.

In accepting the award, Mr Acton’s son Tom said his father was passionate about his livestock and committed to the Santa Gertrudis breed.

“As a founding member of the Santa Gertrudis Breeders Association and later the organisation’s president, he understood the importance of listening to others and then working to achieve common goals,” he said.

Queensland’s state farm organisation, AgForce, will have its first female general president in the organisation’s 120-year history later this year. 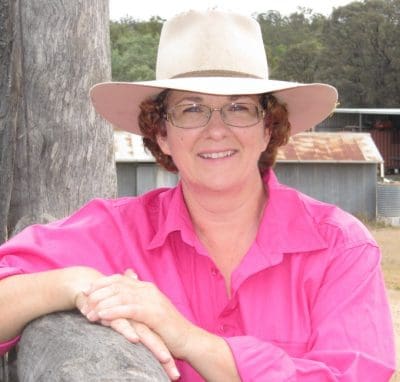 AgForce Queensland will transition to a new leadership team in November, when South Burnett region cattle producer Georgie Somerset becomes the lobby group’s new general president, after Grant Maudsley chose not to re-nominate for the position following four years in the top job.

The changeover will take effect after AgForce’s AGM on 20 November.

Mrs Somerset, who runs a family beef cattle farming business in Durong with her husband Robert, steps up to general president after serving in various roles for AgForce since its inception, including vice-president/deputy chair and Southeast Queensland regional director over the past four years.

She also serves on the Australian Broadcasting Corporation board and is a director of the Royal Flying Doctor Service in Queensland, and Children’s Health Queensland Hospital & Health Service.

AgForce CEO Michael Guerin welcomed Mrs Somerset to her new role and paid tribute to Mr Maudsley, a Mitchell cattle and grains producer who served as president for the past four years and has been involved at various levels with AgForce for 16 years.

“Grant has been a prominent voice and tireless advocate for Queensland agriculture, and has been at the helm while AgForce streamlined our organisational structure,” he said. “It’s a reflection of his strong leadership that our membership numbers have been increasing steadily and there is renewed interest from primary producers right throughout Queensland seeking involvement in AgForce boards and regional councils.”

Mr Maudsley said he felt a great sense of pride in how AgForce had strengthened over the past four years, how the industry had united on common causes, and how individual producers had felt more empowered to speak up on their own behalf or through organisations like AgForce and others.

Australia’s national science agency CSIRO has appointed Dr Cathy Foley as its new chief scientist – a unique role which will help champion science, its impact and contribution to the world. 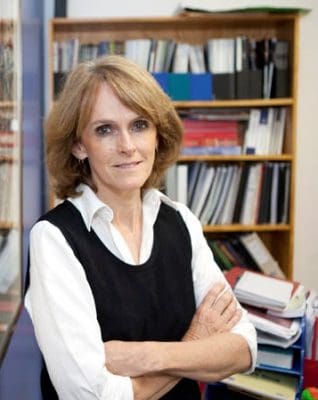 Dr Foley is a world-renowned physicist and science leader most noted for her work developing superconducting devices and systems which have assisted in unearthing over $6 billion in minerals worldwide. She starts in her new role in September.

“Australia’s future prosperity will be fuelled by science,” Dr Foley said. “Science which creates new industries, new jobs and shapes the minds and aspirations of our future leaders. We can’t keep thinking about science as something which is locked away in a lab. It connects and drives everything we touch and do.”

“I’m looking forward to helping shape the science agenda and raising the profile of the role of women in science, technology, engineering and maths.”

Dr Foley is currently the Deputy Director and Science Director of CSIRO’s manufacturing business unit. She has been an advocate for women in science, for the communication of science and science education over the past 30 years.

“Cathy is a great contributor, with a passion for turning excellent science into powerful solutions for Australia,” he said. “I am looking forward to seeing her make this role her own, and bringing the voice of CSIRO science to help Australia navigate a path to prosperity through global disruption.”

Dr Foley was awarded a Public Service Medal on Australia Day in 2003. In the same year, she won the Eureka Prize for the promotion of science, and she is a past national winner of the Telstra Business Women’s Award for Innovation in 2009. 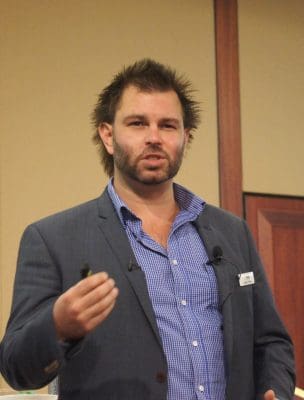 As MLA’s group marketing manager, he was at the helm of the red meat industry’s controversial Australia Day campaigns which included Operation Boomerang and 2016’s January campaign.

During his time at MLA, the marketer also obtained a reputation for being an outspoken voice in the industry, stating “most marketers are crap” at a Mumbrella OMA event last year. 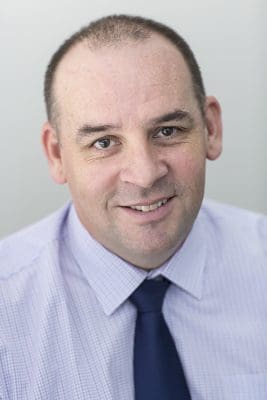 Following the recent closure of the Livestock Biosecurity Network, the organisation’s former chief executive, Duncan Rowland, has taken up a new position as executive officer for the Stock Feed Manufacturers Council of Australia.

He replaces John Spragg, who announced his retirement earlier this year after 16 years in the role.

Prior to his most recent position with LBN, Mr Rowland spent 13 years with Animal Health Australia, managing biosecurity planning and implementation. As part of that, he was responsible for managing the national ruminant feed ban and issues relating to RAM regulations and feed mill audits.

Earlier he worked in the feedlot industry, initially managing the Victorian Department of Agriculture’s Rutherglen research feedlot before moving into management roles at Killara and then Sandalwood feedlots. This past experience has he is well equipped to manage the contemporary issues in which the SFMCA is involved, including dealing with Government regulators and livestock peak industry bodies.

The AuctionsPlus Super Assessor program recognises assessors who have and going above and beyond for every livestock assessment.

AuctionsPlus CEO, Angus Street said with over 940 trained and accredited assessors engaged with AuctionsPlus, it was never going to be an easy task to select the inaugural Super Assessors.

“These are the guys who go on farm, objectively measure the stock and list them for sale. When marketing stock to a national market it is critical that online buyers have the confidence and required information to purchase, which is why we feel it is important to recognise those at the top.”

AuctionsPlus asked its top 100 assessors ranked by turnover who they thought were the benchmark for assessment quality, consistency and objectivity.

“These assessors provide exemplary service to their clients, buyers and their agency peers. They are highly motivated to grow and evolve the AuctionsPlus platform and share their knowledge and experience with the next generation of Assessors,” Mr Street said. 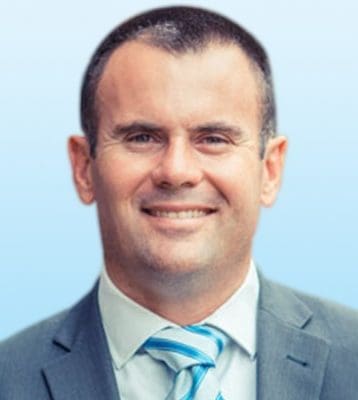 Angus Macleod joins Colliers as a director of rural and agribusiness, and will be based in Wagga Wagga. He brings a balance of agency, auctioneering and valuation experience to his new role and is looking forward to exposing his clients to a global firm. 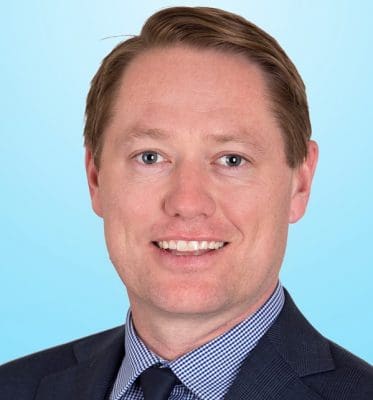 Jim Guilfoyle joins the NSW team as a manager based in Tamworth, after spending his first year in Brisbane, following a number of years working in Coles’ livestock business. Jim has strong relationships both in the region and nationally with key clients.

Henry Mackinnon joins Colliers as an executive based in the Sydney CBD office after joining the firm from Albury. He has strong experience in Melbourne and an understanding of agricultural production in Tasmania, Victoria and NSW. 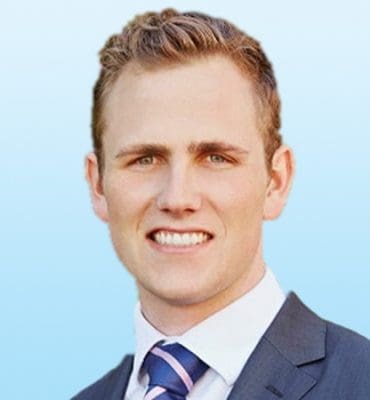 “Our business has committed to expanding our rural offering in NSW and now have experts based in all the state’s key markets,” head of Rural and Agribusiness at Colliers International, Rawdon Briggs, said.

Colliers NSW has recently listed several premium assets in the state, including New Merrigal in the renowned Collie district and Glendon Park in the heart of the New England Tablelands.