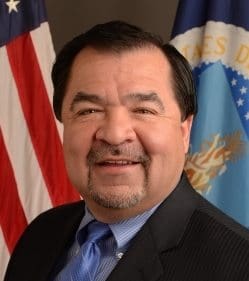 Mr Almanza retired last month after a 40-year career with USDA’s Food Safety and Inspection Service, where he worked as chief administrator for the past decade, leading the agency’s 10,000 employees.

His new role with JBS will be as head of food safety and quality assurance.

The appointment of such a high-profile individual sends a signal about JBS’s intentions in the food safety and regulatory space. One of Mr Almanza’s last significant tasks while with FSIS was suspending Brazilian beef exports to the US, following investigations into tainted meat and bribery in the Brazilian meat industry.

JBS’s largest shareholders Wesley and Joesley Batista earlier this year admitted paying as much as A$190 million in bribes through their J&F Investments vehicle during 25 years to Brazil’s politicians and meat inspectors. Through leniency agreements they avoided prosecution and jail time by paying about A$4 billion in fines.

As deputy under-secretary for food safety with the USDA, Mr Almanza visited Australia in 2015, speaking to an industry audience at Beef 2015 in Rockhampton. He is globally recognised as an expert in development of modern inspection systems, food safety, risk management and international sanitary standards that govern market access for meat products.

Having attended an agricultural high school in NSW, Mr Tolmie is a graduate in accounting, majoring in international business, leaving him well qualified to lead MLA’s market intelligence team. His most recent employment has been with Danone, Telstra and Coca Cola. 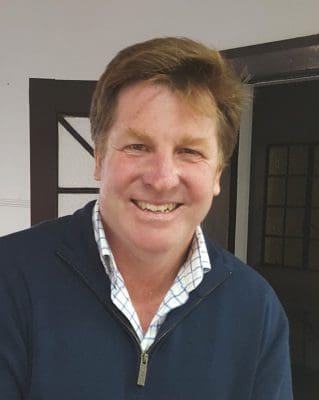 WALRC was established by MLA in early 2015 to gather feedback on the research, development and adoption priorities of grassfed beef and sheepmeat producers and stakeholders across southern WA. Northern WA producers from the Kimberley and Pilbara regions have input into RD&A priority-setting through the North Australian Beef Research Council.

MLA’s general manager for producer consultation and adoption, Michael Crowley, said Dr Watts had worked within the livestock industry as a vet for more than 30 years, and had broad experience in the industry with a background in consulting and as a livestock producer.

He has held a number of livestock industry business and strategic roles over his career to date, and has extensive experience in the research and extension field.

Dr Watts has been farming at Pingelly since 2000 and runs a commercial Merino flock including terminal lamb production with winter cropping. He has also been consulting part-time to private farm businesses and the veterinary pharmaceutical industry since 2000.

Inaugural WALRC coordinator, Erin Gorter, has stood down from the position following the completion of her two-year tenure earlier this year.

“Erin has made an outstanding contribution to WALRC in spearheading its work consulting with producers about where their levies should be directed and advising on strategic requirements and operational priorities for RD&A activities in the region,” Mr Crowley said. 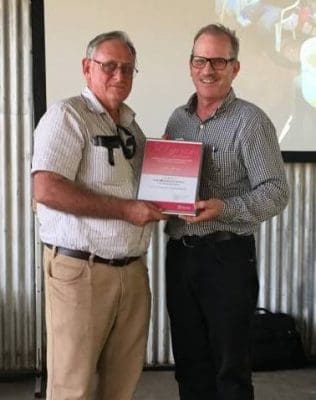 Mr Laing is well known in beef circles in the state and has been based in North Queensland for most of his career. DAF science director, Beef and Sheep, Bob Karfs acknowledged his contribution to the department and to the beef industry.

“Alan’s knowledge of the northern Australian beef industry, its people, history, landscapes and productive potential is second-to-none,” he said. “His willingness to impart his understanding is well recognised by producers and staff alike and he has a special knack of making projects work, often in challenging circumstances.”

Mr Karfs said Mr Laing started as a cadet with the Department of Primary Industries in 1968, and had been involved in many programs for the department including breeder herd management, artificial insemination programs, grazing trials, cattle supplement trials and stockhorse breeding.

He had led many Producer Demonstration Site projects, which have been important in demonstrating the practical outcomes from research to achieve practice change among producers. “We will miss his expertise and practical way of getting things done,” Mr Karfs said.

The Australian Lot Feeders Association has appointed Linda Kelly as its new manager for policy & projects.

She holds a Masters of Business Administration, Graduate Certificate in Professional Education & Training and Bachelor of Education qualifications. Having previously owned a small irrigation farm and mixed dryland property in Northern Victoria, Ms Kelly has a lifelong passion for agriculture.

She replaces Annabel Johnson, who filled the policy officer’s role for a short period towards the end of her ALFA employment, who now works in a similar role with NSW Farmers. ALFA’s previous policy officer, Fernando Mendoza, recently took up a new policy officer position with Cattle Council of Australia, having briefly worked for a branded beef supply chain.

SGBAA president Scott Ferguson said the organisation undertook a national search for candidates to lead and develop the Santa Gertrudis breed, with Mr Ware emerging as the strongest in a field of many excellent candidates.

With 25 years in agribusiness, Mr Ware was uniquely positioned for the role, the SGBAA said. “He has a great track record of growing business, implementing change and developing people. We’re convinced he will lead our breed to great things in the coming years,” Mr Ferguson said.

Growing up on a sheep and cattle property near Blackall, Mr Ware has been closely involved with the rural sector all his life. He started his career in 1989 as a property manager before working as a stock and station agent then moving into rural banking with Rabobank, an industry in which he has excelled for the past ten years.

Mr Ware takes over management of the SGBAA from Ben Noller who has held the position of general nanager for the past three years. “Under Mr Noller’s guidance the breed has gone from strength to strength,” Mr Ferguson said.

Victorian Farmers Federation chief executive Graeme Ford recently stepped down from his role, after more than two decades’ service for the state farm organisation, incliuding the past six years as CEO.

VFF president David Jochinke said the VFF board came to an agreement with Mr Ford that he would step down as CEO, reflecting its intention to seek a new approach in the face of the prevailing challenges facing Victorian farmers. Mr Jochinke said Mr Ford provided extraordinary service to the VFF and its members throughout a distinguished 20-year career with the organisation.

“Graeme has helped shape the organisation during that time,” Mr Jochinke said. “He helped 16,000 farmers prepare for the introduction of GST by running an education program in 2000, led the VFF’s disaster relief responses in 2002-03, 2006 and 2009 and he put together a coalition of rural organisations to develop the mental health program Look Over the Farm Gate.”

Some of the key issues addressed in this time included the removal of the moratorium on genetically modified canola, the removal of the fire service levy from insurance premiums, the Murray Darling Basin Plan, the reform of drought support measures and funding for infrastructure.

“The Board has identified that the way forward calls for a need to leverage more from the commercial aspects of the VFF’s operations while continuing to drive key policy initiatives on behalf of the membership and the broader agricultural sector,” Mr Jochinke said. “In considering these priorities, and taking into account the difficulties facing Victorian farmers, the VFF Board has come to the view that a fresh approach would be in the best interests of members as we seek to navigate the challenging industry environment and take the organisation to the next level.”

A recruitment process is underway to find a successor. VFF policy director Simon Arcus will serve as acting CEO in the interim.